Based on the best-selling book series by Terry Brooks, which has sold over 26 million copies worldwide, and executive produced by Jon Favreau (Iron Man), The Shannara Chronicles is the first in an epic series set in a world thousands of years after the destruction of civilization.

Earth has been divided into the Four Lands, whose inhabitants are a mix of races including elves, dwarves, trolls, gnomes and humans. At the centre is the Shannara family, whose descendants are empowered with ancient magic and whose adventures continuously reshape the future of the world.

As the story begins, dark and terrible forces, thought to be confined for years, begin to escape. Three unlikely heroes learn that only they have the power to stop the advancing evil and they form an uneasy alliance as they are forced to embrace their destinies. 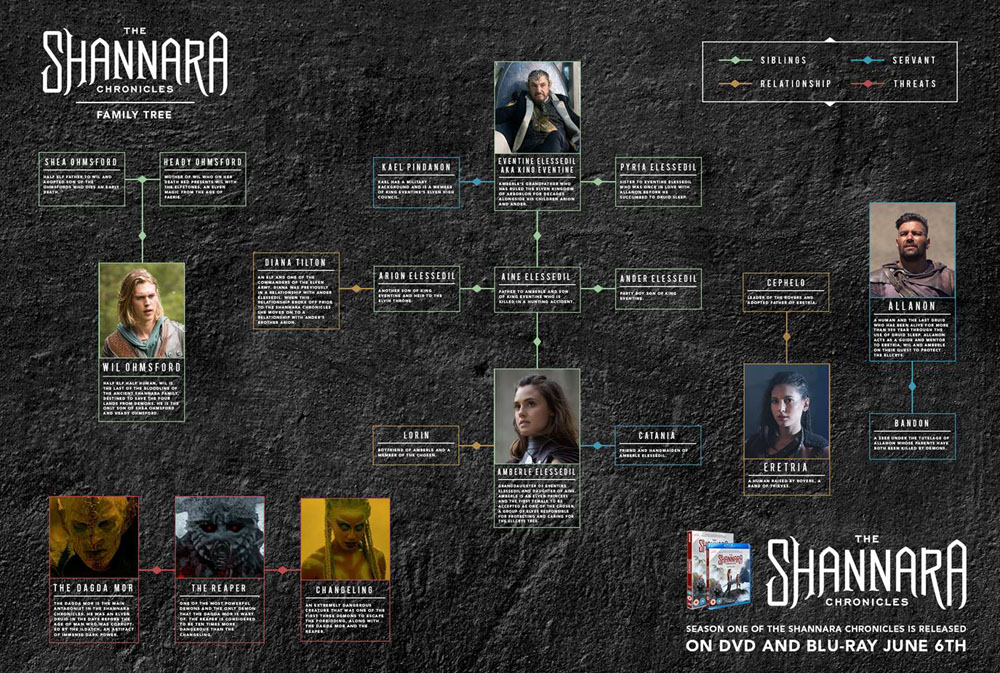 To celebrate the release of the first season on Blu-ray and DVD from Monday 6 June, we’ve got 3-disc DVD box sets to give away to three of our Twitter followers!

This competition has now closed. The winners are Robert Taylor from Brixham, Margaret Garner from Romsey and Jane Ward from London.