Daniel Radcliffe stars in the refreshingly hilarious What If?, where boy-meets-girl, but in this instance the girl already has a boyfriend. This Valentine’s Day, don’t miss the heart-warming comedy that takes on the classic romantic quandary of whether men and women can ever really be “just” friends, as What If? arrives on Blu-ray™ and DVD on Monday 9 February, courtesy of Entertainment One.

Follow @CultBoxTV and RT for a chance to win What If? on Blu-ray #WhatCB 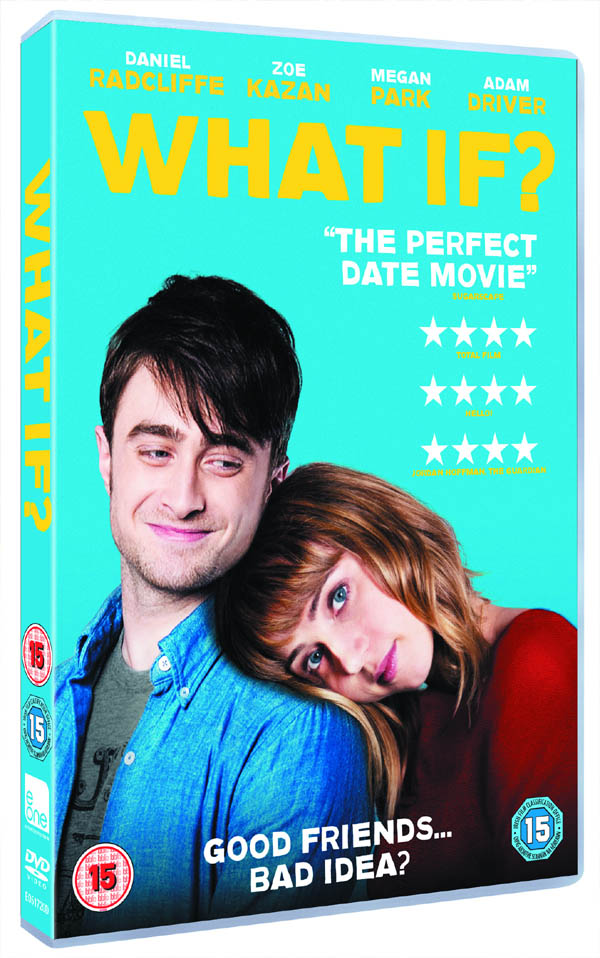 What If? follows the life of Wallace (Radcliffe), a medical school dropout who has been repeatedly burned by bad relationships. So while everyone around him, including his roommate Allan (Driver) seems to be finding the perfect partner, Wallace decides to put his love life on hold. It is then that he meets Chantry (Kazan), an animator who lives with her long term boyfriend Ben (Spall).

Wallace and Chantry form an instant connection, striking up a close friendship. But there is no denying the chemistry between them, leading the pair to wonder: what if the love of your life is actually your best friend?

This competition has now closed. The winners are from Ryan Christie from London, Ashley Green from Portsmouth and Niall McKenzie from Romford.