Christopher Hamilton Bidmead became script editor of Doctor Who in late 1979, brought onboard by new Producer John Nathan-Turner. Bidmead had been an actor, scriptwriter and journalist, and was recommended to JNT by Robert Banks-Stewart (who had written for the show in the mid-Seventies).

He inherited a situation where JNT and Executive Producer Barry Letts wanted a more serious, scientific grounding to the stories, meaning that any scripts being considered from Douglas Adams’ time on the show were no longer a good fit. JNT commissioned The Leisure Hive from David Fisher, which Bidmead heavily rewrote; removing jokes and adhering to the new spirit of scientific integrity.

This meant a search for old scripts that could be reworked and new writers. Novelist Christopher Priest and Quatermass’s Nigel Kneale were approached, but it was acquaintances of the production team and scripts found down the back of the filing cabinet that made it onscreen.

Meglos was by John Flanagan and Andrew McCulloch, the latter of whom was known to Bidmead through his time as an actor. Andrew Smith, a teenage fan, had sent scripts in to Anthony Read, and was commissioned based on one of these.

Stephen Gallagher was commissioned as backup in case Christopher Priest’s scripts fell through (which indeed they did), having had a radio script passed to the production office. Johnny Byrne had worked with JNT on All Creatures Great and Small (and was offered the script editor job before Bidmead). State of Decay had been commissioned by Robert Holmes but pulled by the BBC and replaced at short notice by Horror of Fang Rock.

The positive side to this was the introduction of new writers after the pool had dwindled over the previous years. This was a necessary, tough job and Bidmead managed it against a background of upheaval as the show was revamped by the new production team. New writers without telly experience frequently required large rewrites, and Dicks’ script (and indeed Peter Moffatt’s direction) for State of Decay didn’t match Bidmead’s vision for the show.

There was also the issue of John Nathan-Turner imposing surprise companions. Having devised two new characters with Bidmead, the producer decided that the one-off supporting character of Nyssa should join the show permanently. Plus there was the need to write out Romana and K9 (again at the edict of JNT, this was not to be done in a soapy way, hence the rather abrupt exit) and then Tom Baker’s Doctor. 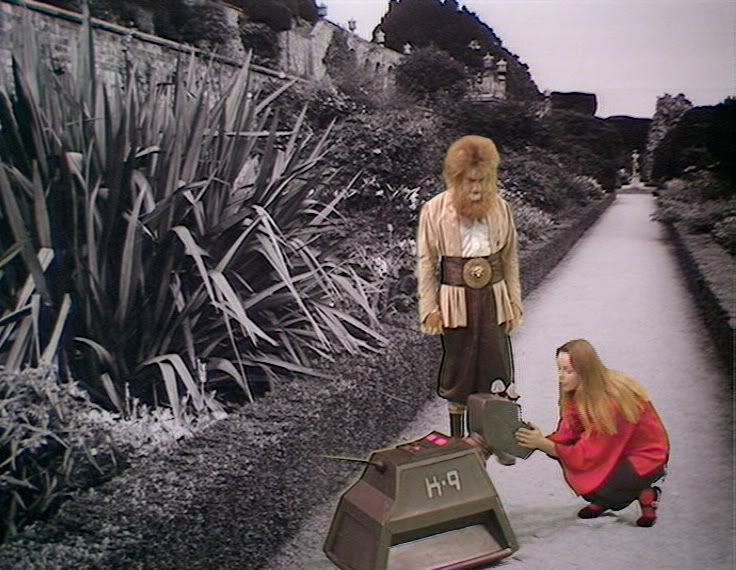 Inspired by fan advisor Ian Levine (but also, incongruously with his public persona, Coronation Street) Bidmead developed short arcs that fed into each other, and built up a thematic link for the series. Both of these practices would be used when Doctor Who returned in 2005.

Bidmead left after one series, but it was a series he worked very hard on. Though he had the help of John Nathan-Turner and Barry Letts, it’s rare that a Script Editor can enforce their vision of the show so thoroughly.

Douglas Adams had said that Doctor Who’s momentum made it hard to change the direction of the show, but in Season 18 the direction was changed almost immediately. Bidmead managed to partially get his way and stand his ground against the stalwart figure of Terrance Dicks.

Sometimes he even made some really good television.

No wonder he was knackered.

The amount of effort Bidmead put in is unquestionable, but the sheer contrast between Season 18 and the previous Season is a key battleground for arguments about what people want from Doctor Who.

There are fewer jokes in Season 18 and those that follow. This would most likely be the case without Bidmead’s involvement, as John Nathan-Turner also wanted the show to be more serious.

Season 18 reflects this pattern. It has some very scientific sounding words in. The majority might even have been accurately describing something real. The scripts during this season occasionally lingered on scientific descriptions for longer than had previously been thought necessary.

The clashes with the writer and director on State of Decay illustrate how Bidmead fought against the prevailing versions of Doctor Who. Dicks wrote it as a Hammer Horror riff, which was what the show did at the time. Director Moffatt wanted the production to reflect that. 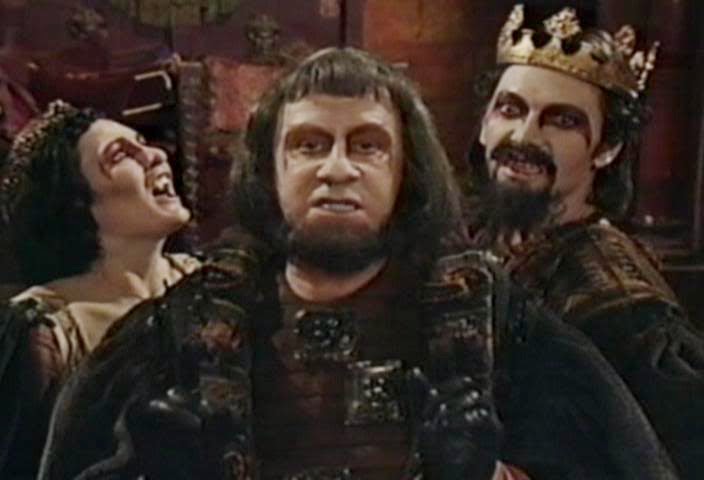 However, Bidmead found it hard to believe that structures on an alien planet would have gothic architecture, and didn’t want Doctor Who to retread old ground. You can understand both sides of the argument. Why not produce something that Doctor Who has demonstrably done well? Ah, but shouldn’t the show seek to do new things? Ahh.

What this ultimately leads to in the finished episodes is the sight of two distinct visions for Doctor Who occupying the same story.

When we get Logopolis – close to a pure, unfiltered Bidmead script – we get a significant insight into Doctor Who as hard science fiction. Amidst the Block Transfer Computations, waves of entropy and dimensional portals, we also get flights of utter fantasy and the wonderfully ludicrous.

The Doctor and Adric become trapped in a recursion of TARDISes until it stops. The Master knows what the Doctor is going to do because they’re the same species. The Watcher ‘was the Doctor all the time’. The TARDIS does not materialise underwater as part of the Doctor’s completely sensible plan because it lands on a barge instead.

In the latter case, Christopher H. Bidmead sacrifices logic for a joke. Up is down, black is white, cats and dogs living together etc.

In the other cases, we either don’t get explanations or we get one line that has to do an awful lot of work.

This is classic Doctor Who script editing. It’s noteworthy that, for all that the tone has changed, Doctor Who continually lends itself to glorious nonsense.