On Sunday, October 27, the Animations Panel at London MCM Comic Con announced an animated version of the Doctor Who missing episode Fury from the Deep will be released on DVD, Blu-ray and as an exclusive Steelbook in 2020.

The BBC has released a teaser for the animation:

Some reference pictures from the Animations Panel were shared on Twitter.

Fury from the Deep, the sixth serial from Season 5 of Doctor Who starring Patrick Troughton as the second Doctor, was first broadcast in six weekly parts from March to April 1968.

The story features a colony of sentient, parasitic seaweed, last seen in the eighteenth century, returning to attack a number of gas installations in the North Sea in an attempt to take over humanity. Along with Patrick Troughton, the episode stars Frazer Hines and Victoria Waterfield as companions Jamie McCrimmon and Victoria Waterfield. The Doctor’s sonic screwdriver was first introduced in Fury from the Deep. 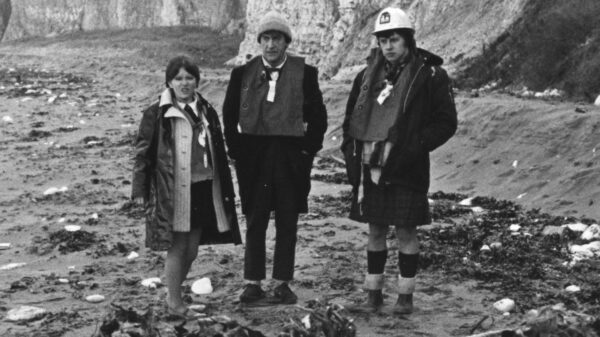 YouTuber Josh Snare uploaded an informative video titled The Making of Fury From The Deep.

No full episodes of this story exist within the BBC archives. However, off-air recordings of the soundtrack along with small bits of footage and still images exist to inform the animators.

Also announced earlier this year as coming out in 2020 is the Doctor Who serial The Faceless Ones.

No pre-order date has yet been set. We’ll let you know when the Fury from the Deep animation becomes available.