Ahead of the launch of Chloe, the new drama from Sex Education writer and director Alice Seabright, members of the cast and crew have talked about the show.

Chloe follows the story of an obsessed friend who goes to remarkable lengths to discover the truth and it deals with themes of identity in the era of social media.

Becky, still living with her mum and working as a temp, compares herself to the picture-perfect lives on Instagram, compulsively returning to one account: Chloe’s. Becky obsessively watches her seemingly flawless life through social media. But when Chloe dies suddenly, Becky’s need to find out how and why leads her to assume a new identity and engineer a ‘chance’ meeting with Chloe’s best friend, Livia, and infiltrate Chloe’s group of close-knit friends.

Through her alter-ego Sasha, Becky becomes a powerful, transgressive heroine; a popular, well-connected ‘someone’ with a life, and loves, that are far more exciting and addictive than the ‘no-one’ she is as Becky. However, the pretence soon obscures and conflates reality, and Becky risks losing herself completely in the game she is playing.

The Crown‘s Princess Anne, Erin Doherty, plays Becky Green and her alter ego Sasha. She considers if the pair are really so different:

“No, although it’s funny because everyone on the show has their own opinion. When you speak to people about this script on set, it’s interesting to hear what they say. Most people who I’ve interacted with feel that they are two different people almost. Whereas for me, it’s just Becky, but one side is her desperately trying to fit in (Sasha), and the other is her accepting that she doesn’t (Becky). So, it’s one person, but just engaging with the world in a completely different way, but the core is the same.” 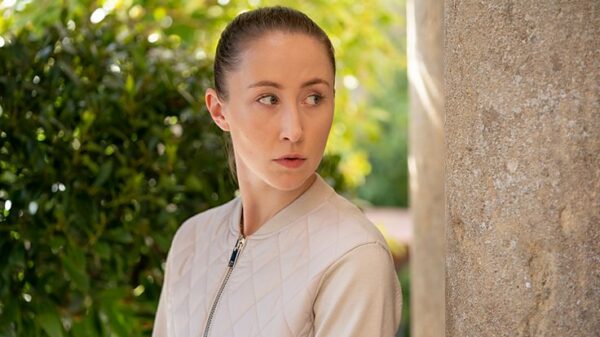 She also considers the show’s major theme in relation to Becky:

“In terms of identity, the main thing that I’ve found with Becky is her low self-esteem and low self-worth; she doesn’t feel like she has any genuine human connections. I’d go as far as to say she doesn’t know who she is, because she doesn’t really have anyone else to inform that. She only has her own opinion, which is very dark; she’s running away from that, to try and survive and get through life.”

Playing the husband of the deceased Chloe, Billy Howle (The Serpent) tells us about Elliot:

“Elliot is a complex person, he’s multifaceted. There’s a definite distinction… he has these outward attributes in which he’s kind, generous, thoughtful. He’s a politician, or at least thinks like a politician, so he is very diplomatic and able to hide the things that perhaps aren’t as savoury from the outside world, particularly his closest friends. Although his friends know him very well, as they’ve been friends since they were teenagers, so they’ve seen it all.” 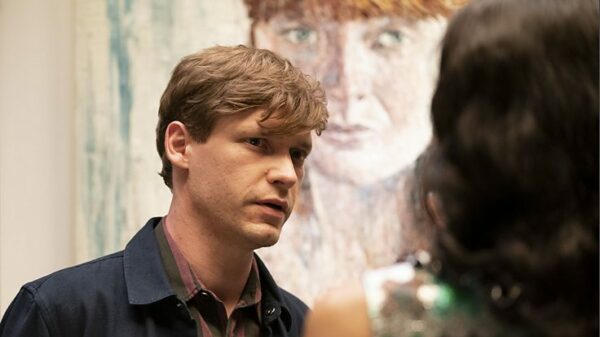 “Elliot has certain insecurities – or fragilities – that occasionally we see glimmers of, and as to why they might be. I think he probably wouldn’t want to admit it, but he’s perhaps more dependent on the people around him and the attention they give him than he would like to let on.”

“Liv is the sort of person that you’d want on your team. And when I say team, I mean, in your friendship group. She is first and foremost a mother and a wife, and she runs her own PR and events company. She’s fierce and loyal and funny and protective, she has quite high morals and high standards. She’s a cool customer, but I wouldn’t want to cross her. I think she’s just one of those lucky girls that seems to kind of have it all: she’s managing to juggle a business, a marriage, children, friendship groups – and she is absolutely the mother hen of her friendship group.” 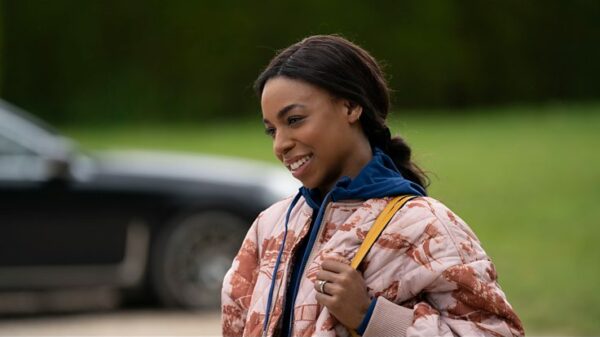 “She’s an aspirational person. I never feel that she’s reaching for anything, or even that she’s been handed everything on a plate. She’s operating on that frequency of having everything, but in a really lovely, unostentatious way.”

The writer and director of Chloe has also written an impressive introduction for the show:

“This is the story of Becky’s obsession with her estranged friend Chloe. When we meet Becky, it’s 15 years since they last spoke, but she still regularly lurks on Chloe’s social media page. Becky is socially isolated, taking care of a mother with dementia, and her only outlet is inventing fictional personas to create fleeting connections with strangers. She lives dangerously.”

“When she learns about Chloe’s death, Becky invents a new identity to infiltrate the group of friends left behind. Her actions cross ethical lines and challenge our sympathies, as she walks the tightrope of her lies. But I hope viewers will want her to succeed, even when they’re made uneasy by her actions and fear that her house of cards will collapse.” 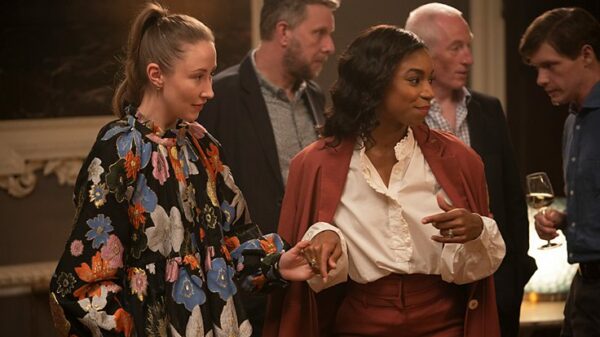 “At her core, Becky Green is someone I think we can all relate to. Erin Doherty brings her to life in an extraordinary, layered performance. She is yearning for connection. She struggles with social anxiety and intrusive thoughts. She is self-reliant and pushes others away to mask her low self-worth, always anticipating rejection. She is obsessive. She is weird, and surprisingly funny. She’s grieving – the emotions conjured up by Chloe’s death echo the loss of their teenage friendship. Becky has loved fiercely and felt huge pain. She has grown a hard shell to protect herself.”

“All the characters in Chloe are flawed, and our exceptional cast have portrayed them in all their contradictions. I’m excited for viewers to see their layers peeled back during the series. Nothing is quite as it first seems. I empathise with every character, but each of them must be measured by the yardstick of their actions. We may squirm as we recognise our own demons in them.”

“One of the main themes we explore is identity. How it can be reflected in friendship, especially those formative friendships that feel like epic love stories. How it can be warped by social media, class, coercion, trauma… We look at the stories we tell ourselves – so often inaccurate and distorted. Stories about who we are, which can trap us in destructive patterns of behaviour. And stories about other people, which fuel our envy, insecurities and alienation.”

“Chloe is a strange and dark show, yet it also holds humour, fun, warmth and hope. Amidst the lies and artifice, our characters find connection – often in unexpected places and against all odds.”

It’s certainly a tantalising introduction, and the trailer has us sold. Let’s hope the show lives up to its promise!

Chloe begins at 9PM on Sunday the 6th of February, on BBC One and BBC iPlayer. Outside of the UK, it will be found on Prime Video.