The BBC have formally announced their festive line-up and a shedload of air dates for their Yuletide programming, including Luther, Doctor Who and Les Misérables…

On Christmas Eve we’ll be treated to an original Christmas ghost story, The Dead Room, written by Mark Gatiss and starring Simon Callow. He’ll play Aubrey Judd, a veteran radio host of a horror series who discovers things in his past aren’t quite as dead as he once thought. That will air at 10pm on Christmas Eve.

Christmas Day ushers in a lot of family entertainment, with a seasonal outing for Mrs Brown’s Boys at 10:15pm as well as an adaptation of Julia Donaldson’s Zog (4:50pm) where Kit Harington, Hugh Skinner and Lenny Henry will voice medieval misfits.

Michael McIntyre’s Big Christmas Show will air at 6:45pm with some festive support by singer Katherine Jenkins and ex-footballer and TV presenter Chris Kamara playing Send to All.

Then at 8:35pm Upstart Crow returns for its own take on Dickens’ A Christmas Carol, with Kenneth Branagh’s mysterious stranger transforming David Mitchell’s Will Shakespeare’s life and filling him with love, light and hope.

Boxing Day sees the return of David Walliams’ book adaptations with The Midnight Gang at 7:30pm. It follows a young boy called Tom who finds himself bed-bound in hospital alongside a scary porter, a child-hating matron and an anxious doctor. However, when night falls Tom discovers the Midnight Gang who go around making dreams come true.

The ABC Murders also continue the trend of Agatha Christie stories adapted for our seasonal viewing. This time John Malkovich’s Hercule Poirot will pursue a killer travelling the length and breadth of Britain for victims only ever using the alias ‘ABC’. It also stars Rupert Grint, Andrew Buchan, Shirley Henderson and Freya Mavor. The first episode airs at 9pm.

Then on New Year’s Day we have the annual Doctor Who special to welcome in 2019. An alien threat rears its head just as Yaz, the Doctor, Graham and Ryan return home, and we’ll be able to see the gang at 7pm.

It’s then the return of Luther at 9pm with a spate of gruesome murders luring Idris Elba’s John Luther out of retirement once again. He’ll star alongside Wunmi Mosaku and Patrick Malahide. 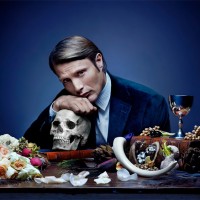