The original Sherlock Holmes adventure, beat out stiff competition from Audible and the BBC to scoop the prize at the 2022 Audio Awards.

To celebrate, the audio adventure is available in a flash sale; there’s 20% off the regular asking price until the end of Monday, 7th March.

The prolific audio producers are in the running for the Audio Drama category.

The Big Finish production Sherlock Holmes – The Seamstress of Peckham Rye is a finalist in this year’s Audie awards. The Audies celebrate achievement in spoken word, particularly audiobook narration and audio drama performance; presented annually by the Audio Publishers Association (APA), you can think of them as the audiobook Oscars.

Writer Jonathan Barnes’ tale, released in July 2021, stars Nicholas Briggs as Holmes with Richard Earl as Watson. It has stiff competition though, as the fellow finalists boast an impressive roster of talent; titles including Krysten Ritter, Nathalie Emmanuel, Beau Bridges, as well as Alex Jennings and David Suchet are finalists too.

However, for a small company, Big Finish often punch well above their weight in such contests. In 2021, they had two nominations and won with Doctor Who: Stranded 1. You can check out who they’re up against here.

Leafing through the finalists, we also spotted Audible’s The Sandman: Act II which is up for an award in the Fantasy category. The adaptation, from the legendary Dirk Maggs, features an embarrassment of talent including Neil Gaiman, James McAvoy, Emma Corrin, Brian Cox, Kat Dennings, John Lithgow, Bill Nighy and Regé-Jean Page. 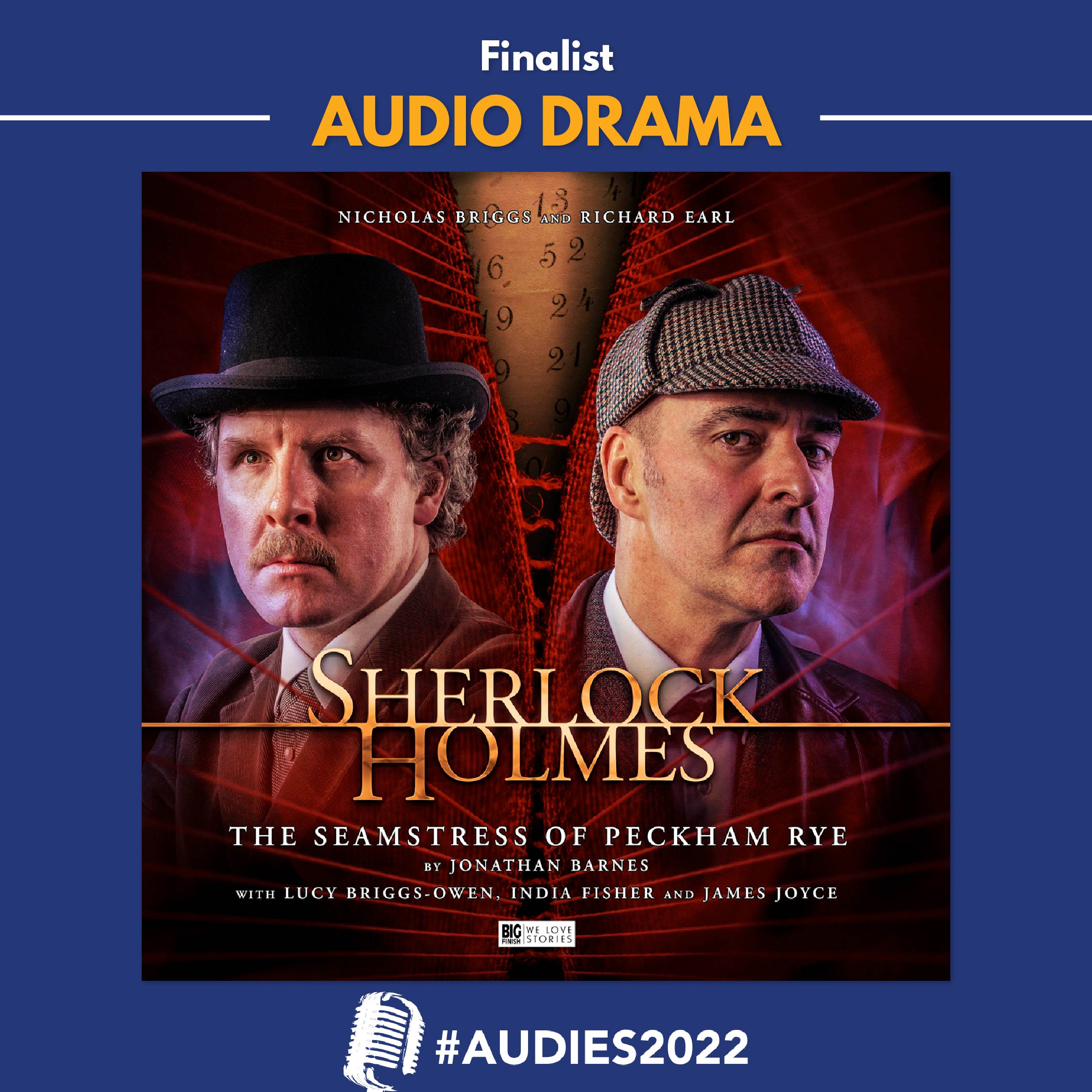 The story sees Holmes and Watson go head-to-head with new and old villains; after time apart, a secret code and a brutal murder brings the pair back together. As well as Nicholas Briggs and Richard Earl, it stars Mark Elstob (The Prisoner), Lucy Briggs-Owen (The Human Frontier), India Fisher (Doctor Who’s Charley Pollard) and James Joyce (UNIT). It was positively reviewed over at IndieMacUser:

“The Seamstress of Peckham Rye provides an engaging set of mysteries, though it is built with an intentionally unsatisfactory conclusion. There is a win of sorts, which Holmes lays out over cigars and brandy, but it is of this particular battle rather than the war. By the end, our two heroes are reunited but with a lingering sense of unease – Holmes is reinvigorated, with a new and worthy adversary, but Watson is left with a mark against his character. One we can be sure will return to haunt the pair down the line.”

Intrigued? Big Finish are celebrating with a flash sale; there’s 20% off the download until Monday 7th February.