Updated 18/02/22 – Big Finish have revealed the cover art and story details for Rose Tyler – The Dimension Cannon: Other Worlds. 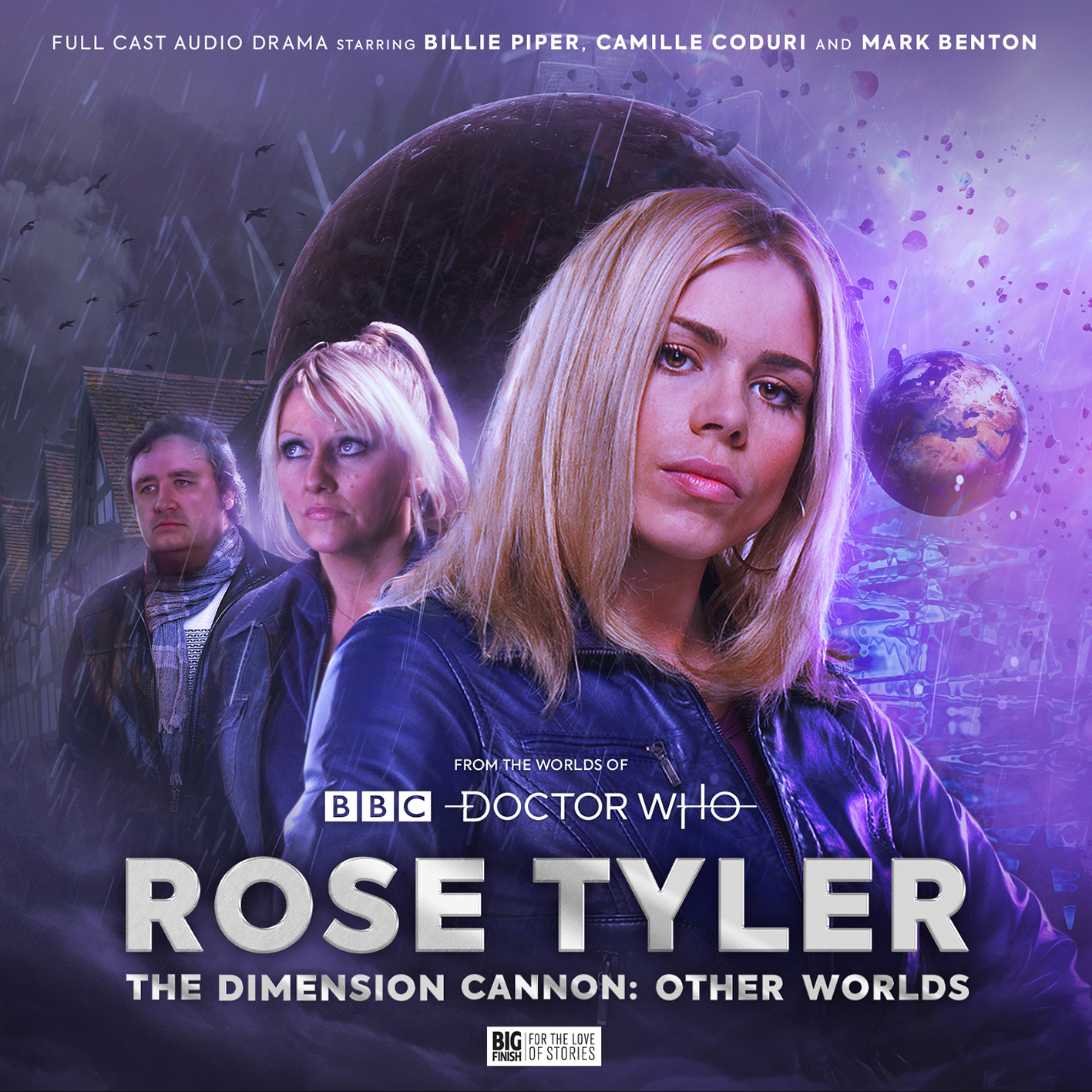 The first of two new volumes, continuing Rose’s inter-dimensional search for the Doctor, Other Worlds is comprised of three tales.

Saltwater by Alison Winter
Rose finds an Earth under threat, as something steals the salt from the oceans.
As global tensions escalate, Rose wants to make those in charge listen, and finds an ally in the shape of another Clive…

Now is the New Dark by AK Benedict
On an Earth where science never advanced from the Dark Ages, Rose and Clive find themselves under suspicion.
Someone is killing the Melancholics, but apparently there’s a Doctor here who can help…

The Rogue Planet by Emily Cook
Rose finds herself closer to home than ever – but she’s in for a shock.
Meanwhile, Jackie is a hit on daytime TV and Clive is a professor, but nobody seems to realise how much danger the world is in.

There’s a lovely quote from the irrepressible Camille Coduri too:

“I’m so hugely excited to be back recording with Billie Piper. It’s just always such a joy. I love her beyond life itself. To get to play our old roles again together in another adventure is brilliant fun.” 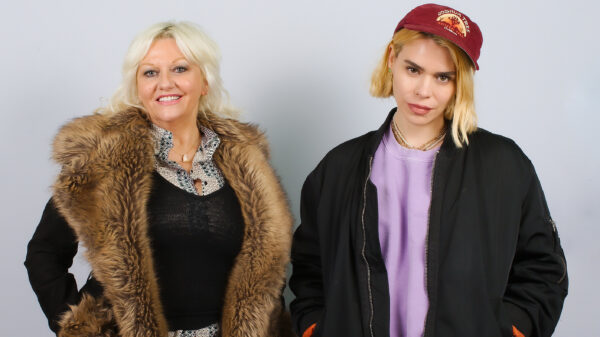 “I think fans better get their seatbelts on. The stories are rip-roaring and a lot of unexpected things will happen. There’s joy, comedy, pathos, sadness, and huge drama. Get ready for the ride.”

“I was so pleased when Big Finish got in touch to say they were doing more of The Dimension Cannon. Every time I get to play Clive again is a real surprise. Coming back is like coming home. It’s such great fun to record. This new series is exciting, it’s funny, and it’s very different. We had a blast doing it from start to finish.”

Rose Tyler – The Dimension Cannon: Other Worlds is released in October 2022. A further three-story volume, Trapped, is due in September 2023.

Left trapped on a parallel Earth, dubbed ‘Pete’s World’, Rose crossed dimensions looking for the Doctor when the universe was at stake. We saw her onscreen in Turn Left during that search and it’s the premise of Rose Tyler: The Dimension Cannon; first released in 2019, the Billie Piper fronted spin-off audio series was created by Russell T Davies. 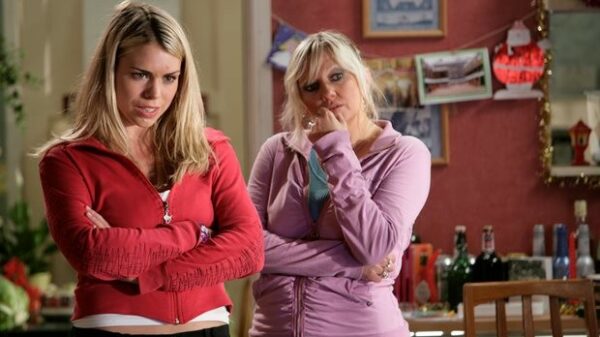 Joining Billie Piper will be Camille Coduri, reprising her role as Rose’s gloriously brassy mother Jackie. Also along for the rise is Mark Benton as Clive Finch (yes we know he died in Rose, it’s Clive from another dimension – just go with it!)

“The Dimension Cannon is such a brilliant idea and gives Rose a lot more life beyond the Doctor. But there’s also something quite sad about her search. It’s a real bitter-sweet series of tales.

I’m delighted for the fans to receive these new adventures. It’s something they talk to me about just as much as the episodes I appeared in on TV. It seems like there’s an enormous appetite for it and it’s very moving to imagine listeners spending a few more moments with this family particularly.”

Doctor Who: Lockdown! hero Emily Cook is producing, and she adds:

“Rose was my gateway into Doctor Who, my first companion, and I adored her. I still do. So safe to say it’s an absolute joy – both on a personal and professional level – to take on producing two more volumes of The Dimension Cannon. I’m such a fan of this series.

In addition to producing, I had the privilege of writing one of the scripts (my first for Big Finish). There’s such a responsibility when writing for Billie because she’s a phenomenal actor, particularly in terms of her ability to convey raw emotion. That’s something I really wanted to tap into with these stories.

As with Doctor Who itself, the possibilities for The Dimension Cannon are endless. There are so many potential parallel worlds out there for us to explore and I can’t wait for fans to hear where we go next.” 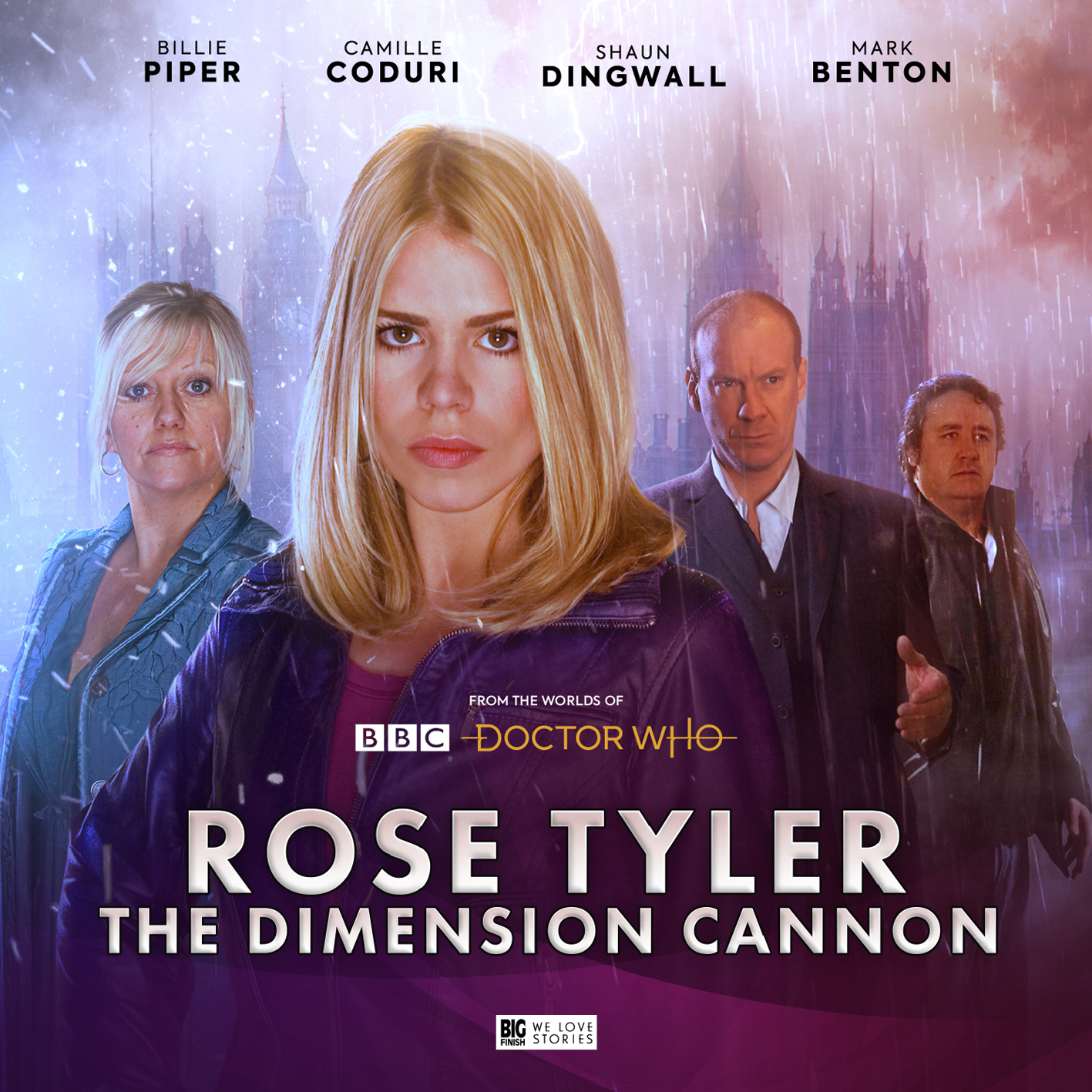 At CultBox, we enjoyed the original boxset, noting it was unusual fare for Doctor Who with “… the sci-fi dialled down in favour of character-based drama.” We also praised the varied tones of the stories and the magical, Harry Potter-like vibe of the score. Check out our review here.

Rose Tyler: The Dimension Cannon Volumes 2 and 3 are available to pre-order from Big Finish now.

Other Worlds is released in October 2022, with Trapped following in September 2023.

Now, anyone for chips?