Digiguide has released the official synopsis for the the yet unnamed Episode 4 of Doctor Who Series 12:

It is 1903 and on the edge of Niagara Falls, something is wrong at Nikola Tesla’s generator plant, where someone – or something – is sabotaging the maverick inventor’s work. Has Tesla really received a message from Mars? And where does his great rival Thomas Edison fit into these events? The Doctor and her companions Yaz, Ryan and Graham must join forces with one of history’s greatest minds to save both him and planet Earth.

Tesla did claim to receive a message from a nearby planet according to a 1901 article in the San Francisco Examiner.

“It was in investigating feeble electrical actions transmitted through the earth that I made some observations which are to me the most gratifying.

Chief among these were certain feeble electrical disturbances which I could barely note at times, and which by their character unmistakably showed that they were neither of solar origin nor produced by any causes known to me on the globe. What could they be?

I have incessantly thought of this for months, until finally I arrived at the conclusion, amounting almost to knowledge, that they must be of planetary origin. I have perfected my transmitting apparatus so far that I can construct a machine which will without the slightest doubt be fully competent to convey sufficient energy to the planet Mars to operate one of these delicate appliances which we are now using here, as, for instance, a very sensitive telegraph or telephone instrument.”

Regardless of where the message came, there does seem to be some extraterrestrial content in Episode 5. 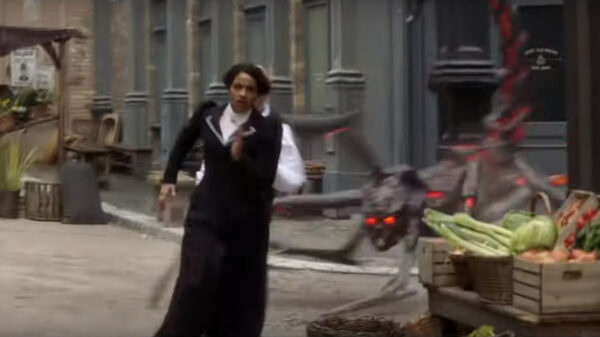 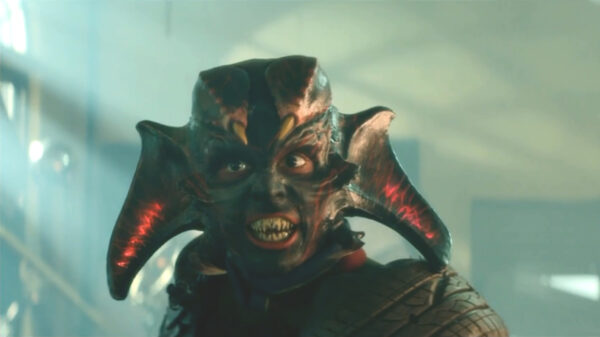 Rounding out the cast mentioned in the synopsis, Robert Glenister plays Thomas Edison.