As well as forgotten gems from the television archives, his ’80s fashion choices and hairstyles, viewers will also get to relive some of Walsh’s most famous TV moments.

Viewers will see footage of Bradley Walsh presenting You Must Be Joking, Only Joking, Midas Touch, and The Chase.

As well as guest spots on The Royal Variety Show and Live at the London Palladium, Walsh diversified into acting in Lock, Stock…, England Manager, Coronation Street, Law & Order: UK, The Sarah Jane Adventures and Doctor Who.

Walsh is also an accomplished singer with a gold album of swing covers, Chasing Dreams. 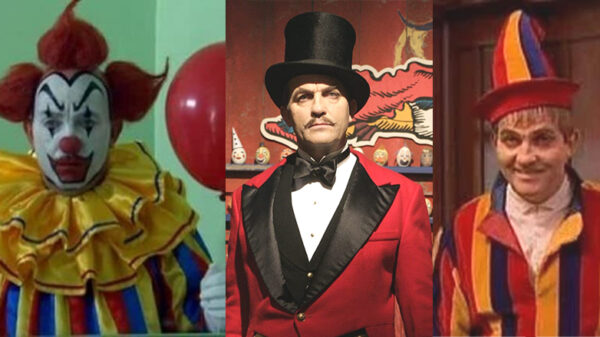 To Doctor Who fans, Walsh is best know as Odd Bob the Clown/Elijah Spellman/The Pied Piper in The Sarah Jane Adventures episode The Day of the Clown and as companion Graham O’Brien in Series 11 and 12 of Doctor Who. 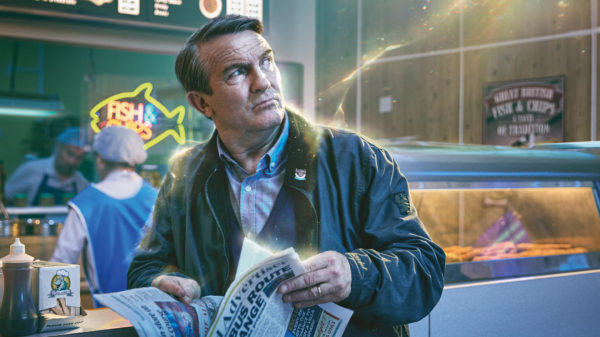 In an interview in TV and Satellite Week magazine, Walsh had this to say about his time on Doctor Who.

“I worked with [Doctor Who showrunner] Chris Chibnall on Law and Order: UK and he told me he had something for me, so we went for lunch. Chris said it was an exciting drama that was going on a big journey, so I said I’d do it. When they told me the part was [the Doctor’s] companion Graham, I couldn’t believe it! It’s nice because the show is all about friendship, family and loyalty. I’ve loved being a part of something so innovative and brave.”

According to the Mirror, the festive season special Revolution of the Daleks will be Bradley Walsh’s last appearance on Doctor Who.