Visually impaired fan Louis Moorhouse has received the first draft of the first book of Doctor Who Living Paintings for review.

Blind since he was 18 months old, 20-year-old Moorhouse from Bradford, England spearheaded a fundraising campaign to help the publisher Living Paintings create Doctor Who Touch-to-See books which would help blind fans like him enjoy and engage with Doctor Who on a whole new level. The publisher agreed if Moorhouse could raise the funds for research and development. Doctor Who Touch to See books will be sent out across the UK to blind youngsters like Louis — completely free of charge. 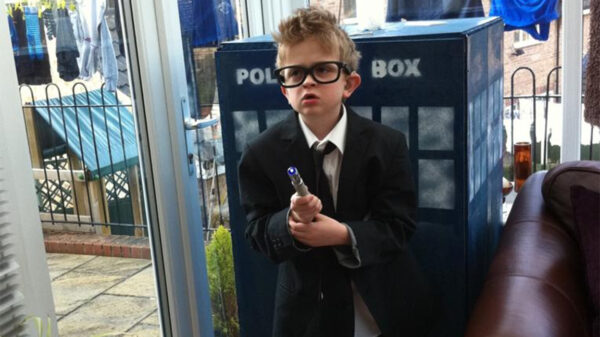 With the support and help of many generous people and a very special contribution from Doctor Who showrunner Chris Chibnall, Moorhouse reached his fundraising goal and the books are now in the development stage.

When contacted by CultBox, Louis Moorhouse gave this statement:

“It was absolutely mad to wake up this morning and see that Chris Chibnall had given a donation! And a very generous donation too! To have such recognition from the man who literally runs Doctor Who at the moment means a lot. Thank you Chris, I really appreciate your support.” 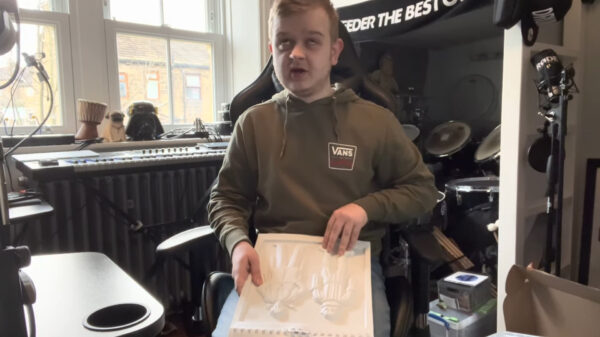 As he ran his fingers over the tactile illustrations, Moorhouse marvelled at the detail in each one, exclaiming that he never before knew what a Sontaran looked like.

The raised illustrations will eventually be painted to enable the books to be shared and enjoyed with sighted friends, family and classmates. Touch- to-See books include raised tactile pictures and Braille, accompanied by atmospheric, educational and entertaining audio guides. The audio guides, often narrated by famous people, help fingers explore the tactile images, tell the stories of the pictures and describe their features. In this way, the senses of touch and hearing combine to make up for the missing sense of sight. 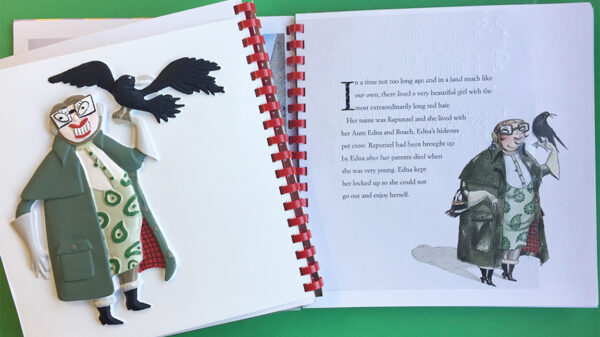 Moorhouse’s wonderful campaign officially ended on Monday 16 August, 2021 but this is not the end of his journey. Living Books will continue to involve Louis throughout the tactile and audio book production process, which will culminate in the publication of 3 Doctor Who Touch-to-See books provided free to visually-impaired children.