Sherlock actor, co-creator and writer Mark Gatiss has a role in the upcoming Ab Fab movie.

Jennifer Saunders and Joanna Lumley are back as Edina and Patsy in the long-awaited feature film, alongside the rest of the original cast, including Julia Sawalha as Saffy, Jane Horrocks as Bubble, Kathy Burke as Magda, Celia Imrie as Claudia Bing and June Whitfield as Mother.

Watch a teaser for Absolutely Fabulous: The Movie…

Several other cameos in the movie were revealed today…

Absolutely Fabulous: The Movie was filmed last year on location in the UK and the south of France and arrives in UK cinemas on Friday 1 July. 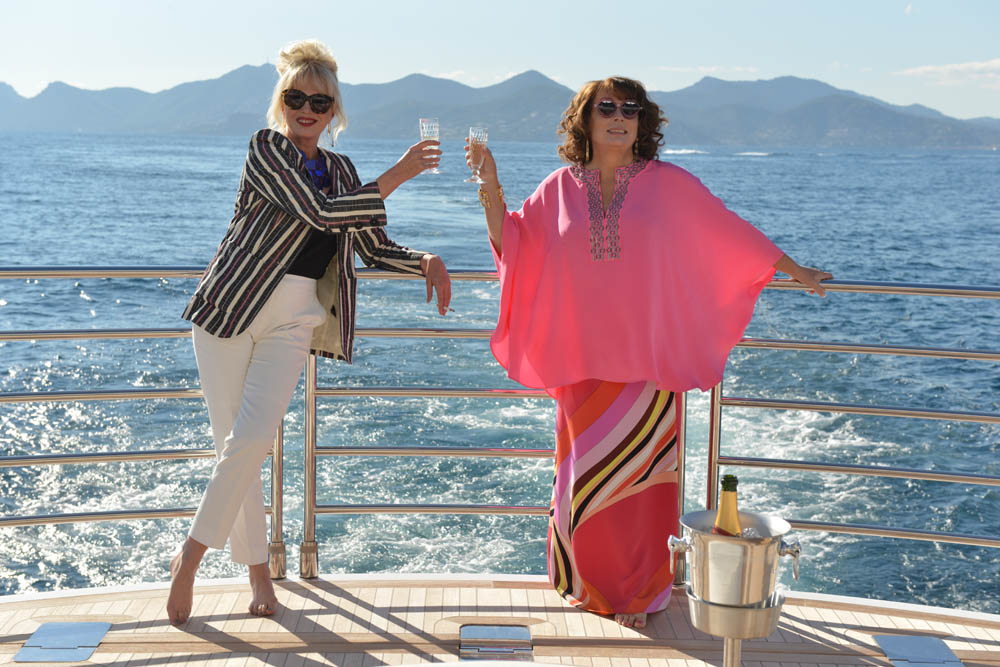