Much anticipated by fans of the Audrey Niffenegger’s bestseller, as well as those of former Doctor Who exec Steven Moffat, the television adaptation of The Time Traveler’s Wife landed this May.

With Games of Thrones’ Rose Leslie and Theo James in the lead role of the lovers Clare Abshire and Henry DeTamble, the first season played out over six episodes adapting the first part of the book. However, the show was met some tough reviews and now HBO have now confirmed it won’t be recommissioned.

“Though HBO will not be moving forward with a second season of The Time Traveler’s Wife, it was our privilege to partner with master storytellers Steven Moffat and David Nutter. We are so grateful for their passion, hard work and care for adapting this beloved book. We also thank Theo and Rose, and the rest of our brilliant cast for their heartfelt performances, which completely captivated audiences.’ 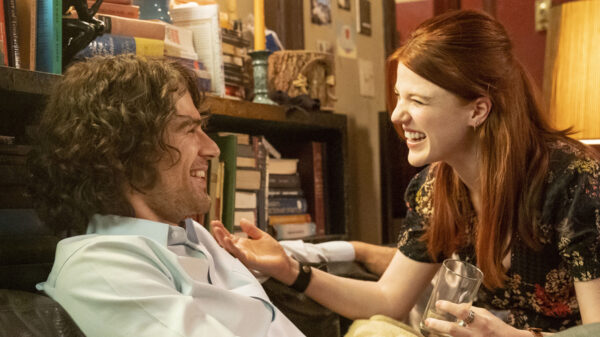 The author, Audrey Niffnegger has responded to the news on twitter:

Thank you to @SWmoff , Rose, Theo, @realdavidnutter and all the artists, cast, crew, and staff who made The Time Traveler’s Wife so beautiful and strange. I’m sorry we won’t have a season two together, but I loved what you made.

She also notes, in response to an enquiry, that there is a fan petition at Change.org asking Netflix to pick the show up. Hope springs eternal!

“The end is built into the beginning”

Previously, Steven Moffat had explained that had a multiple season plan for the show. He told TVLine:

“I had a plan about how many seasons we’d do — not telling you! — and where each one would end and how far you’d take it. There is enough juice in the book for more than just one [season]. But at the same time, I would still call it a limited series because it can’t go on forever. It has to stop. We already know a fair bit about how it ends. By Episode 3, you know he’s going to get shot in a forest. You know he’s going to lose his feet at some point. So it’s a story of destiny, I guess. The end is built into the beginning.”

You can find all six episodes of The Time Traveler’s Wife on Sky Atlantic and Now, or on HBO in the US.