The three actors wore the same 19th century costumes as when they filmed at St George’s Hall in Liverpool on March 25. 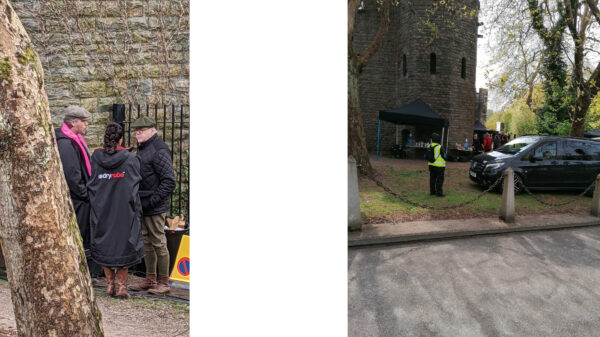 John Bishop, sporting a short beard suggesting a passage of time from the Liverpool scenes filmed, was seen cutting through brush as he moved toward the castle wall. 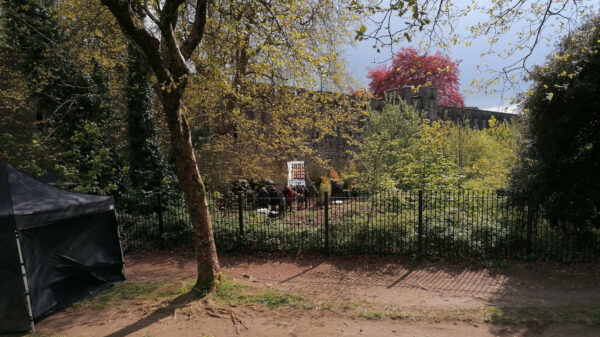 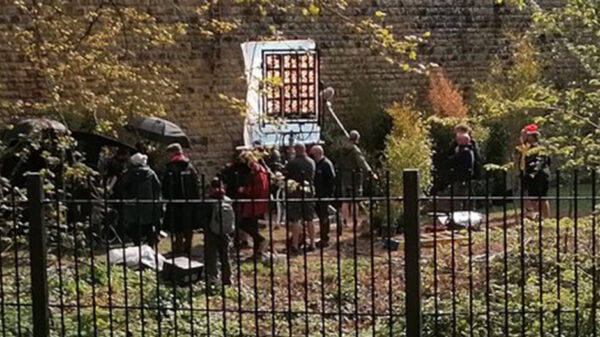 The cast and crew later took a break for a birthday celebration, likely for McNally, whose birthday was on May 27.