Ingrid Oliver has hinted that there are “some very small tells” which reveal which version of her Doctor Who character Osgood is not human.

Osgood first appeared in 2013’s ‘The Day of the Doctor’, where the UNIT scientist was duplicated by a Zygon, resulting in two Osgoods. One of the Osgoods was killed by Missy in ‘Death in Heaven’, but has been left deliberately unclear in which Osgood had survived.

Discussing last year’s last year’s ‘The Zygon Invasion’ and ‘The Zygon Inversion’ episodes, Oliver told Doctor Who: The Fan Show: “In the script it simply said Osgood 1 and Osgood 2. Steven [Moffat] never said explicitly ‘This is Zygon Osgood and this is not Zygon Osgood – or Hybrid Osgood’, so I sort of made a choice, but I don’t know if it’s right!” 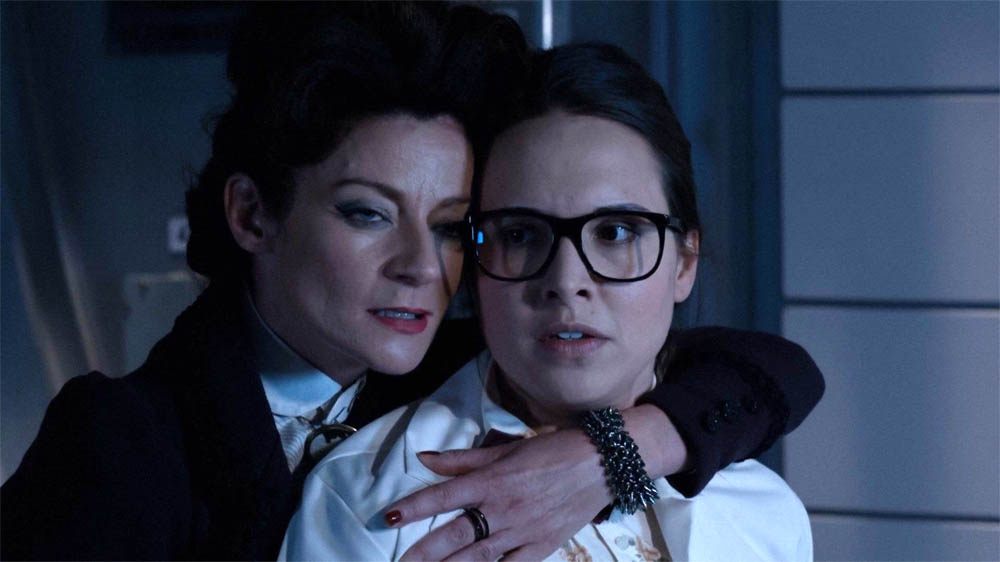 Asked if there were any tells to signify which Osgood is which, she revealed: “Yes, in my head there are some very small tells. But, having said that, it’s sort of open to interpretation – because I guess that’s the point of the episode. In my head, inevitably there are a couple of little things that I did.”

Oliver joked: “I don’t know if people have noticed it – probably not… the Zygon one strokes her chin a lot!”

Buy the complete Season 9 box set on DVD on Amazon.

Buy the complete Season 9 box set on Blu-ray on Amazon.

The new season of Doctor Who is currently filming in Cardiff will air on BBC One in spring 2017.

Which Osgood do you think is a Zygon? Let us know below…