The adventures of Dodger (Billy Jenkins), Fagin (Christopher Eccleston), his gang and a colourful gallery of Victorian characters are coming to CBBC and BBC iPlayer on 6 February.

Written by Rhys Thomas and Lucy Montgomery, the series follows the gang as they are down on their luck, ducking and diving their way through the tough London streets the gang are trying to keep one step ahead of the police as they embark on Dodger’s latest madcap scheme. Whether it’s acting in a haunted theatre, sneaking into Madame Tussauds, posing as a long-lost boy, printing their own dodgy money, a daring rescue from a hellish carnival, running the gauntlet with obsessive Egyptologist – even breaking into Buckingham Place – will the law finally catch up with Dodger and send him to the gallows? Hold onto your top hats, Dodger’s going to be one heck of a ride… 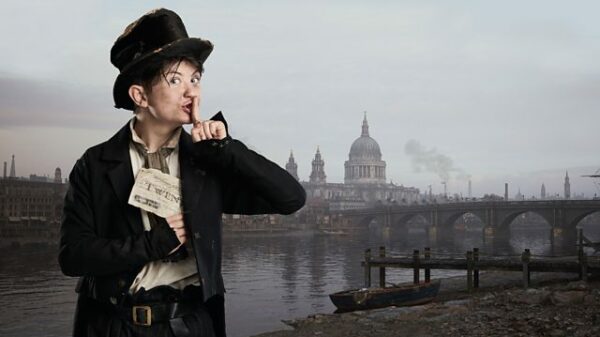 The series, filmed in Manchester, pays homage to Dickens and due respect to his genius though the language occasionally becomes contemporary for a modern twist. 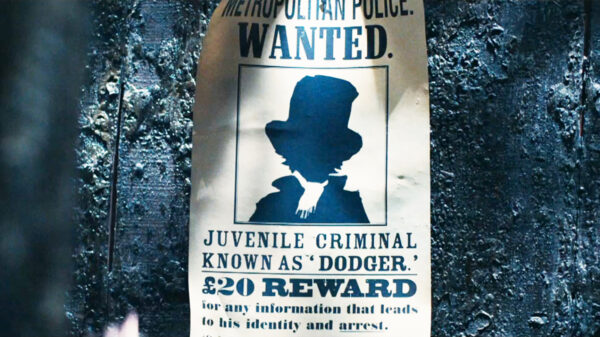 “There’s a little spark there, they just hit it off and Fagin really likes Dodger. It’s kind of like a son and father relationship. There’s laughter but there’s some sad, heart-warming moments too. It was great working with Christopher!” 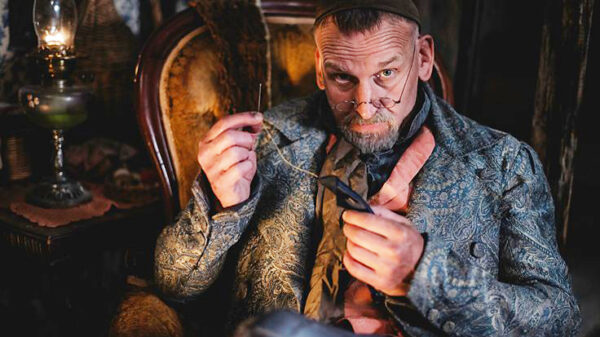 Christopher Eccleston, who plays the leader of Dodger’s misfit gang of child pickpockets Fagin, shared his hope of what audiences will take away from watching Dodger: