Frank Skinner has revealed that said he would like to reprise his role as Perkins in a future episode of Doctor Who.

Skinner told Digital Spy: “Anyone who’s in Doctor Who always gets asked if they would come back, and I can’t imagine many people, with the possible exception of Christopher Eccleston, who wouldn’t. Of course, if they said to me, ‘Would you like to be in Doctor Who for the rest of your life’, I’d probably sign on for that.”

He added: “Steven Moffat sent me an email that said, ‘You are now a personal friend of Doctor Who and nothing can change that’. Even saying that sends a tingle down my neck and spinal cord.” 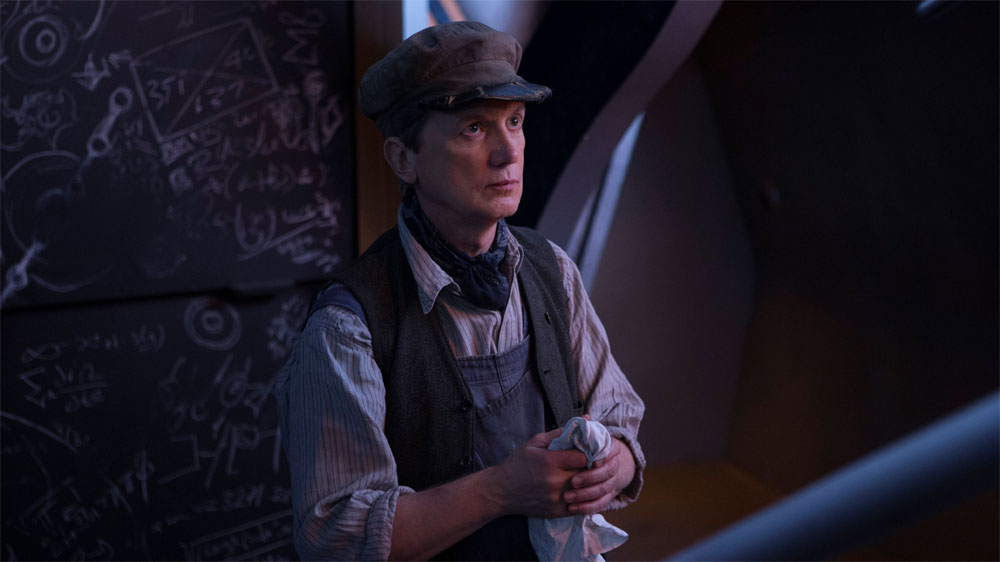 Commeting on his performance as Perkins, Skinner commented: “What you don’t want to be is the worst thing in an episode. I don’t want to spoil an episode. The audience appreciation for that episode puts it at the top of the ones for this series. I did bravely read reviews, and generally speaking it was pretty good. I can officially say I got away with it.”

Doctor Who returns later this month with ‘Last Christmas’.

Season 8 was released on DVD and Blu-ray last week and Season 9 begins filming in January.

Do you want Frank Skinner to return? Let us know below…