The set of limited edition Blu-ray steelbooks, available exclusively from Zavvi, includes six Bond films featuring the SPECTRE organisation (From Russia With Love, Thunderball, You Only Live Twice, On Her Majesty’s Secret Service, Diamonds Are Forever and For Your Eyes Only) as well as Daniel Craig’s first 007 outing, Casino Royale.

Also released on 14 September from Metro-Goldwyn-Mayer Studios (MGM) and Twentieth Century Fox Home Entertainment is The James Bond Collection on Blu-ray and DVD.

The boxset will feature all 23 official Bond films, with a 24th space for SPECTRE, which arrives in cinemas on 6 November. 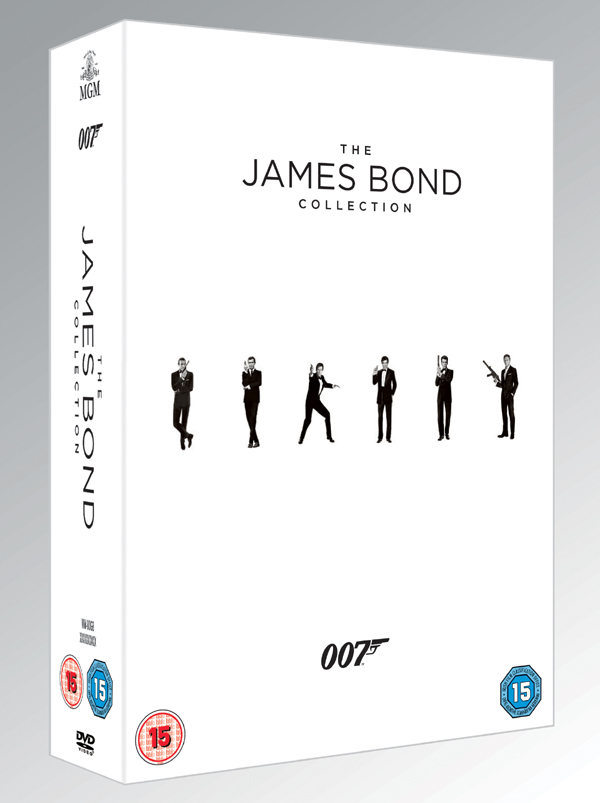 Available from Amazon.co.uk, The Ultimate James Bond Collection on Blu-ray also includes a new bonus disc exclusive featuring Everything or Nothing, a 90-minute documentary on the untold story of 007, plus a pocket-sized James Bond: 50 Years of Movie Posters book and digital copies of each film.

The release includes two new featurettes based on interviews with Bond writers Neal Purvis and Robert Wade. ‘The Shadow of SPECTRE’ concentrates on the history of SPECTRE and ‘The Story So Far’ recaps and relives the significant moments from Daniel Craig’s previous three Bond films.

What’s your favourite Bond film? Let us know below…