The writer of Our Girl has given the first storyline hints for next year’s third season.

Following Season 2’s dramatic finale, the BBC announced that a third season of the army drama will air in 2017, with Coronation Street star Michelle Keegan returning as Georgie Lane.

Teasing what to expect in Season 3, Our Girl creator Tony Grounds told Radio Times: “What I was hoping to do next time is look at emergency disaster relief which is again what British forces do – when there are disasters across the world, the army can go in and help.” 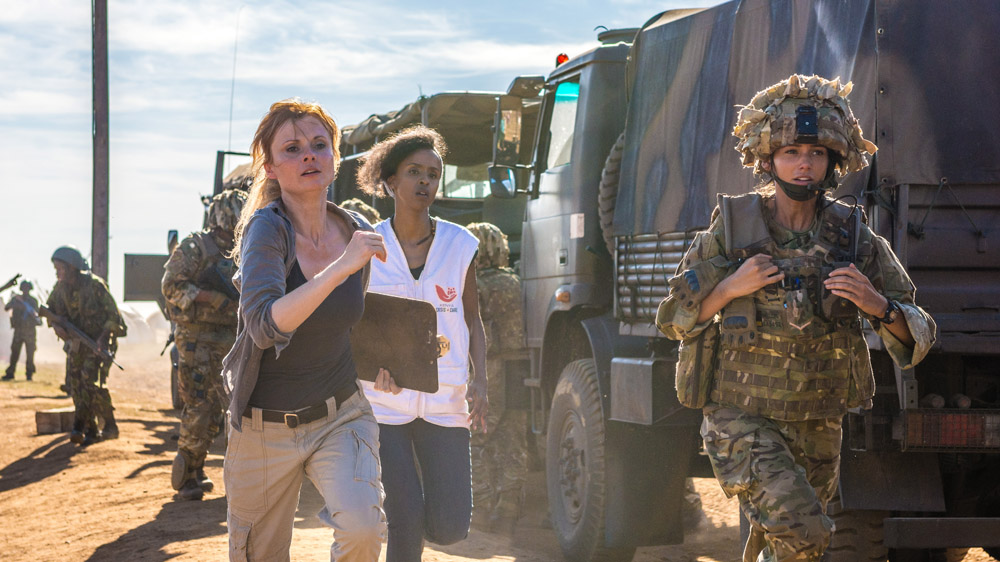 Discussing where the new season will be set – following Season 1’s Afghanistan setting and Season 2’s Kenya location – Grounds revealed: “I’m doing the research at the moment so I haven’t put my finger on the globe yet… I’m going to be looking where the natural disasters are and where the British army’s involved so I haven’t 100% chosen the place.”

The writer also teased that Jamie (Royce Pierreson) and Elvis (Luke Pasqualino) could return: “I think that’s a possibility. I think all three live to fight another day.”

Grounds has also been chatting about Georgie’s big decision in Season 2’s finale.