The writer for the opening episode of Sherlock‘s new season has been revealed.

The first of three new feature-length episodes began filming earlier this week, directed by Rachel Talalay (Doctor Who, The Flash).

Episode 1 is written by Sherlock co-creator Mark Gatiss, it’s been unveiled in an photo of the script posted officially on Twitter. 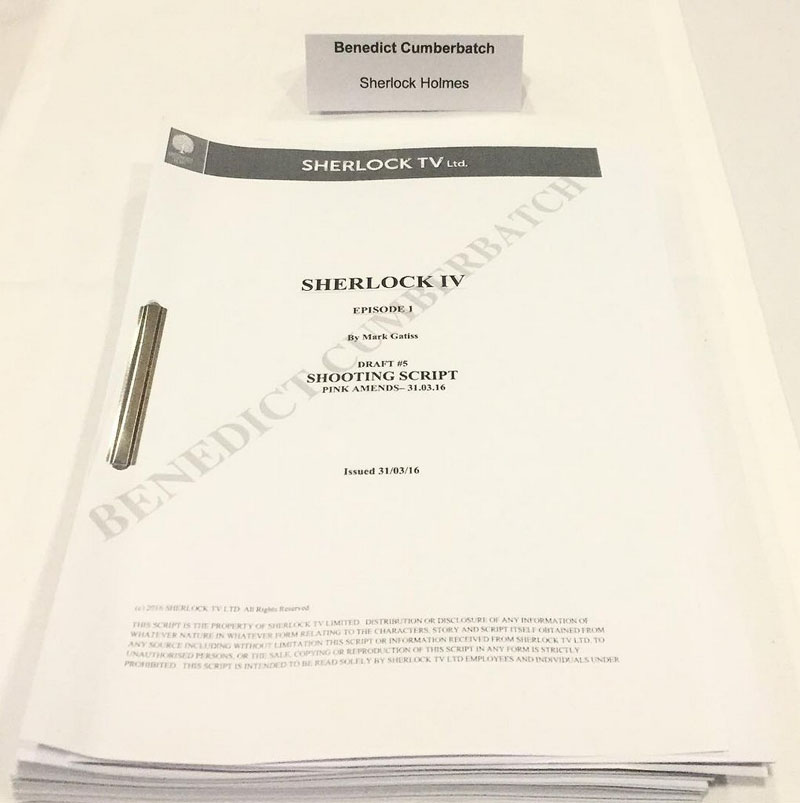 Mark Gatiss and Steven Moffat teased yesterday that the new season of Sherlock will be the climax of “the story we’ve been telling from the beginning.”