A new Special Edition of Sherlock‘s third series will be released on DVD and Blu-ray later this year, featuring new unseen footage.

Released on Monday 3 November by BBC Worldwide, the new set includes the original bonus features along with exclusive special content, including brand new commentaries and never-seen-before outtakes, as well as a previously unreleased deleted scene (perhaps the cut gay club scene from ‘The Sign of Three’?) and documentaries.

> Order the Special Edition on Amazon.

Here are full details of the new bonus materials:

– Outtakes from Series 2 and Series 3

– An exclusive deleted scene from Series 3

– Three 45-minute documentaries, as seen on PBS in the USA, with behind-the-scenes footage

A UK release for the gift set has not yet been confirmed. 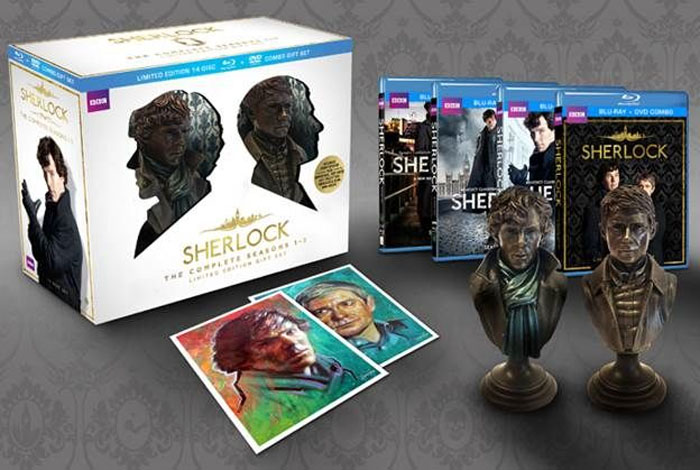 Sherlock will return for a one-off Christmas special in 2015, followed by a series of three new episodes in 2016.

Speaking backstage at the Emmy Awards last week, Moffat teased: “We have a plan to top [Series 3] — and actually I do think our plan is devastating.”

What was your favourite moment in Series 3? Let us know below…