Steven Moffat has revealed that the upcoming Sherlock special will have “a Christmas-y element”.

Written by the show’s co-creators, Mark Gatiss and Steven Moffat, the one-off 90-minute episode is set in 1895 and sees Benedict Cumberbatch return as Sherlock Holmes, alongside Martin Freeman as John Watson and Amanda Abbington as Mary Watson.

> Pre-order the Christmas special on DVD on Amazon.

Moffat told Collider this week: “It is a Christmas-ish special. It will be around that time of year. I’m not being vague because I’m evil. I just don’t know. It won’t be Christmas day ‘cause that’s too crowded now, but it will be somewhere around that period. So, it’s a sort of Christmas special.”

He added: “We keep calling it the Christmas special, and there’s a Christmas-y element in it, but it’s not really. You could put it in the middle of summer and it would be fine.” 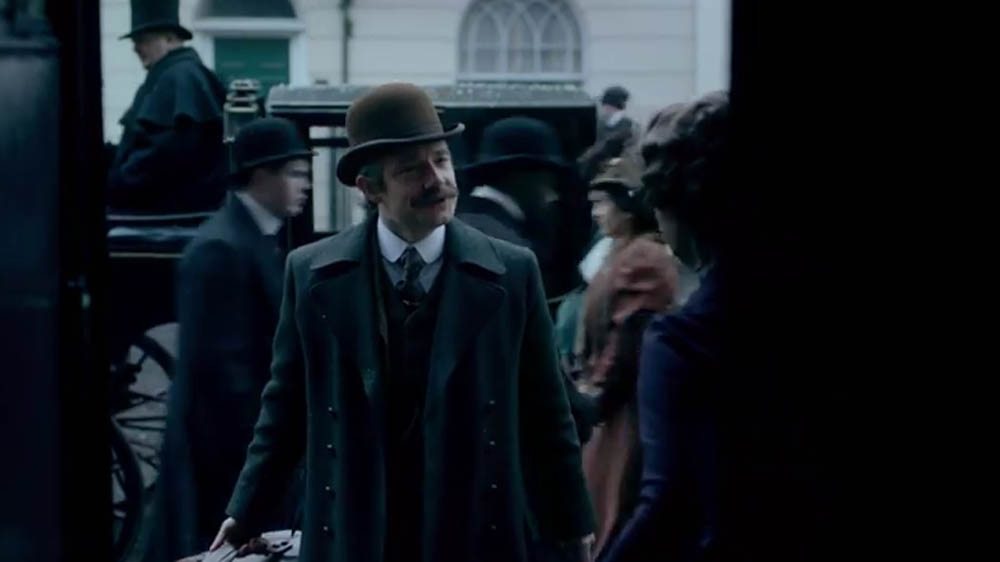 Explaining the decision to set the special in the 19th century, Moffat commented: “We have our modern version, and we’re very pleased with our modern version. As a running joke, we’d always said, ‘Should we try to get them into Victorian gear for a scene? Should we do a wee dream sequence, or have them go to a party?’ I remember when we were shooting the little prequel for Series 3, Mark [Gatiss] was doing second unit on it and I was hanging out with him ‘cause we hang out. We had a laugh and said, ‘Could we do it just once?'”

Watch the first clip from the episode…

> Here’s everything we know about the special so far.