Amazon’s The Dark Tower TV series has cast Guardians Of The Galaxy‘s Yondu actor, Michael Rooker, in an unknown role. We’ve got all the info right here…

The exact details of his character are yet to be revealed, but it’s nice to know that Rooker still has a place in geeky media following Yondu’s demise in Guardians Of The Galaxy Vol 2.

As well as playing Yondu in the MCU, Rooker has also appeared in The Walking Dead, The Belko Experiment and Henry: Portrait Of A Serial Killer.

We don’t know any details about Rooker’s role in The Dark Tower, but Michael Rooker Online confirms that he is filming the show in Croatia right now. 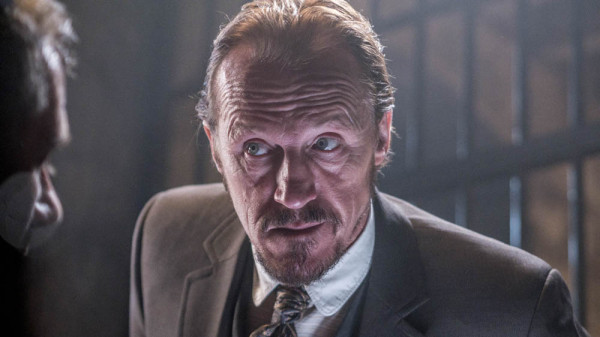 Also cast in the series recently was Jerome Flynn, who is best known for playing Bronn in Game Of Thrones. He’ll play a cowboy character.

“I’ve always said I’d like to play a cowboy – and now one has come along. I’m excited for that,” Flynn is quoted as saying in The Mirror.

This Stephen King adaptation was originally pegged as a tie-in to the recent Dark Tower movie, which starred Idris Elba and Matthew McConaughey. We recently learned that plans have changed, though, with a new cast coming in: Sam Strike will take over from Elba as Roland Deschain, and Jasper Pääkkönen will replace McConaughey as The Man In Black.

We’ll be sure to keep you posted as we hear more about The Dark Tower TV series, which is destined for Amazon Prime Video.