The film (and more recently television) star will play the last of a tribe of nomadic tribe of sword-elves in the Witcher prequel.

Michelle Yeoh will take a leading role in the Blood Origin, the prequel series spinning off from The Witcher, set some 1200 years before the main show.

The synopsis reads: “In an elven world 1,200 years before Geralt of Rivia, the worlds of monsters, men and elves merge to become one — and the very first Witcher arises.”

And Michelle Yeoh’s character seems true to form after her murderous antics as Emperor Georgiou on Star Trek: Discovery:

“Scían is the very last of her nomadic tribe of sword-elves. No one can come close to her artistry with the blade, and no one carries as much loss within their heart. When a chance presents itself to retrieve a stolen sacred sword, taken from her fallen tribe by nefarious means, she launches herself into a deadly quest that will change the outcome of the Continent.” 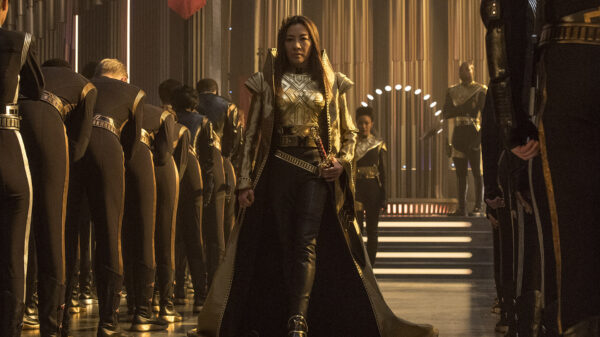 As well as a thriving movie career, with recent roles in Last Christmas and Crazy Rich Asians, as well as the upcoming Gunpowder Milkshake and Shang-Chi and the Legend of the Ten Rings, Yeoh was also reported to be fronting a Starfleet Section 31 Discovery spin-off. While things have gone quiet on that front for the moment, she also has a recurring role in James Cameron’s multiple Avatar sequels.

Netflix has ordered six episodes of The Witcher: Blood Origin. While there’s no release date as yet, their upcoming WitcherCon event on 9th July may shed some light, as well as teasing the upcoming Series 2:

Naturally, Cultbox will keep you posted on any developments.