He will play the poisoned former Russian KGB agent in an itv mini-series penned by George Kay.

After scoring a big hit with Des, the story of the investigation into the crimes of serial killer Dennis Nilsen, itv have lured David Tennant back for another high profile role. He will take on the part of Alexander Litvinenko who was poisoned with polonium in 2006 and became a living witness to his own murder.

George Kay will write the drama and it will be directed by Jim Field Smith – collaborators on the Netflix series Criminal which also starred David Tennant as the subject of one of its intense interrogations.

The show will relate how in November 2006 two police officers were called to University College Hospital in London to interview a patient in declining health. That patient was Alexander Litvinenko, a Russian dissident who claimed to have been poisoned on the direct orders of Vladimir Putin. 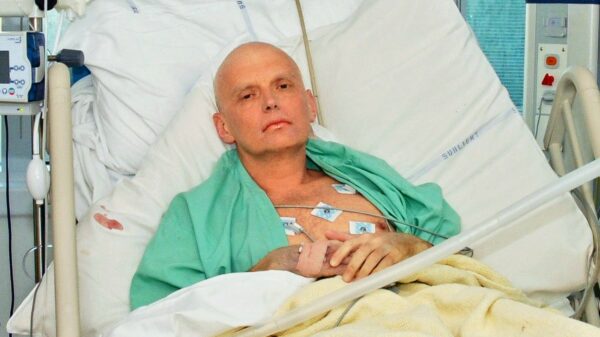 During the police interviews, Alexander provided meticulous details from his hospital bedside about the events leading up to his illness. His information would ultimately help detectives track down two Russians who had poisoned Litvinenko with Polonium 210, a highly toxic radioactive substance.

A powerful campaign for justice

As well as the victim himself, Litvinenko also promises to focus on the story of Marina, his fearless, dignified widow who fought tirelessly to persuade the British Government to publicly name her husband’s killers and acknowledge the role of the Russian State in his murder

This drama has been made with the support of many of those involved in the police investigation and subsequent public enquiry. Two of the police officers, Clive Timmons and Brent Hyatt will be played in the show by Mark Bonnar (Catastrophe, Quiz) and Neil Maskell (Small Axe, Utopia).

Understandably, itv are pretty pleased to have this one lined up. Head of Drama, Polly Hill said: “After David’s incredible performance as Dennis Nilsen I’m delighted he returns to ITV to play Alexander Litvinenko in the incredible story of his murder. George Kay’s scripts are brilliant and this is an important story that documents a long police investigation and a powerful campaign for justice by his wife Marina.  It is going to make a compelling drama and I am proud to have it on ITV.”

Litvinenko is being produced by itv in association with Nordic Entertainment Group, with a host of executive producers, including David Tennant himself. For full details, here’s the press release.

Naturally, CultBox will keep you posted about this drama, which is bound to make waves when it airs.

In the mean time, you can watch out for David Tennant as Phileas Fogg in the BBC’s upcoming adaptation of Around the World in 80 Days.