We’ve seven new Lucifer pictures released on social media for season 6 — what do they reveal or are they just teases?

Lucifans are still digesting the SDCC 2021 start date reveal for Lucifer season 6, and now there are several new images to speculate over. We’ll go through them and suggest some ideas.

The return of Daniel Espinoza 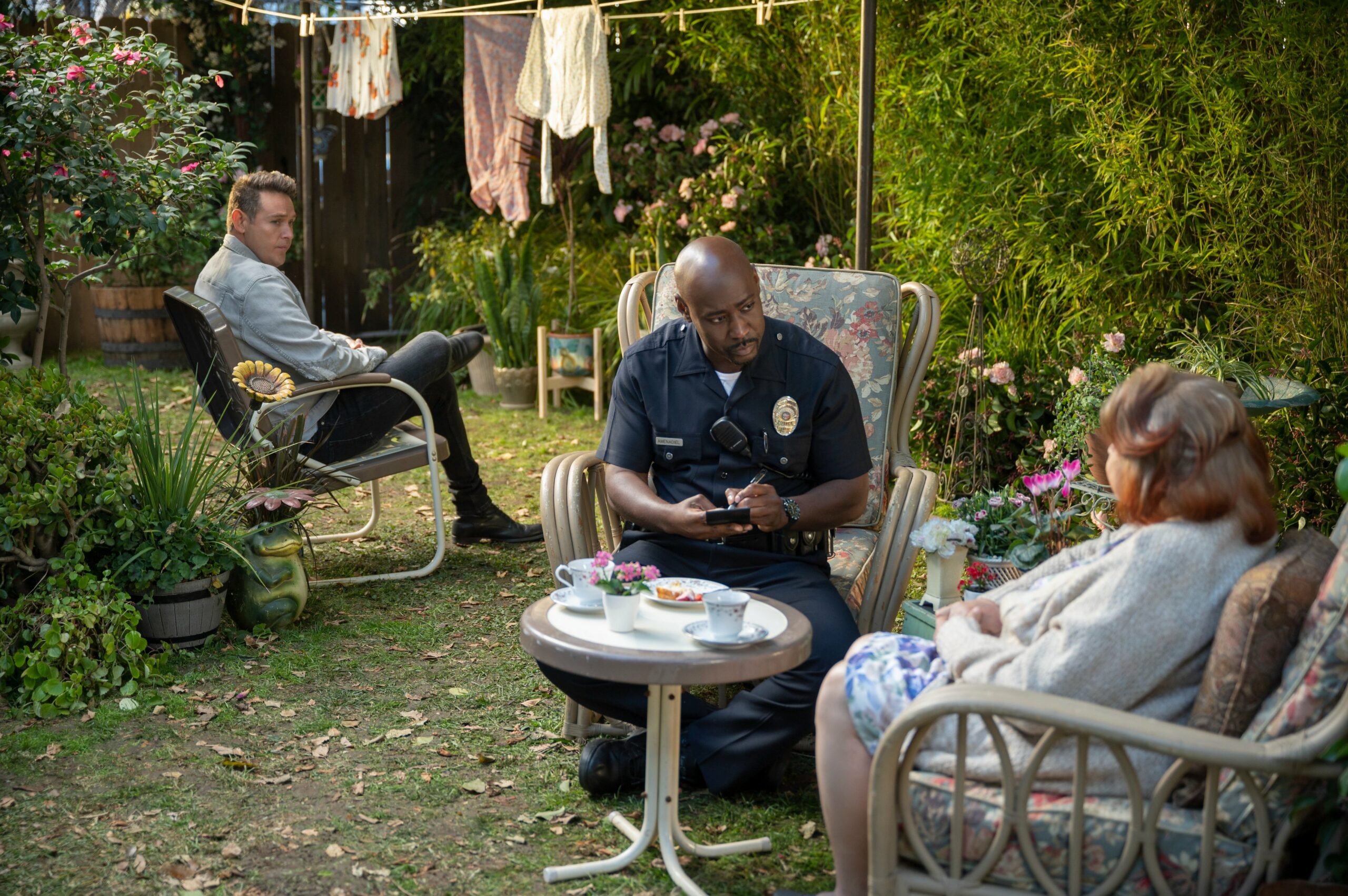 By now any Lucifan should know Dan dies in season 6, and is currently in Hell. Unless the above picture is from a Hell loop, it looks to us like Dan is able to at least project out of Hell and is taking a look at Amenadiel in his early days as a policeman. We knew the police angle (or should that be police angel?!) would be explored in season 6, and this adds a nice touch. It might be Dan’s spirit is inhabiting a new body, but in the shot he’s at the edge of events, almost guardian angel like! 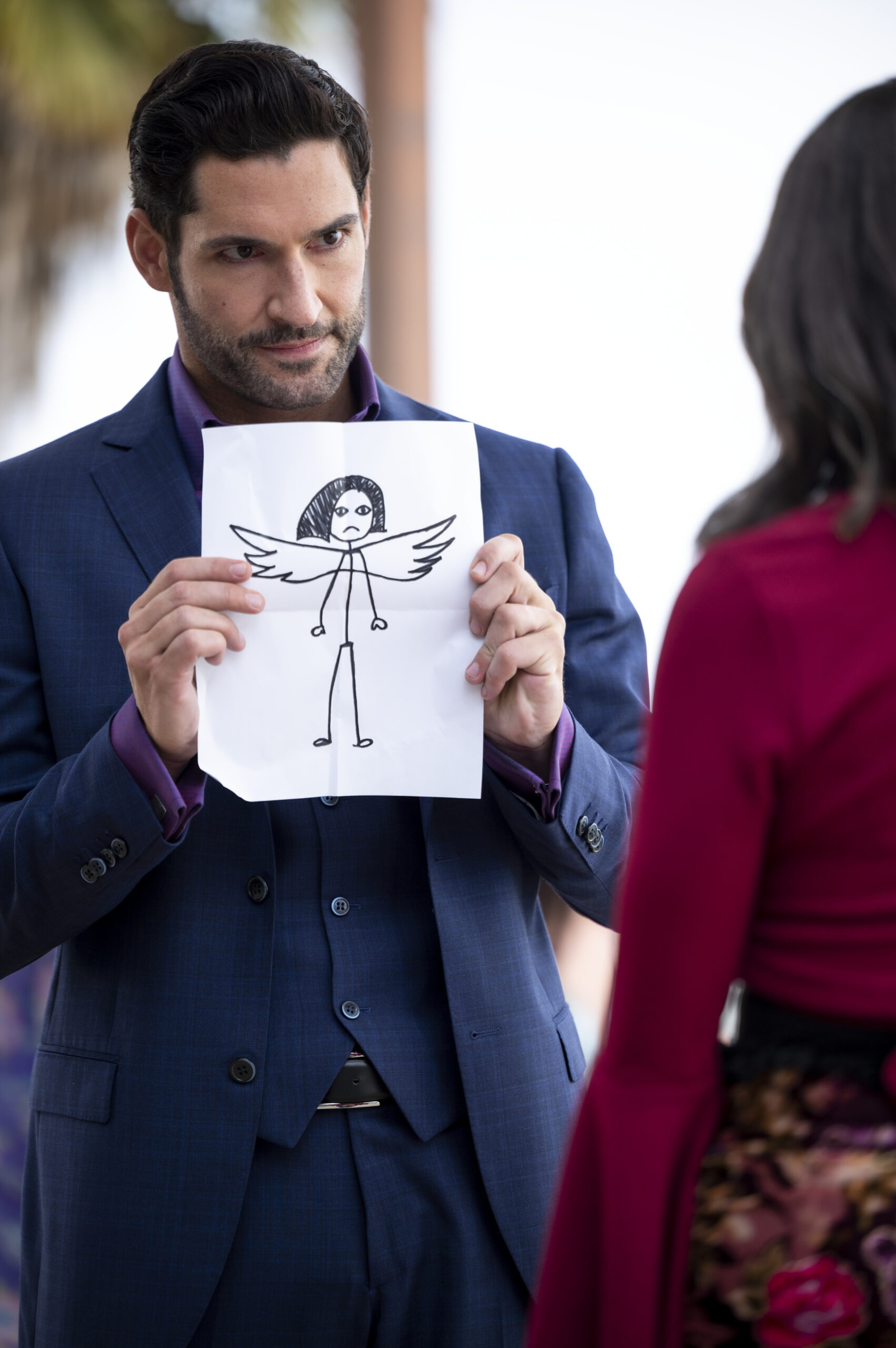 Apart from Trixie, who must surely learn the truth soon, the only main character unaware of matters Celestial is Ella. Here Lucifer is holding one of his stick figure pictures in front of someone we think is Ella. The angel figure has hair very much like Raphael’s, so surely Lucifer is explaining who her ghost friend Rae Rae is to Ella? This then allows for the rest of the reveals, and no doubt a Miss Lopez style meltdown.

Another family dinner at Linda’s? 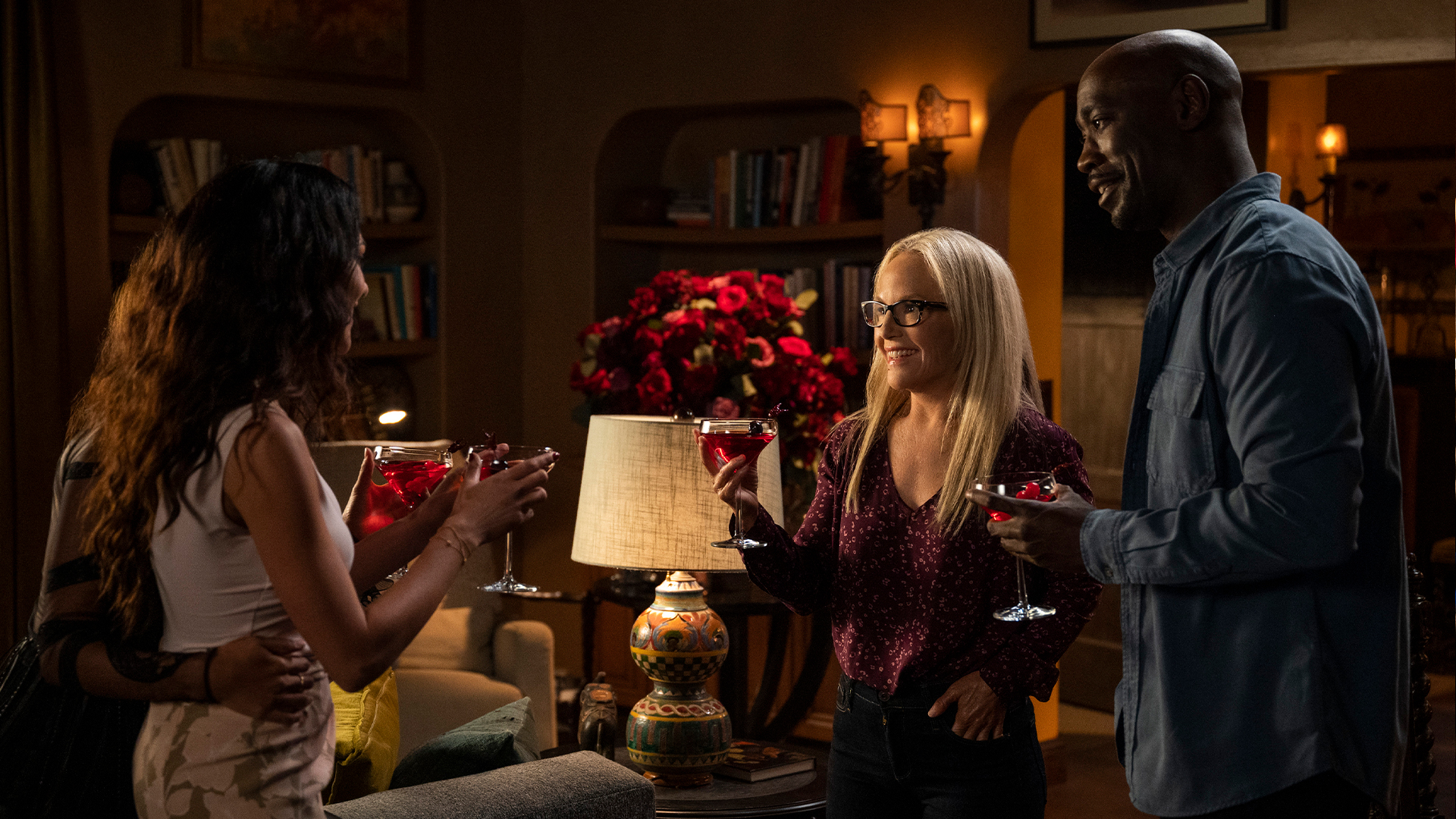 Season 5B started with a Family Dinner at Linda’s, and this seems to be Maze, Eve, Linda and Amenadiel celebrating something? Is marriage in the air between Maze and Eve?

The other Lucifer pictures for completeness

The picture at the head of this piece is Lucifer in the same white Tux he is wearing in the reveal of the September 10 start date (or at least a similar one). He’s wearing one in this pictures with Carol Corbett. 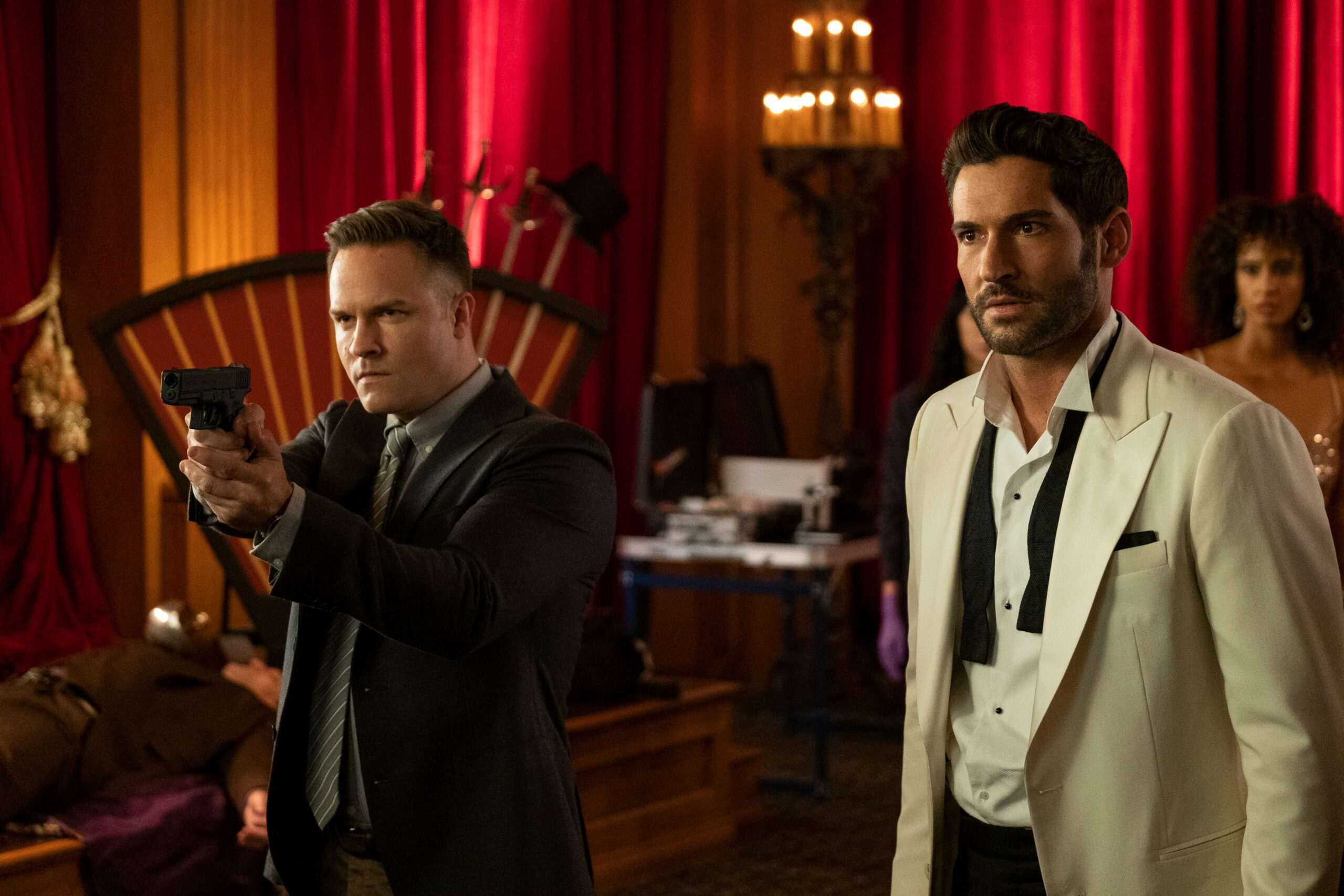 Carol is then given a picture with Ella (and a Covid secure greeting) and they seem to be getting along. Let’s hope he’s not another serial killer. 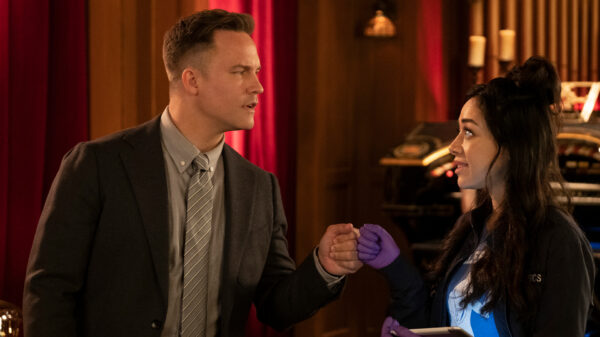 And finally (for now) an action scene of sorts for Chloe and Lucifer. 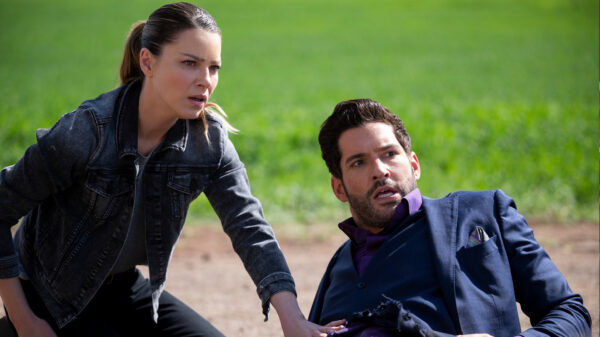 No real sense of what this one’s about, but we’ll revisit as and when we get one of more trailers. Until then, we’ll be keeping an eye on the show’s Twitter feed (@LuciferNetflix) where we got these. We’ll keep you posted.