Offerman joins the show, based on the 1992 film of the film of the same name, as coach Casey “Dove” Porter.

As reported by The Hollywood Reporter, Nick Offerman (Parks and Recreation’s iconic Ron Swanson) will be taking on the role of the coach to the WWII era women’s baseball team at the heart of A League of Their Own. The role, called Jimmy Duggan in the movie, was originally played by Tom Hanks.

The series “…follows brand-new characters and begins with the formation of the league in 1943 and follows the league and its players as they fight to keep it alive through close games, injuries, sexual awakenings and road trips across a rapidly changing U.S.”

Dove is described as a former Cubs pitcher who is brought in to coach the Rockford Peaches. Inspiring and charismatic, Dove was thought to be the next big Major League Baseball star, but blew his arm out after three years. Now he’s looking to make his comeback by making the Peaches into champions.

The reimagined version of the story, from Abbi Jacobson and Will Graham, and starring Jacobson (The Mitchells vs. the Machines), promises to keep to the spirit of the late Penny Marshall’s beloved film while also taking a wider view of themes such as race and sexuality. The wider cast also includes Chanté Adams, D’Arcy Carden (The Good Place), Gbemisola Ikumelo, Kelly McCormack, Roberta Colindrez and Priscilla Delgado. 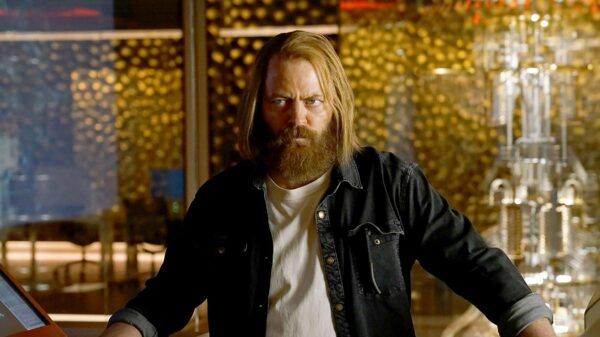 As ever, CultBox will keep you posted…