News broke over the weekend that, putting their Black Widow legal wrangles well behind them, Marvel and Scarlett Johansson will be working together again.

As Johansson became the 35th recipient of the American Cinematheque Award, Marvel Studios President Kevin Feige told a reporter: “We are already working with Scarlett on another non-Black Widow related top-secret Marvel Studios project with her as a producer.”

He also praised the actress, speaking of her talent, vision, intelligence and savvy both as an actress and a producer. 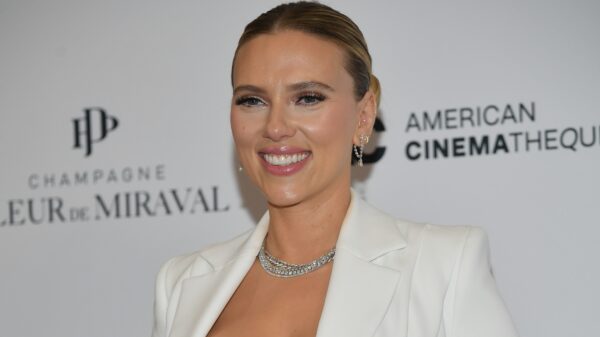 Your guess is as good as ours as to what this further collaboration will be. Another MCU film role? Or perhaps a television show for Disney+? Either way, it’s one to keep an eye on.

At the event, Johansson also reflected on her (presumably) final outing as Natasha Romanoff, saying: “Honestly making ‘Black Widow’ was one of the highlights of my career. I loved coming to work every single day working with my dream director Cate Shortland and an incredible cast of actors. I felt so fortunate and thankful every single day.”

The event at the Beverly Hilton Hotel, where Johannson received her award, was a relatively starry one. As well as Kevin Feige, speakers included Jon Favreau, Samuel L. Jackson, Jamie Lee Curtis. Her Jojo Rabbit co-star Thomasin McKenzie (Last Night in Soho) also spoke, as did her twin brother Hunter.

Kevin Fiege said: “Scarlett has lent her talent and star power to the Marvel Cinematic Universe for over a decade. That she’s chosen to play a key part in it for so many years, I am extremely grateful for.” He also said that working with her has “… truly been one of the most memorable and rewarding collaborations of my career.”

While there was all manner of praise lavished, Jon Favreau was effusive saying “Everybody who works with Scarlett wants to work with Scarlett. She’s dedicated, and she always lets passion dictate what she does next.” While her brother said “I consider Scarlett my own personal inspiration.”

The American Cinematheque Awards are an annual fundraiser for the non-profit organization. For a full write-up of the event, check out the report on Deadline and, of course, we’ll keep you posted.

And in the meantime, Black Widow is available pretty much everywhere: