Patrick Stewart intends to retire the Jean-Luc Picard once the current filming is complete.

We’ve been getting increasingly excited about the return of Star Trek: Picard; the second series drops on the 4th of March 2022.

However, thanks to recent comments Patrick Stewart and producer Akiva Goldsman have made to SFX (which we’ve picked up via Slashfilm), we need to treasure the good captain while we have him; the currently filming third season of Picard is intended to be its last. 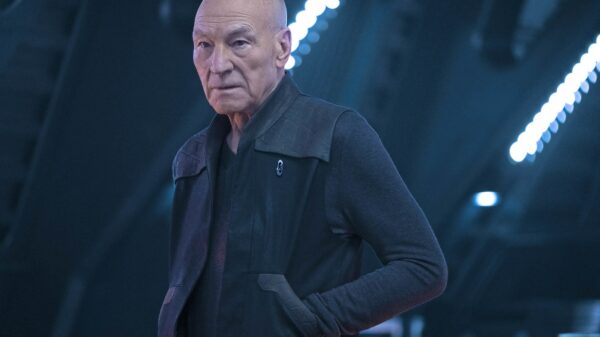 The current edition of SFX magazine, issue 349, runs a 10-page feature on the show; they grill executives Akiva Goldsman and Terry Matalas, as well as quizzing Patrick Stewart on the captain’s new body and talk to John DeLancie about the evolution of Q. SFX is in the shops now, or available digitally.

It also confirms that the Star Trek: The Next Generation Captain’s solo show was not designed to run and run, with a trio of seasons always being the plan. While that’s understandable, it means the opportunity to catch up with characters from this era of Star Trek ends too. In Picard‘s first season, we saw Data, Riker and Troi, and Voyager‘s Seven of Nine played a central role. 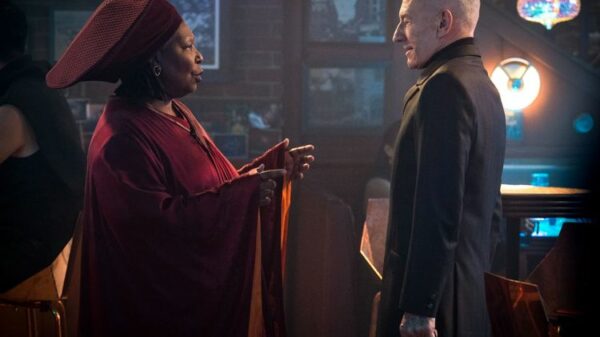 The upcoming season promises the return of Whoopi Goldberg’s Guinan with a Q initiated time-twisting plot involving the Borg Queen. Who knows which other familiar faces might also return for a cameo?

While Picard might have a definite end date, Paramount+ were busy confirming recommissions earlier this month. Discovery has been greenlit for a fifth season, while the Captain Pike-led spin-off Brave New Worlds has scored a second run before the first has even aired.

Meanwhile, both animated shows have more in the pipeline: Lower Decks‘ third season should arrive this summer and a fourth has been ordered. Prodigy has also scored a second season too.

Star Trek: Picard airs via Prime Video (or on Paramount+ in the US). Season 2 begins on March the 3th.