Updated 24/02/22 – Prime Video have released a trailer for Upload Season 2, ahead of its March release.

Upload returns and we have a trailer…

A psychiatrist with a canine avatar? MindFrisk? Bicep inflation? Plus those terrifying proto-tykes! It looks like Upload is really upping its digital game, as well as placing an Ingrid shaped obstacle in the way of our favourite living/dead couple.

All seven episodes of Upload Season 2 land at Prime Video on the 11th of March. 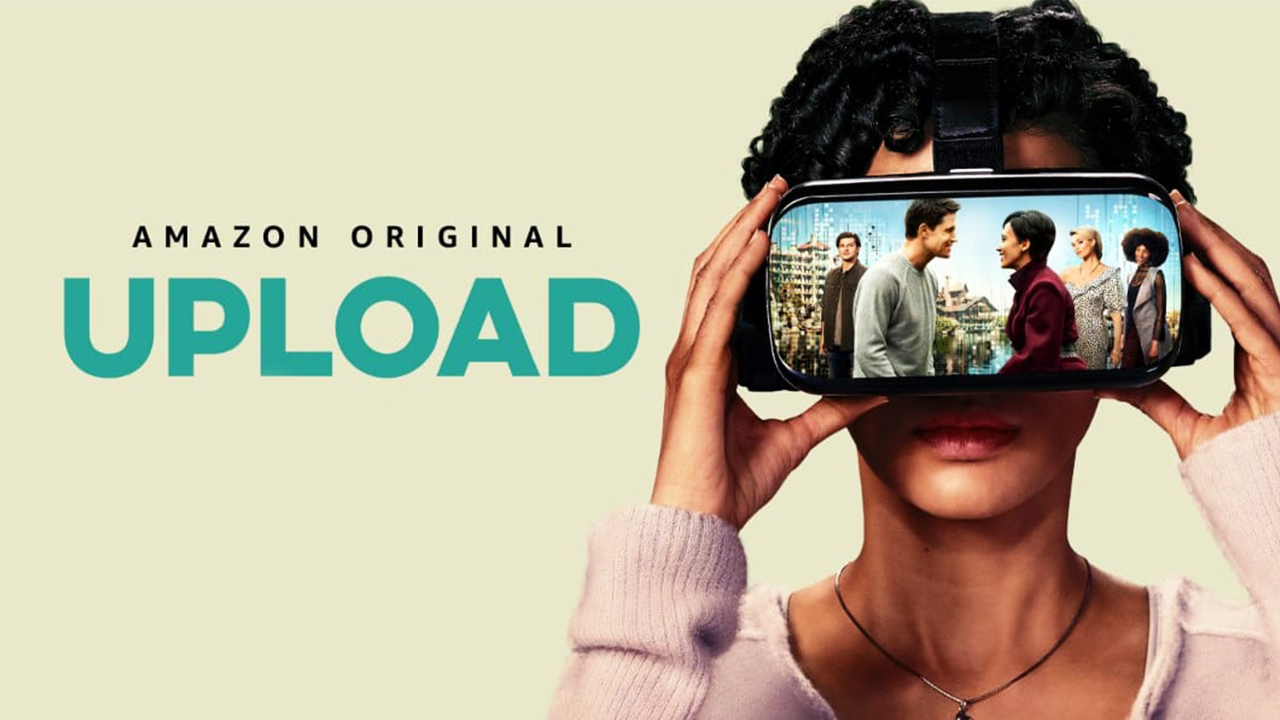 With the second season imminent, it’s time to catch up on events in the digital afterlife.

For the uninitiated, Upload is set sometime in the future where 3D food printers, self-driving vehicles and holographic commutations are commonplace. It’s also a world where death isn’t the bar to your social life that it once was.

Created by Greg Daniels (Parks and Recreation, Space Force), the science fiction comedy blended satire, conspiracy and gross-out humour into a witty tale on technology run riot. For those who really don’t want to let go, a digital afterlife offers an eternity that’s even better than the real thing – if you can afford it. 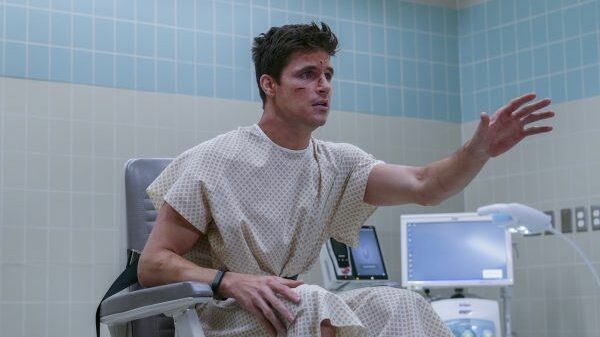 Upload follows Nathan Brown (Robbie Amell), a young app developer who winds up in the hospital following a car accident. At the behest of his shallow girlfriend, he chooses to be uploaded to her family’s luxurious virtual afterlife “Lakeview.”

On arrival, Nathan meets customer service “Angel” Nora Anthony (Andy Allo); first a charismatic concierge and guide, she soon becomes his friend and confidante. As she helps him navigate his new digital afterlife, he discovers gaps in his memory which point to a conspiracy – and the realisation that his death may have been more than just a simple accident.

Handily, there’s a brief catchup video for the first season.

The new season, which filmed last year, is ready to drop in March. Here’s the blurb:

“In Upload Season Two, Nathan is at a crossroads in his (after) life… his ex-girlfriend Ingrid has unexpectedly arrived to Lakeview hoping to strengthen their relationship, but his heart still secretly yearns for his customer service angel Nora. Meanwhile Nora is off the grid and involved with the anti-tech rebel group “The Ludds.” 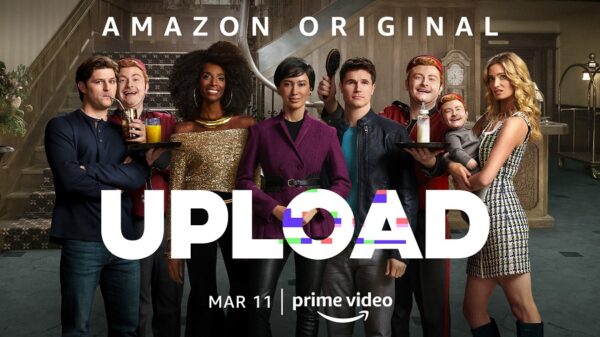 Upload Season 2 has a reduced episode count of seven, rather than season 1’s ten. It lands on Prime Video on March the 11th 2022.