Is it too early to get excited for Christmas yet?

The festive season might be six months away, but it hasn’t stopped Sky dropping a trailer for one of their upcoming treats. The Amazing Maurice, an adaptation of Terry Pratchett’s 2001 novel The Amazing Maurice and His Educated Rodents, brings a Discworld twist to the fairy tale of the Pied Piper of Hamelin.

Maurice is a streetwise ginger cat who comes up with a money-making scam by befriending a group of self-taught talking rats. When Maurice and the rodents reach the stricken town of Bad Blintz, they meet a bookworm called Malicia and their little con soon goes down the drain. 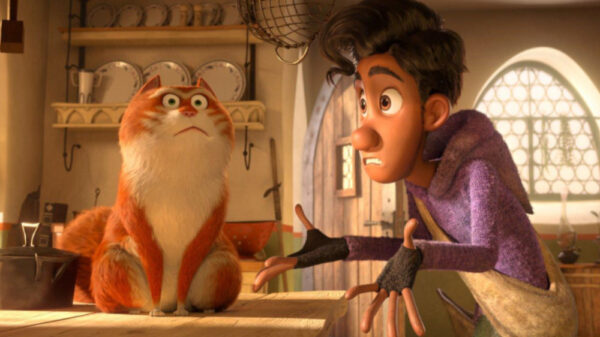 The trailer sets up the story, introducing us to Emilia Clarke’s Malicia who has a thirst for adventure. We also meet Hugh Laurie’s charming Maurice himself and Himesh Patel’s besotted Keith as the trio uncover a mystery…

We’ve been following this one for a while as the film boasts an impressive cast. As well as Clarke, Laurie and Patel, Gemma Arterton, Ariyon Bakar, Hugh Bonneville, Rob Brydon, David Tennant and David Thewlis all lend their voices to the project.

Based on what we’ve seen here, it’s time to start our festive viewing list!

As a Sky Original, The Amazing Maurice will be released on Sky Cinema this Christmas.