Sky have given us the first taste of The Gilded Age, Julian Fellowes’ 1880s New York-set drama.

It’s been a long time coming but The Gilded Age finally has both a trailer and a start date.

We first brought you news of the show in 2017 and a casting update in May 2020, however like many shows, the pandemic impacted its production. Although originally announced for NBC, it eventually shifted to HBO and lost an episode along the way. 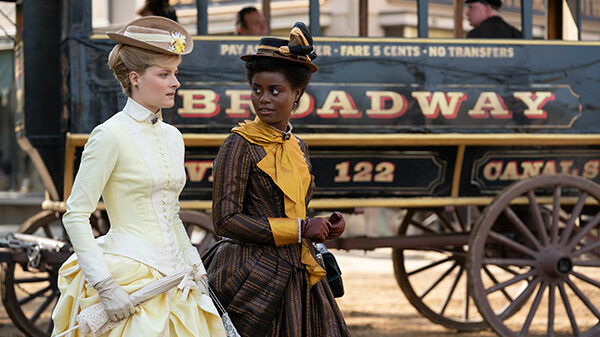 The show, from Downton Abbey creator Julian Fellowes, follows the story of a young woman making her way in the monied world of late 19th century New York. Described as “a sweeping fictional epic of the millionaire titans of New York City”, Fellows has called the show “… Downton-esque but brisker.” 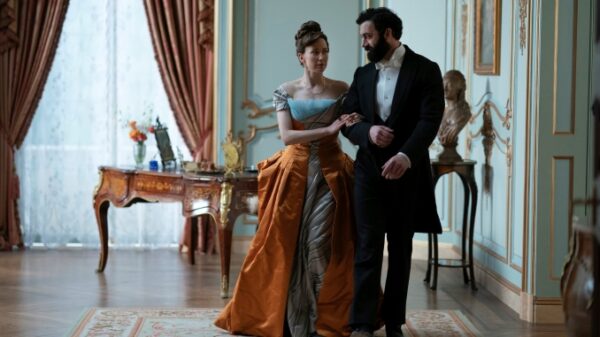 The American Gilded Age was a period of immense economic change, of great conflict between the old ways and brand new systems, and of huge fortunes made and lost.  Against the backdrop of this transformation, the story begins in 1882 with young Marian Brook (Louisa Jacobson) moving from rural Pennsylvania to New York City after the death of her father to live with her thoroughly old money aunts Agnes van Rhijn (Christine Baranski) and Ada Brook (Cynthia Nixon).

Accompanied by Peggy Scott (Denée Benton), an aspiring writer seeking a fresh start, Marian inadvertently becomes enmeshed in a social war between one of her aunts, a scion of the old money set, and her stupendously rich neighbours, a ruthless railroad tycoon and his ambitious wife, George (Morgan Spector) and Bertha Russell (Carrie Coon). Exposed to a world on the brink of the modern age, will Marian follow the established rules of society, or forge her own path?

If you want to get to know the characters in advance, there’s a useful rundown on the HBO’s website.

The story plays out over 9 parts, airing on Sky Atlantic and Now in the UK, HBO in the US.

It begins on the 25th January (and a day earlier stateside) – will you be watching?