A new trailer has been unveiled for next month’s Doctor Who cinema release of ‘Dark Water’ and ‘Death in Heaven’ in 3D.

Last year’s two-part Doctor Who season finale will arrive in approximately 700 US cinemas in RealD™ 3D and Dolby Atmos sound (where available) on 15-16 September.

The screenings will also feature ‘The Doctor’s Meditation’, a special prequel scene to Season 9’s opener and an exclusive interview with stars Peter Capaldi and Jenna Coleman hosted by Wil Wheaton.

Soumya Sriraman, EVP Film, Home Entertainment, and Licensing for BBC Worldwide North America, commented: “After the enormous success of the 50th Anniversary and Season 8 premiere – both number one alternative one-night cinema events, two years in a row – we decided to bring the Doctor back to the big screen in 3D so Whovians across the country can have a full immersive experience of Peter Capaldi as the Doctor. The Season 8 finale, along with an exclusive interview with Peter and Jenna is the perfect way to get fans ready for the upcoming premiere of new season on BBC America.” 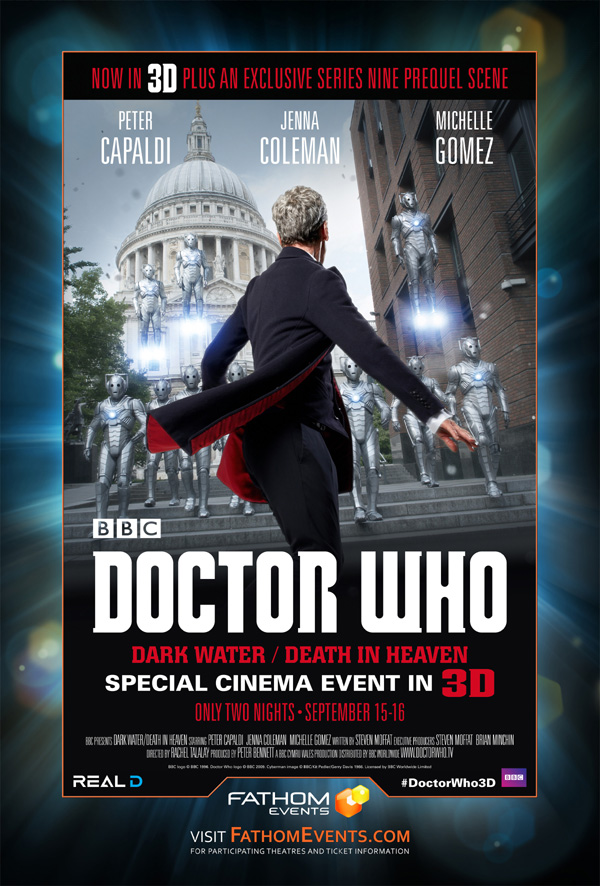 The screenings will not be taking place in the UK.

Season 9 has been filming in Cardiff since January and will begin on BBC One on Saturday 19 September.

Will you be going to watch the episodes again in 3D? Let us know below…