Famous for her role as the scheming Servalan in Blake’s 7, actress Jacqueline Pearce has recently starred alongside John Hurt in the War Doctor audios.

In this frank and fruity interview, Nicholas Briggs takes a champagne-fuelled walk through her life and career.

Pearce had a turbulent childhood; her mother left at a young age and her father was incredibly distant, so she was raised in an informal fostering arrangement which made her an outsider in her own home. She has a gentler perspective now, but it had a deep influence on her adult relationships.

Showing promise, she went to RADA as a contemporary of Sir Anthony Hopkins but her career never quite seemed to take flight as she had hoped. Despite ‘damsel of the week’ roles in shows like Danger Man and The Saint, plus sporadic film and theatre work, she has endured long spells of unemployment. Often led by the heart, she spent time waiting on tables in LA and answering Sammy Davis Jr’s fan mail rather than actively pursuing her career.

We could not help but warm to her as she admitted making some self-confessed poor romantic choices; we heard of failed marriages, transcendental meditation, and transatlantic flights in search of an orgasm between weekends of filming. 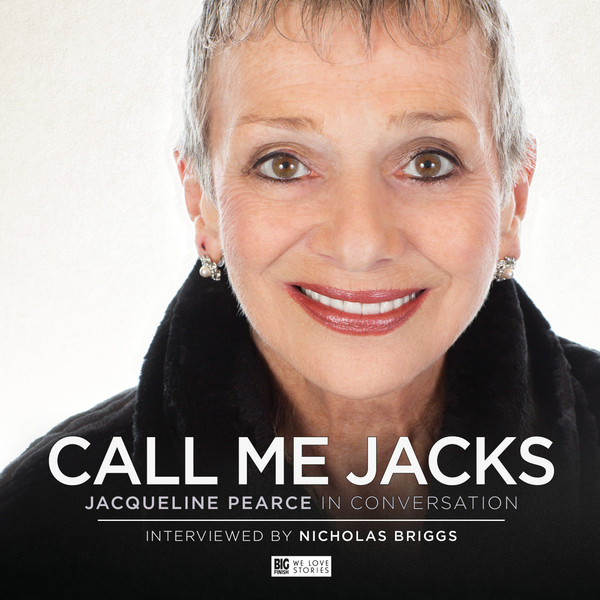 Pearce talks candidly about her time on Blake’s 7, which she has since reprised at Big Finish. Apparently not the first choice for Servalan, she made the role her own and admits standing apart from the rest of the cast, gaining a reputation for being difficult. In truth, she had little respect for some of the directors and was not particularly good at being diplomatic.

That reputation caused her to be out of work afterwards, but she gladly returned to play Chessene in ‘The Two Doctors’ and fondly remembers her trip to Seville, working with both Colin Baker and Patrick Troughton.

Through his informal, if sometimes bold, questioning Briggs tackles some deeply personal subjects, including her attitude to suicide and her cancer treatment. It is a measure of their friendship and her willingness to be open that he is able to do so, and it makes this interview compelling.

The desire for a life-changing experience post-treatment took her Africa, to care for primates. Now back in the UK, she is now settled caring for her dogs, whom she affectionately dubs ‘her kids’.

Listening to her tale, which is both reflective and brutally honest, we are glad she is enjoying what she terms a personal renaissance. Her distinctive throaty laugh carries us through all the talk of drugs, depression and dressing gowns, and as Ms Pearce delightfully describes herself, she is “… just twisted, not remotely bitter.”

What do you think of the interview? Let us know below…