Vienna Salvatori is the new girl on the Big Finish block.

Spun out of an appearance in the Doctor Who main range, and after a successful solo release in February 2013’s ‘The Memory Box’, Vienna’s brand of high concept, sassy sci-fi adventure has earned her a three-part series.

Chase Masterson, better known to CultBox readers of a certain age as Leeta the Dabo girl from Star Trek: DS9 (who married Rom the Ferengi), brings Vienna to life. A glamorous assassin for hire, with a habit of leaving no one alive who remembers her name, she has the capacity to be dropped into almost any situation and the stories in this box set serve to demonstrate her range.

‘Dead Drop’ launches with some full on space adventure. Undercover as the Executive Officer on the Custodian, hyper-dreadnaught class flagship of the Dyarid Primary Vanguard, Vienna’s mission is to kill their Supreme Commander Jamela K’Lynn (who sounds worryingly like a demented comic turn by Miranda Hart). However, the mission also places Vienna amid an almighty battle with the deadly Chtzin arachnids.

With the Custodian crippled, Vienna finds herself suffering some frustrating connection issues and is forced to take on an insane mission though the ship in order to restart its warp engines.

Frazer Hines (Doctor Who’s Jamie) guest stars in ‘Bad Faith’ as Baz Spendlove, a spiritual leader with shades of a seedy tele-evanglist. While Vienna gets religion, displaying all the qualities of a grade one miracle, there are bold ideas at play here amongst the humour; faith is farmed as a commodity and gadgets exist to assist those who want to believe. Despite some comedy lobster-mobsters, their term not ours, we enjoyed the unsubtle digs at Scientology and high profile celebrity god bothering. 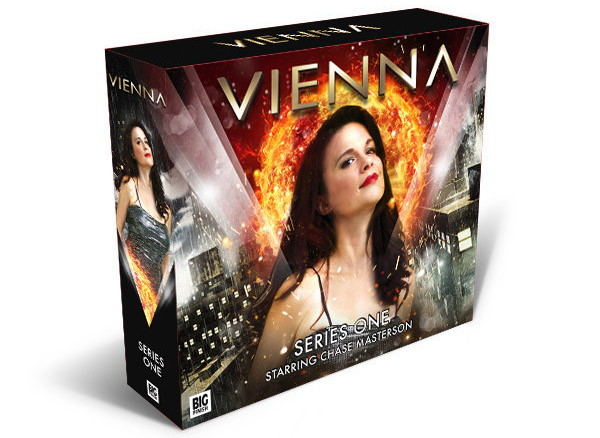 Both the first two stories lay hints for the finale, ‘Deathworld’, where Vienna finds herself in a struggle to the death with a band of other assassins. Fighting for her life, she realises she is not the only one to lay claim to her previous adventures which may just have been simulations to prepare her for the battle to come. Dealing with Vienna’s personal back-story, we get to peel back one of her many layers and find out a little more.

Vienna’s universe is one of telepaths, psychic transference and memory manipulation. Of sabre toothed sloths, cowardly robots and smart-ass computers. It is a place where sometimes you cannot believe what you remember and it is difficult to know who to trust. Despite her unsavoury occupation, Chase Masterson’s Vienna has both the wit and winning charm to make these tales a thrill ride, and a certain knowing way of delivering a line that can’t help but make you smile.

With twists and turns to keep you constantly guessing, as well as a door opened for further adventures, we are certainly smitten by Miss Salvatori and look forward to hearing more.