Recent roles in the likes of Little Britain have demonstrated to wider public something long known by Doctor Who fans; Tom Baker is a national treasure.

Now at eighty, this interview comes at the end of a third run of Fourth Doctor adventures, and hot on the heels of his fan-pleasing cameo in ‘The Day of the Doctor’.

Starting with his humble upbringings, interviewer Nicholas Briggs elicits Baker’s motivations to become a monk. National Service followed when the religious life proved a poor fit, and it was through his term as a medical orderly that he found the stage and subsequently drama school.

After his days in rep, where he gleefully gained laughs at the expense of others on the stage, he found himself in front of Sir Laurence Olivier and auditioning for the National Theatre. From there came a brief flirtation with the heady world of film, followed by a downturn and finally the role he came to inhabit so fully. 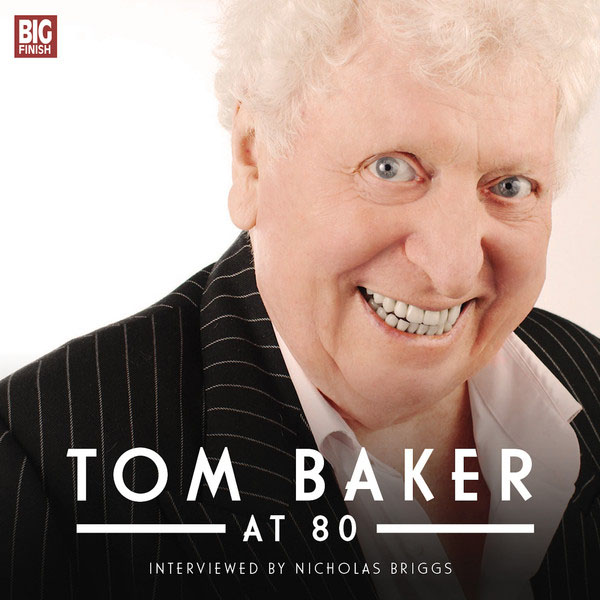 The actor claims to have mellowed with age and it appears to be true. He is generous in his praise of colleagues and even of his fellow Doctors. He clearly relishes his return to the role and enthuses about the atmosphere in the green room. There is certainly no condemnation of scripts as “whippet shit” here and Briggs reveals that Baker enjoys some small input into the audio tales they create.

After some fascinating discussion of his seven year tenure, Briggs addresses the decision not to return for ‘The Five Doctors’, prompting Baker to admit it was a combination of elements; feeling it was too soon, not having had a good relationship with producer John Nathan-Turner and not wishing to be one of many when he was used to being the centre of attention.

Baker’s struggles to find a place post-Who are fascinating. He moved into other roles but played them as the Doctor feeling that this was the audience’s expectation, and suggests that he did not really know how to do anything else. This is characteristic of his self-deprecating humour and disingenuous, as they go on to cover his successful appearances in Medics, Randall and Hopkirk (Deceased) and Monarch of the Glen. 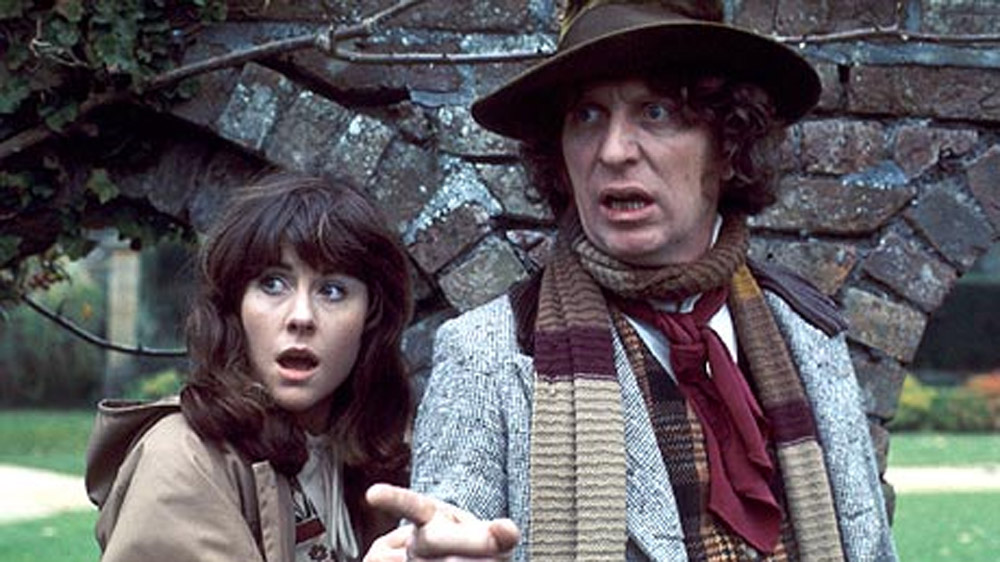 If we had one slight grumble, it would be that Briggs could have done with a little more preparation, perhaps a timeline or even the IMDB to hand, as Baker often reached for confirmation of a date or a name, and as a listener it is frustrating when you know it and those talking do not.

Tom Baker’s legendary capacity to spin tall tales shows no sign of abating and he remains a master of the well-turned phrase, delighting in making both his audience and himself laugh. Briggs affords his subject plenty of space, as this is more of a fireside chat than anything else, but he does focus his subject’s reminiscences and returns him to the point on occasion.

In adulthood, the focus is primarily on the professional rather than the personal. Regardless, there are passing references to his marriage to Lalla Ward, of whom he is very complimentary, and to his current domestic happiness.

While pretty freewheeling, providing plenty of room for his trademark anecdotes, this interview is a highly entertaining celebration of a career with plenty that is fresh and startlingly candid. The only problem is that at two hours, it was far too short!

What did you think of the release? Let us know below…