This final Early Adventure of the first run uses one of Doctor Who’s most short lived line-ups; that of the First Doctor, Steven and Sara Kingdom.

Without getting unduly mired in continuity, it is easy to pinpoint where this story is set as Sara only participated in one story, the twelve-part epic The Daleks’ Master Plan.

On the run, having stolen the vital Taranium destined for the Dalek Time Destructor, the TARDIS makes a forced landing in 1950’s London. With the ship locking them out and the Doctor taken gravely ill, they find shelter with a family of Caribbean immigrants.

Offering his hospitality, Joseph Roberts takes pity on them, despite the concerns of his niece Audrey. When her husband Michael comes home from his work at the docks he is distant and seemingly disinterested, apparently changed by the stresses of work and the relocation from Jamaica.

After both the Doctor and the TARDIS disappear overnight, it is up to Steven and Sara adapt. While he takes a job, Sara forges a friendship with Audrey and they are both forced to deal with the prejudices of the age. 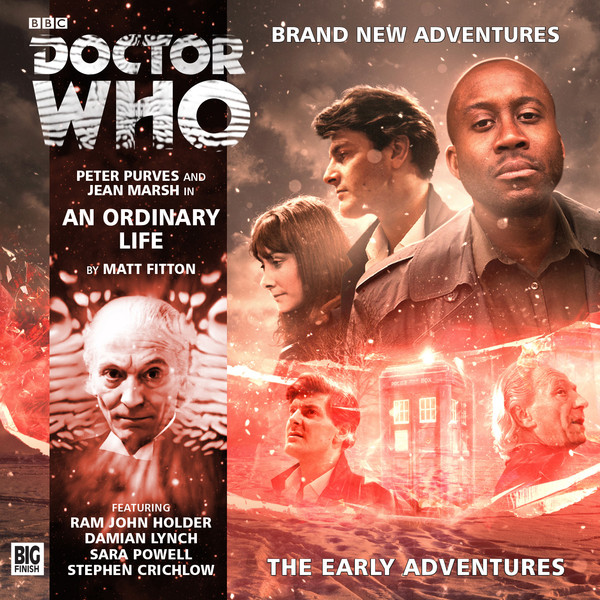 As well as cleverly weaving in a science fiction element, Matt Fitton’s story consciously draws its inspiration from the Angela Levy novel Small Island, placing these future-born immigrants in a time where racial tensions were rife. Such attitudes make little sense to the couple who both thankfully hail from more enlightened times.

Initially safe from the perils of time travel, it is fascinating to hear the pair grow together in a way there was never time for on screen. Also, we particularly enjoyed the sequence where Sara presents herself at the local police station, attempting to impress in an effort to gain employment.

Once again Peter Purves takes on dual roles, recreating both Steven and his version of the First Doctor, which is easy to get used to. Jean Marsh as Sara Kingdom remains strong willed and independent, although it is great to hear her take down the barriers a little.

Ram John Holder (Desmond’s) has a charismatic turn as the family patriarch Joseph, with solid support from Sara Powell and Damian Lynch as the family trying to survive the frosty English welcome they have received.

It is not often that Doctor Who dips its toe so directly into issues like race and the tensions provide an unusual and all too real backdrop to this tale.

Extras: The story comes with ten minutes of interviews with the cast and crew, as well as a nine minute music suite.