With episodes lost to the mists of time, as expensive videotape was routinely reused, a mere two full episodes exist from the first series of The Avengers.

Of course, we are not talking about the popular Marvel franchise here, but rather the British 1960s television series of the same name which focussed on the exploits of a certain John Steed.

Although that is not strictly true either, with the first series being as much about GP and reluctant hero Dr Keel as it was John Steed, and some episodes barely featuring the secret agent.

Using their audio expertise, Big Finish have breathed life into the scripts to fill the gaps in the archive and, of course, the show has many connections to Doctor Who. Not only was it also the brainchild of Sydney Newman but, even within the four episodes of this release, one was written by Hartnell era script editor Dennis Spooner and Peter Ling (writer of Troughton’s ‘The Mind Robber’) co-wrote two.

‘Ashes of Roses’ begins as an investigation into suspected insurance fraud, with Steed posing as a man following up the claim. When a call leads to a posh hair salon and some shady business connections, Steed finds himself at Keel’s surgery not to recruit the good Doctor, but rather his secretary Carol to go undercover.

While perhaps not a natural undercover, Carol rises to the occasion superbly and displays a considerable level of courage in perhaps the strongest of the four tales.

A trip to the zoo beckons in ‘Please Do Not Feed the Animals’ with Steed at work cracking a blackmail case. A smart plot ensues, with Keel having to join a gentleman’s club in order to get close to the action, although we did see the twist a way off (although we wonder if we would have done in 1961?) 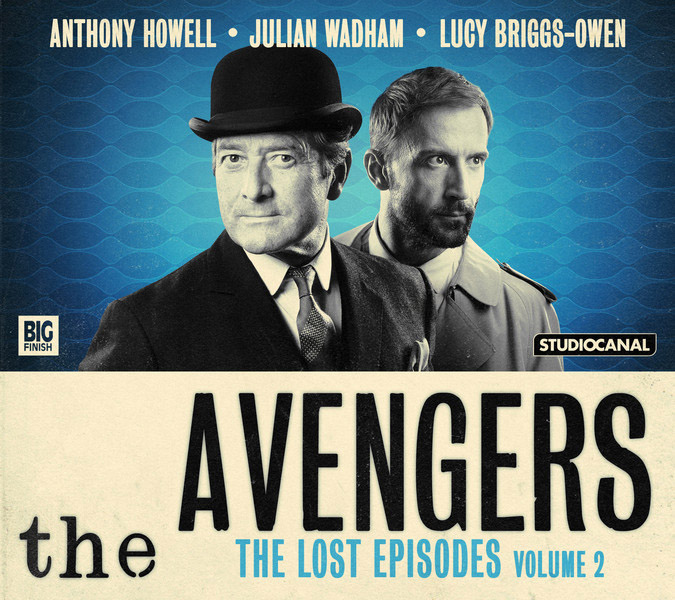 Cold War paranoia is rife in ‘The Radioactive Man’, when an illegal East European refugee becomes the subject of a manhunt when he accidently takes home a radioactive pellet. Keel takes the lead, with Steed barely featuring, as they try to track down the unfortunate man who believes the state have discovered his forged credentials.

Finally, in ‘Dance with Death’, Keel becomes concerned for a patient who believes someone is trying to kill her although the police dismiss her as a fantasist. As she co-owns a dance studio, it is up to Steed to go undercover and take a course of lessons.

Adapted for audio by John Dorney, the principal cast of Steed, Keel and his secretary Carol are well cast.

Julian Wadham’s John Steed provides a perfect blend of heroic charm and naughtiness, while Anthony Howell plays the wonderfully exasperated Dr Keel as a man who enjoys the danger despite himself and cannot help but be drawn in. Meanwhile Lucy Briggs-Owen, playing Keel’s Secretary Carol, seems amused by Steed’s antics and charmed by it all.

Markedly different in tone from the later television series, these early Avengers lost episodes are a terrific slice of authentic sounding Sixties action. Full of charm and retaining the attitudes of their time, they remain as entertaining as we imagine they were when originally made.

Extras: Just under 19 minutes of interviews with the principal cast, who discuss getting into character and bringing these engaging lost stories to life.