After last week’s lacklustre episode, Broadchurch ups its game as it focuses on the Joe Miller court battle, continues the Sandbrook case and some provides some development for David Tennant’s D.I Hardy.

It’s no shock that this season of Broadchurch hasn’t been anywhere near as gripping as its debut in 2013. A major gripe in last week’s review was that we needed to start seeing the answers, both in the Broadchurch and Sandbrook cases.

For Sandbrook, Ricky Gillespie, father of the murdered girl Pippa, is highlighted as a potential killer: he has a connection to Claire via the mysterious phone number, the significance of the bluebells and Ricky’s alibi from the night of his daughter’s death even being undermined by his own wife.

For Broadchurch, Joe is finally undermined in court, appearing guilty to his defense team [“Shit, Sharon, he totally did it!”] and then a damning testimony from an ex colleague. The court case is given more room to breathe here and gets some lovely moments with stars Tanya Franks and Pauline Quirke. However, there are some nice moments out of court too.

“We are going to win, aren’t we?” Beth Latimer asks prosecution barrister Jocelyn Chambers. It’s finally seeming like the Latimers might get justice. 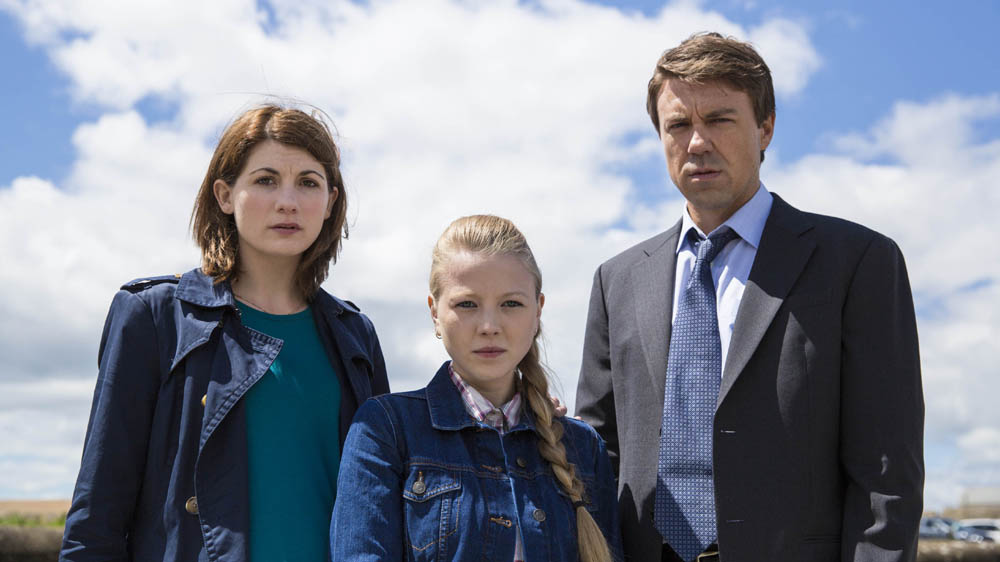 However, lots remains unexplained or painfully undeveloped as they try to cram so much in: the after effects of Jocelyn’s crash are all but glossed over, Oliver’s desire for a headline is just irritating and the macho posturing from Hardy and Lee Ashworth (James D’Arcy) is getting a little stale. Original cast members are also criminally sidelined: Arthur Darvill, Jonathan Bailey and Joe Sims all getting short shrift.

The Latimers fare much better. However, I am unnerved by the secret meetings between Mark Latimer (Andrew Buchan) and Tom Miller. The intentional parallels between Joe Miller and Danny Latimer’s relationship and feel odd and unnecessary.

Pauline Quirke’s reappearance as the embittered Susan Wright was welcome, though it raises more questions than it answers. Quirke is compelling to watch, though it’s hard to believe a word she says. Does she really have cancer? Nige (Joe Sims) doesn’t seem to think so. Is that why she incriminates him as Danny’s killer, trying to punish the child who rejected her? Or is Nige genuinely involved? 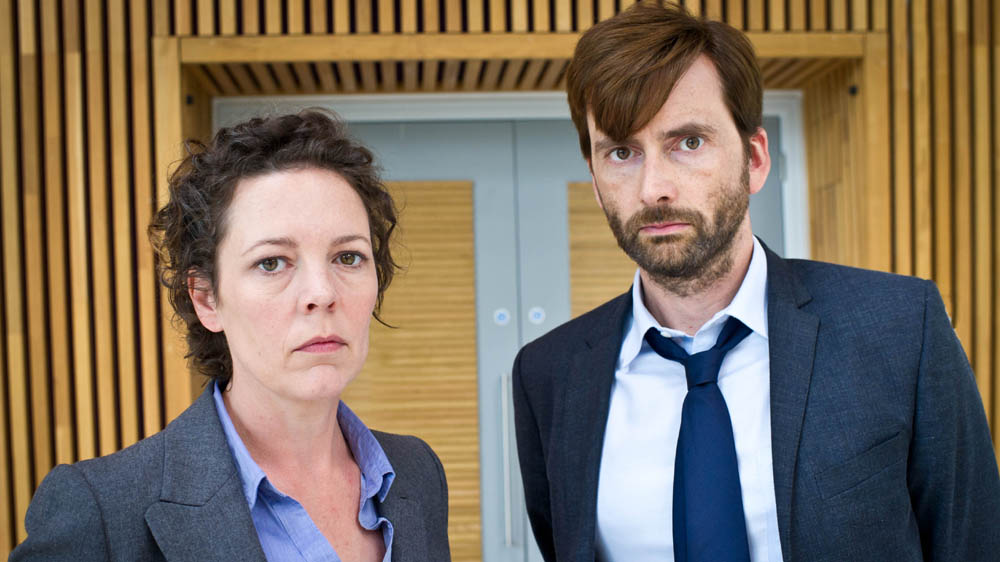 Despite its flaws, the previous episode was a showcase for the talents of Colman and this week it appears to be David Tennant’s turn. It adds real weight to the character as we see him awkwardly interact with his estranged family, being crippled by his continuing health problems and his guilt over the Sandbrook case.

This is best displayed in the scene where Hardy describes finding the body of Pippa (accompanied by some stunning imagery) and in his confrontation with Kate Gillespie (EastEnders‘ Amanda Drew). It’s also alluded that Hardy and Claire (Eve Myles) have had a sexual relationship: “Hardy slept with my wife. That’s why he’s so obsessed with her,” Ashworth tells Ellie, exposing another secret.

An improvement on last week’s episode with some welcome developments that, at the mid-season point, are needed to stop the show going stale and the viewers getting bored. More disclosure is required though.