Season 10, so far, has been a bit of a Doctor Who selection box.

It’s aimed to include all the classic story formats, so far – a modern day opener, a futuristic alien planet and a period romp, and while this classical approach has come at the expense of narrative originality, it’s also allowed the show to get back in touch with its simplest pleasures.

Having gone through the traditional crasher course for a new companion, it’s no surprise that this week’s episode takes aim at a more recent staple – the haunted house episode.

The new season’s first three episodes never really tried to be scary in the traditional sense, so there was ample room for this instalment to crank up the horror and tell a good old fashioned spooky tale.

‘Knock Knock’ succeeds, in most respects, in achieving that objective. This is a fun standalone episode that never pretends to be anything more than a ghost train ride.

The set-up here is textbook – a creepy, quite obviously suspicious old house, a group of unsuspecting attractive young people with questionable decision-making and a creepy villain who’s quite obviously orchestrating it all. It’s no surprise that the execution is textbook, too.

As befitting of a classic horror episode, ‘Knock Knock’ tries to scare on multiple fronts. There’s a touch of light body horror with the swarming, infesting bugs who clump together in legions and consume their hosts, appealing to the innate gruesomeness of slithering insects worming their way through liminal spaces in the walls, or in the body.

The episode’s atmospheric sound design creates an unsettling feel to even the quietest moments, with a surreptitious knock on the wall or a creak ready to disrupt the brief moments of peace that the Doctor, Bill and co experience.

And late on, ‘Knock Knock’ tips its hand with a monster, in the imprisoned wooden creature formerly known as Eliza, that heads straight into the depths of the uncanny valley with its naturally human voice contrasted with the artificiality of its crafted face. 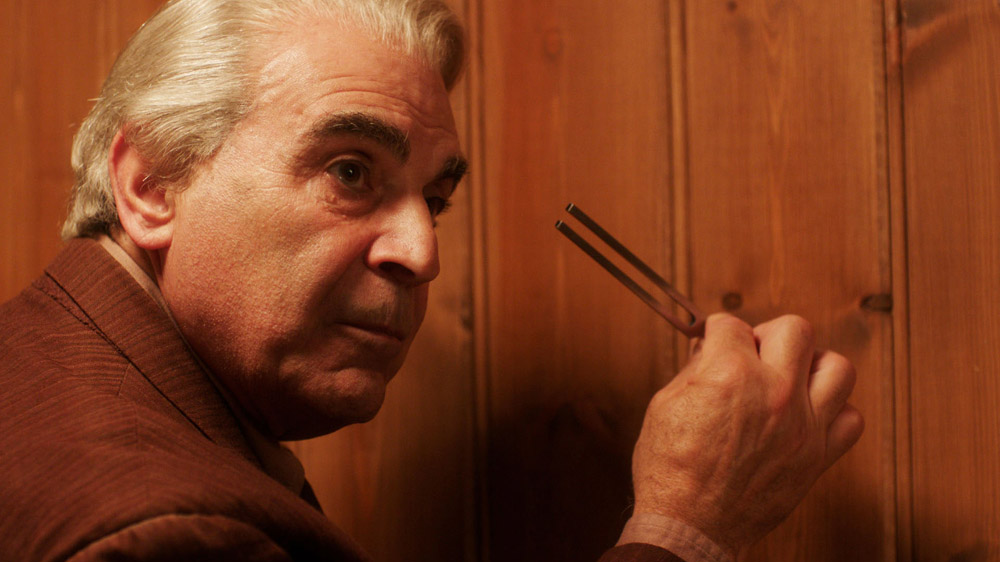 David Suchet makes for a good antagonist for the majority of the episode as the Landlord, never underplaying the unsettling aspects of his character and instead letting them worm in through a strange off-hand comment or a sudden change in tone that lets us know that something is deeply wrong with this guy.

It only becomes clear why an actor of Suchet’s calibre was hired until the very end, as before his performance is mainly stuck in one mode by necessity, but he proves to be a reasonably compelling manifestation of the house’s sinister nature while the episode is in horror-house mode.

If all the mentions of the episode checking off boxes makes the above paragraphs sound like a list of back-handed compliments, then you might be right. The rub with an episode like this is that it is a well-made episode with a good cast, a good script, and good production values that achieves its stated goals, but all of that is achieved by aiming at a low target and hitting it.

‘Knock Knock’ is a solid take on what many, many episodes before have been good at, and doesn’t really distinguish itself from them until the very end. Up until the point they take different paths at the point of the big twist, it’s very reminiscent of ‘Hide’, which wasn’t a groundbreaking episode to begin with.

For as long as it sticks to its premise, which is a significant majority of its run-time, ‘Knock Knock’ feels like the televisual equivalent of a ready meal. It tastes good, and fills you up, but it’s not something that you’d choose over fancier options if they were available.

It’s been created in a factory, after all, with the ingredients ticked off by committee to satisfy the people who want to eat that product, and as a result, it tastes like you’ve eaten it before.

Apologies for any devout ready meal fans reading this.

Perhaps that’s a cynical assessment, because ‘Knock Knock’ isn’t exactly an episode written by committee. There’s enough idiosyncrasy in the final act to see off that accusation. I’ve separated the final act from discussing the rest of the episode because it doesn’t feel like the culmination that one would expect. 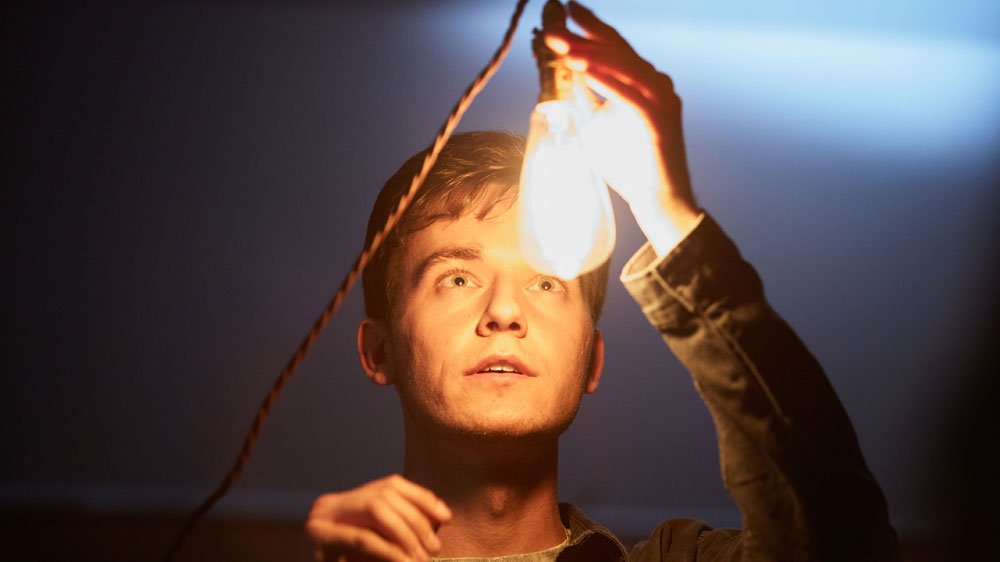 ‘Knock Knock’ has a touch of classic teen horror about it, and the natural conclusion to any story like that is a triumphant moment where the curtain is lifted and the bad guy is revealed and brought to justice.

Except ‘Knock Knock’ doesn’t do that. The denouement it offers parks the horror tropes of the rest of the episode for something more emotionally complex. Initially, it seems that Suchet’s character has been concealing his ‘preserved’ daughter and feeding her the lives of the poor folks he traps in the house.

While that’s a substantial shift from the snappy horror of the rest of the episode, there’s still a sense of conventionality in that twist. The flawed but good-hearted patriarch making cruel sacrifices to protect his daughter is a well-worn trope of TV, and it feels a little old-fashioned at this point.

Except ‘Knock Knock’ doesn’t do that either. It’s a neat twist to flip the initial flashback on its head to reveal that it was a fake-out concealing the fact that the Landlord was a boy when Eliza was on her death-bed, making her the Landlord’s mother instead.

That’s a genuinely unusual and unexpected way for the episode to head in – psychologically, a son telling his mother she was his daughter is certainly a pretty loaded revelation – and it finally gives David Suchet a real acting challenge as he combines heartbreaking vulnerability with an unseemly possessiveness. 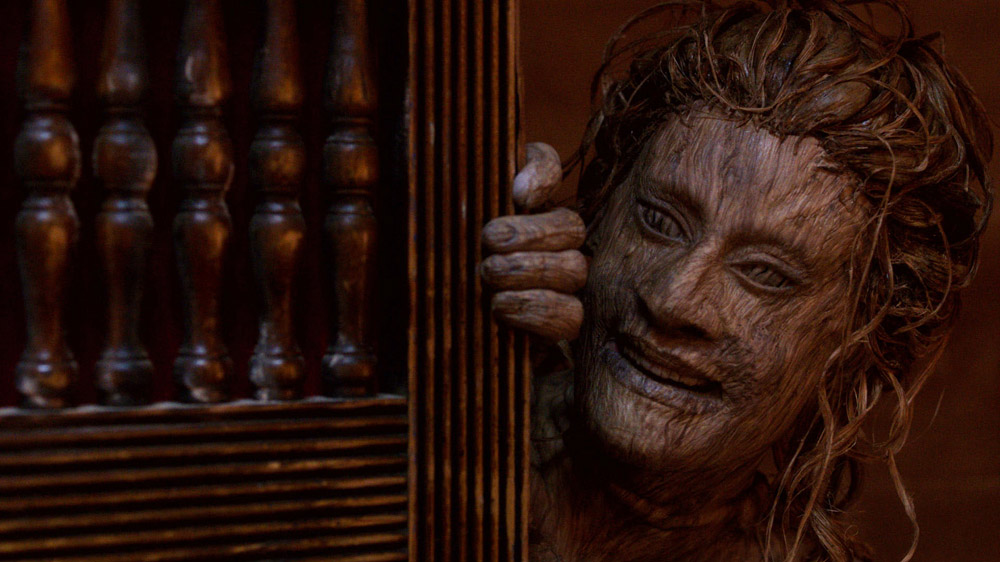 It’s interesting, too, how the episode doesn’t really redeem the Landlord despite every sign pointing in his direction, implying that it was better for his influence to be removed from the world than maintained in any way, which is another step away from conventional Doctor Who formula.

I wouldn’t be surprised if the final twist is the bit that causes the most consternation, rather than the haunted house material beforehand, but for me, it was a welcome burst of fresh ideas in an episode that doesn’t have many of them, rife with interesting implications of the power of motherhood (in the way in which Eliza is able to ultimately control the situation once she knows her role) and the forced subservience of daughterhood.

‘Knock Knock’, for my taste, is one of the weaker episodes of Season 10 so far. It doesn’t offer the same thematic depth of the first three episodes, and it strays away from the simple pleasure of extended character interaction between the Doctor and Bill that has worked so well as the foundation of this new run of stories. Yet it’s still perfectly enjoyable, and by no means does it knock this season off course. 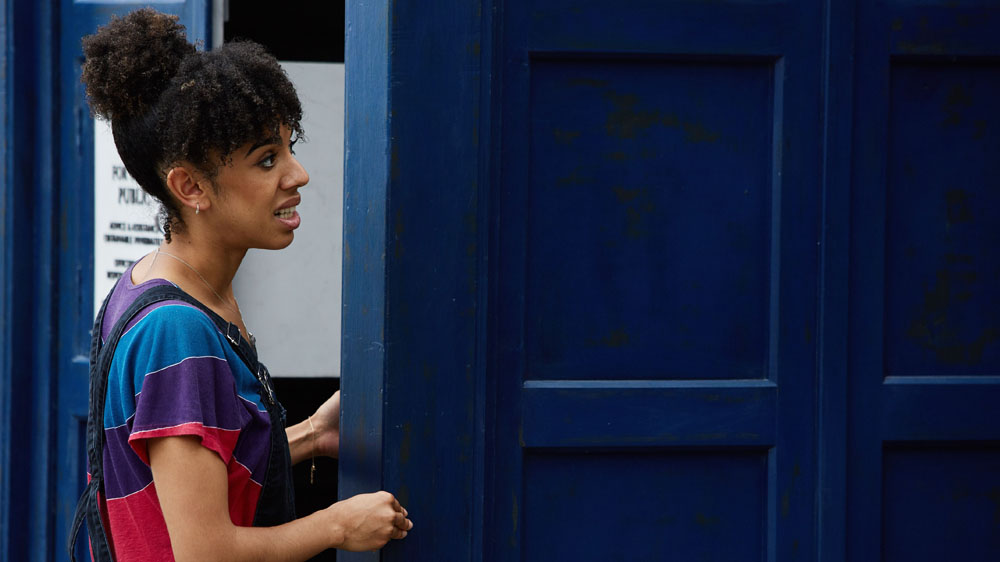 This is still an impressively cohesive run that’s building upon each episode incrementally – this episode, though less informative than before, is a chance to see Bill’s domestic life and to ground her in a relatable environment once more without the Doctor – with a season arc that’s unveiling itself with surprising rapidity.

Just what is inside that vault, if it hates Nardole but will happy sit down for dinner with the Doctor? The Master, perhaps, seems like he/she would fit into that category, but would that be far too obvious? And even then… which one would it be – Simm or Gomez?

What did you think of ‘Knock Knock’? Let us know below… 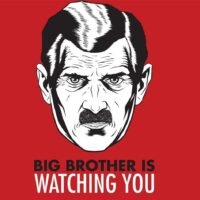