Solo is the latest outing for Tom Baker’s irrepressible Fourth Doctor. Set after ‘The Deadly Assassin’, so post-Sarah Jane, pre-Leela, it sees the Time Lord traveling without a companion. However, he makes a few allies along the way, naturally. 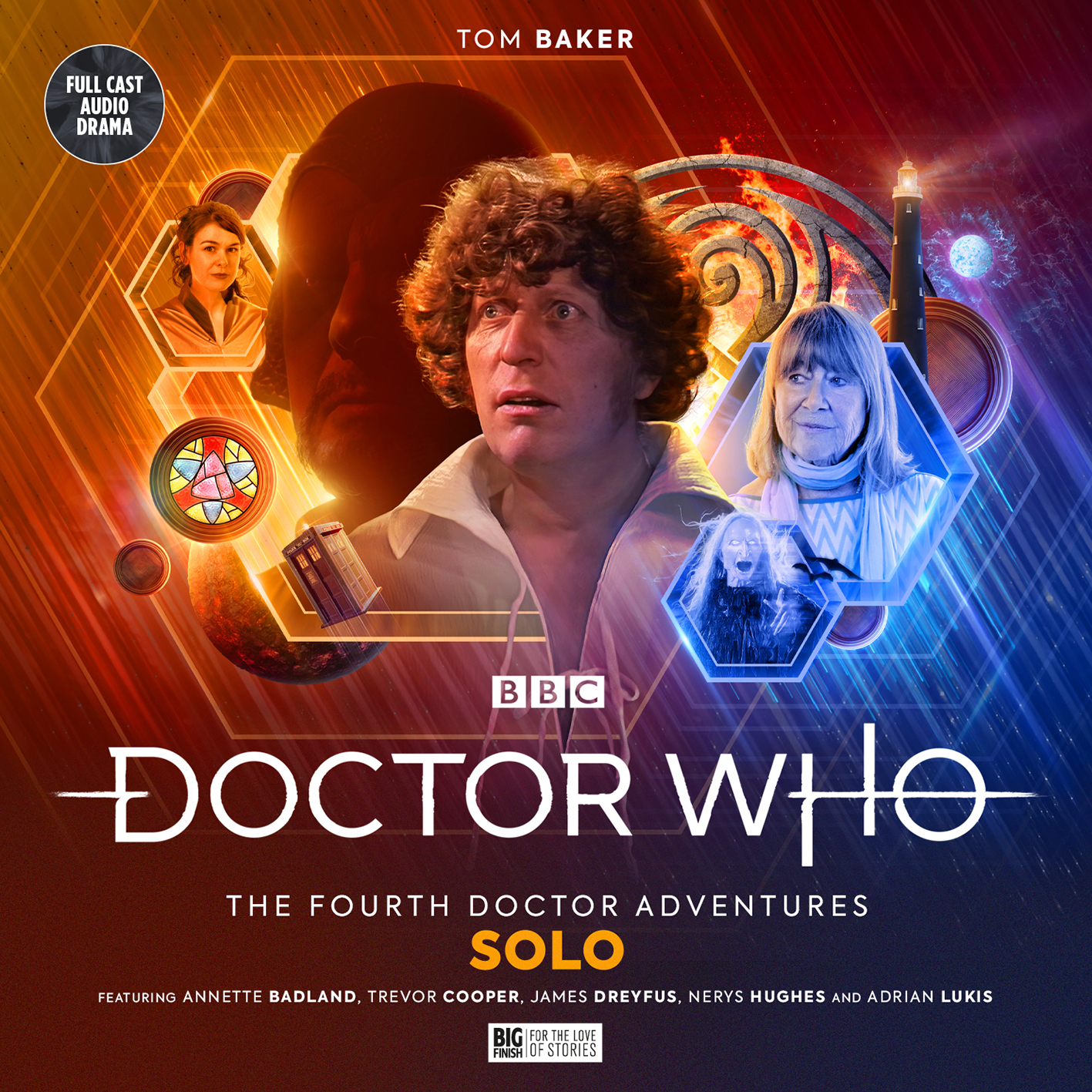 Blood of the Time Lords

The first tale brings us to the Recusary on one of Gallifrey’s moons. It is a monastic-style retreat where ancient Time Lords go to die. In solemn preparation, they compile their memoirs for posterity before making a dignified exit. It is also the residence of the Doctor’s old mentor. The hermit mentioned in the Pertwee era, and met in ‘Planet of the Spiders’, gains (another) new face here; christened Ansillon, he’s played by Adrian Lukis.

All but cut off from Gallifrey, with minimal contact via scrolls, the Doctor’s arrival comes as surprise. He has arrived for help with a book, The Dischord Grimoire, but instead a spate of killings underway. Amid the aged tomes and ancient Time Lords, there’s a conspiracy afoot… one which involves The Master. 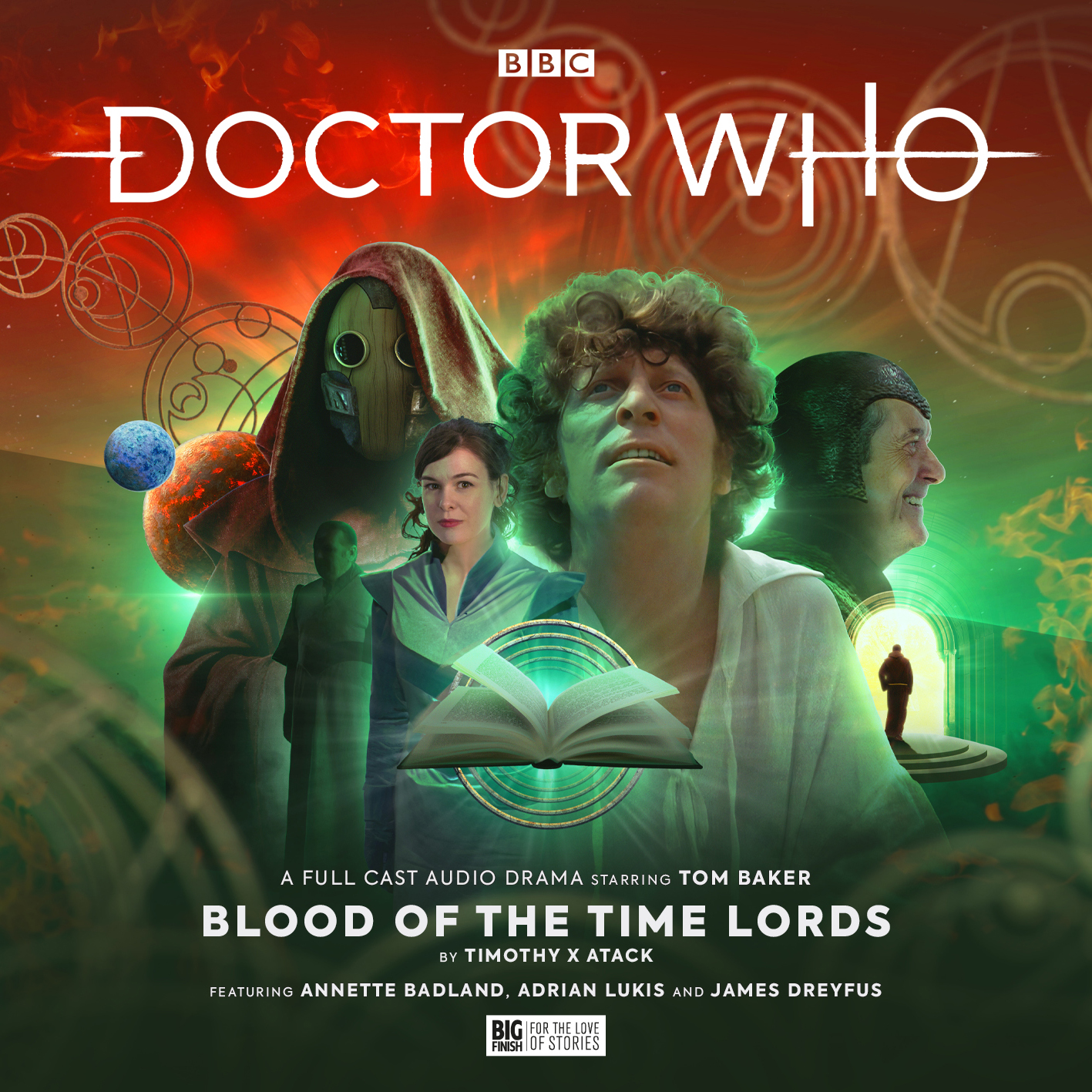 This is a superb story and writer Timothy X Atack conjures a whole new aspect of Time Lord society. From the cavernous, potentially infinite library to the subservient Cohorts who administrate it, the Recusary feels like a plausible extension of their world. Naturally, there’s a monster lurking for good measure too and the Mandelbrot is lots of fun.

Serving as de facto companion, Emma Noakes plays Elanora the chief Librarian. She delivers an engaging performance, which put us in mind of Katherine Parkinson. In the wider cast, both Annette Badland and Christopher Naylor both shine are great as a pair of suspicious Time Lords working on a secret project, the former being a critical academy teacher of both the Doctor and the Master.

This is doubtless the fourth and final performance of James Dreyfus as the Master. The recording took place in 2017 and, despite his subsequent controversial remarks off mic, he is excellent in the role. It is interesting to see this younger Master interact with the more seasoned Doctor, and the script has some fun at the disparity between them.

One minor thought: we were surprised that there was no mention of that other famous book, “The Ancient and Worshipful Law of Gallifrey” from ’Shada’. Especially as, like that other tome, The Dischord Grimoire appeared to have unusual temporal powers

For the second story, writer David Llewellyn brings us to the Kent coast. Set around a secretive power station project, it’s a tale that deftly mixes folklore and science fiction; you can tell its going to be a spooky old business when the TARDIS tries to leave on her own!

As the primary guest star, Nerys Hughes is highly entertaining as Margaret Hopwood, a sculptor of some renown. A forthright character, she is steadfastly remaining in her cottage despite the repeated offers to sell up. Meanwhile, a spate of disappearances have begun to surround the power station – not that it’s director Gordon Miles (Richard Earl) will hear a word of it! 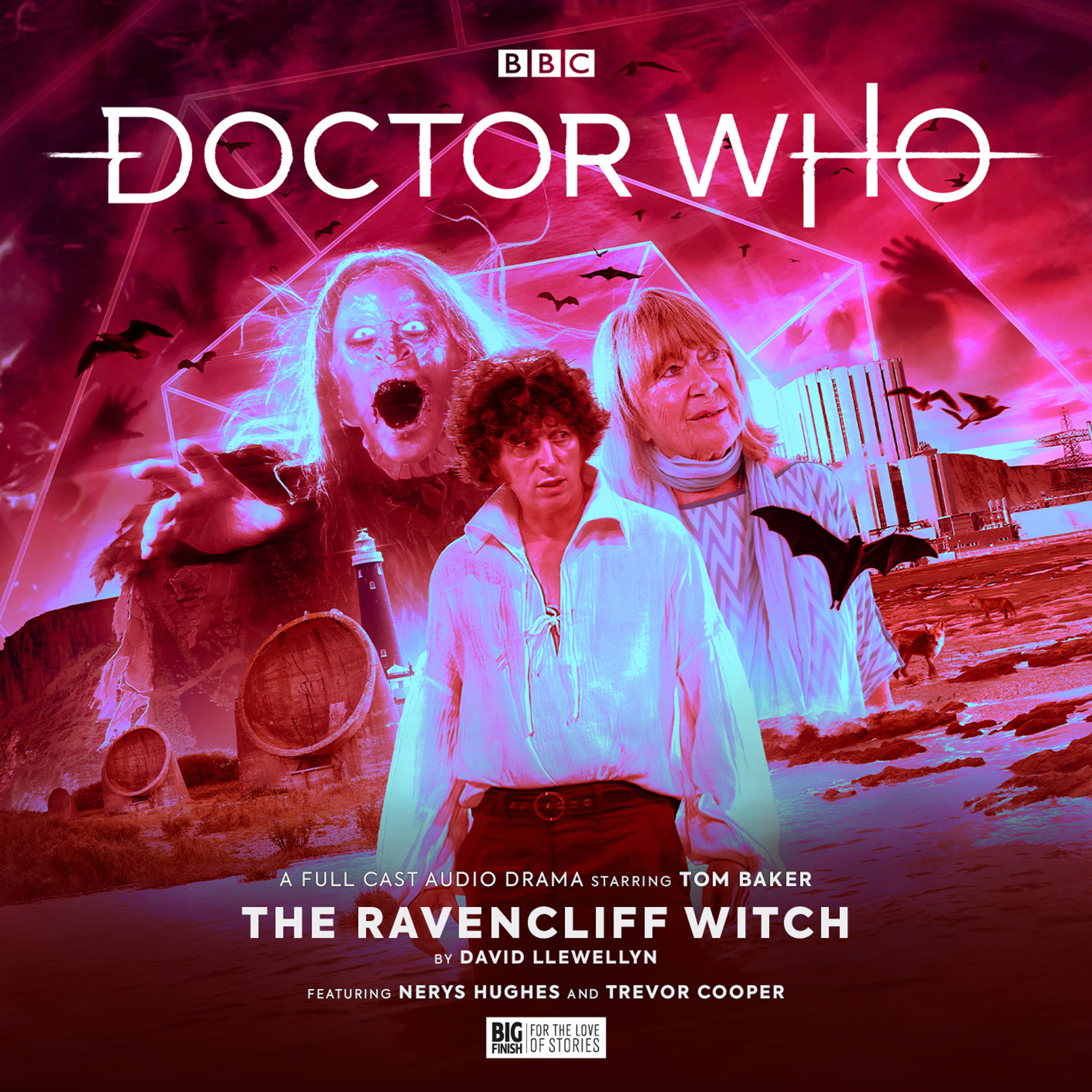 We loved the story’s setting evocative and its clever use of the sound mirrors. Along with the sci-fi, Llewellyn’s script has a strong family element to it; Trevor Cooper’s salt-of-the-earth lighthouse keeper Silas Keynes is at odds with his daughter Amanda (Deli Segal) who works at the power station. Then there’s the rational scientist Celia Banks (Lucy Pickles) who becomes the Doctor’s ally as the disappearances increase. Events build to a thoroughly satisfying conclusion, with no easy answers for those involved. It is another win for us.

Tom Baker once famously suggested that the Doctor did not need a companion, suggesting a talking cabbage might suffice. While we are not convinced, he entertains here as a lone agent, talking to himself before making allies as he travels. Naturally, we cannot help but consider them as potential companions and it seems we are not alone — Margaret Hopwood joins the Fourth Doctor and Leela in 2023.

With the breathing space afforded by four-parters, this pair of quite different adventures are skilfully brought to life by director Nicholas Briggs. We must also mention another glorious set of covers by artist Ryan Aplin.

In the meantime, a second volume of these companionless adventures are due in June.

Doctor Who: The Fourth Doctor Adventures Series 11 – Solo is available on CD and download from Big Finish.