To celebrate the movie’s release on Blu-ray and DVD on Monday 24 August, courtesy of Lionsgate Home Entertainment, we’ve got Blu-rays to give away to four of our Twitter followers! 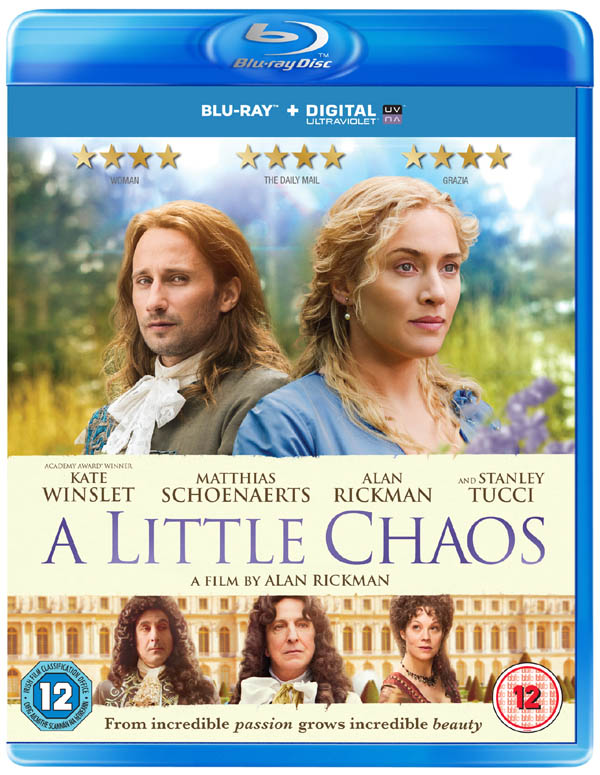 When brilliantly talented landscape gardener Madame Sabine De Barra (Kate Winslet – Labor Day, Revolutionary Road) finds herself an unlikely candidate for landscape architect of the still‐to-be-completed Palace of Versailles, she is thrown into the bewildering world of the court of King Louis XIV (Alan Rickman – Lee Daniels’ The Butler, Harry Potter and the Deathly Hallows). She has little time for the classical, ordered designs of her employer, the famous architect Le Nôtre (Matthias Schoenaerts – Far From The Madding Crowd, Suite Francaise), but as she works on her creation, she finds herself irresistibly drawn to him, while attempting to negotiate the perilous rivalries and intricate etiquette of the court.

This competition has now closed. The winners are Harry Lovatt from Torquay, Marcia Webber from Portsmouth, Shelley Fisher from Selby and Val Dunn from Ealing.