It’s testament to The Fast Show’s incredible depth of quality that narrowing this list down to a manageable number proved to be so exceedingly difficult. There were so many brilliant characters across the show’s run, it’s easy to forget some absolute gems.There was the thespian who spent “over six hours in make up”, the ever-so extreme offroaders, the tough-talking Inspector Monkfish and the office horror that is Colin Hunt. All of them solid gold, but all too often overlooked.

However, this list has to be reserved for the absolute creme de la creme of Fast Show greats. Only the true heavy hitters make the cut. These are the characters who were not only always hysterical but also without whom the show simply wouldn’t have been the same… 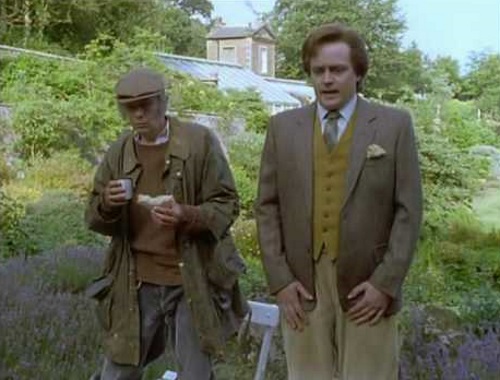 The ballad of Ted and Ralph is one of unrequited love and unspoken affection. Affable country gent Ralph tried repeatedly to spend time with his loyal handyman Ted and the excruciating awkwardness it generated saw Charlie Higson and Paul Whitehouse on sparkling form.

The close bond between Ted and Ralph represents a rare foray into genuine poignancy for the show too, and while the will they/won’t they tale of repressed attraction is hilarious to watch, it can also be strangely heartbreaking. The couple’s greatest moment came when Ralph interrupted Ted and his pals in the pub and delivered some extremely difficult news, all while also getting involved in their raucous drinking game. 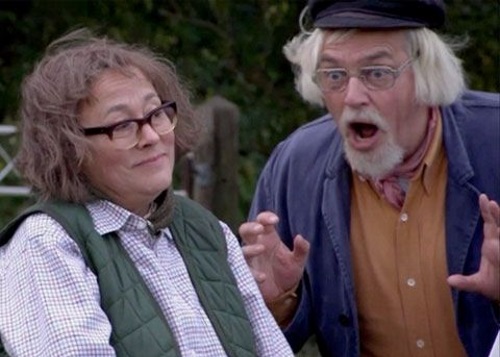 “You lock me in the cellar and feed me pins!”

Charlie Higson’s manic landscape artist is a perfect recurring gag. When he appears on screen with his long-suffering and eternally patient wife Katie (Arabella Weir), you know the peace and tranquility will soon be broken. The fun comes it waiting to see exactly how it will happen. Sometimes it gets averted at first, but sooner or later, things are guaranteed to turn black and Johnny will take a turn for the dark. 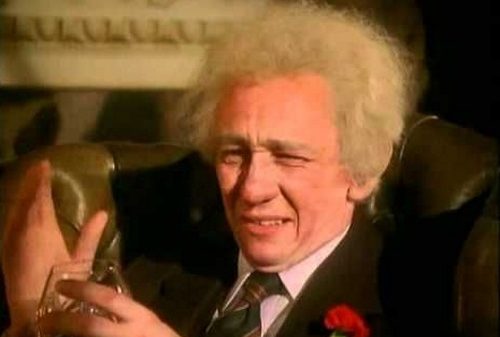 Paul Whitehouse’s rambling old barrister may not have been a natural raconteur, but he never let that get in the way of delivering one of his trademark anecdotes. Perched by the fireside with a drink firmly in hand, his incoherent stories are punctuated with the odd  unexpected phrase which always raised more questions than it solved. “Image of a four star Nazi General, licking a lollipop” being one such example.

There was also another unexpectedly touching moment in series 2 when Rowley went all misty eyed and sombre reminiscing about a lost love from yesteryear. Whatever the build-up may be however, there never stops being something thoroughly charming about seeing the glint in Birkin’s eye as he delivers his wonderfully sozzled catchphrase. 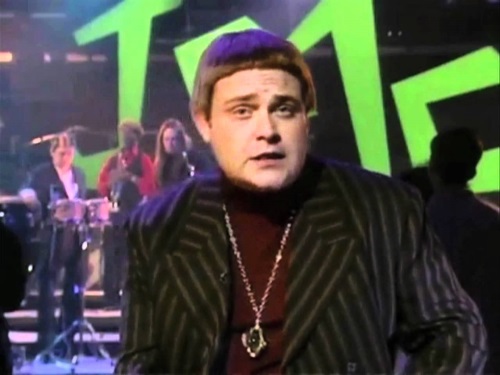 John Thompson played plenty of wonderful characters on the show, but his finest was comfortably Louis Balfour, the ice-cool host of “Jazz Club”. Relentlessly suave and unapologetically pretentious, Balfour introduced us to a cavalcade of oddities over the years. As was often the case on the show though, one of the funniest occurrences came when the format was subverted. In his case, it saw Balfour finally losing his cool at the expense of Paul Whitehouse’s free-wheeling scat singer in the 1996 Christmas special. “Far cry from small boys in the park, jumpers for goalposts. Rush goalie. Two at the back, three in the middle, four up front… one’s gone home for his tea.”

Another Paul Whitehouse oddball here who also delivers rambling stream of conscience nonsense to mesmerising effect. Ron Manager is a glorious amalgamation of various old-school football pundits who hark back to a rose-tinted yesteryear and who speak almost exclusively in cliches. He may veer off on some unintelligible tangents, but Ron ultimately always comes back to that indelible comforting image, “young boys, in the park, jumpers for goalposts. Marvellous.” The masters of the not-so-subtle innuendo, these two tailors, played to campy perfection by Paul Whitehouse and Mark Williams, are relentless in their dedication to smutty insinuation. What often starts as playful double entendres inevitably soon escalates into explicitly probing questions. Once again, one of the funniest examples of the sketch comes when its format is subverted. This time that involves the pair meeting a customer who gives as good as he gets, much to their obvious disappointment.

Roy and Renee: Poor put-upon Roy can’t help but put his foot in it with his motor-mouthed wife.

Billy Bleach: The ultimate pub know-it-all whose attempts at making change is mesmerising to watch unfold..

Swiss Toni: The man who can make literally anything be about making love to a beautiful woman.