They are Ascension of the Cybermen and The Timeless Children.

Showrunner Chris Chibnall was interviewed about both episodes in the magazine.

“They’re relentless, single-minded and brutal That’s the essence of their ‘monster personality’. The nightmare is how do you escape them? Because they’re around every corner and they just won’t stop. The humans are desperate and the Cybermen just keep going.”

“Ascension of the Cybermen is one of those episodes where the Doctor and her friends are all on the run from different threats. We head into the next episode with the jeopardy of whether they’re ever going to meet up again…”

Julie Graham plays Ravio in Ascension of the Cybermen. Chris Chibnall described Ravio as an “all action hero” in an interview with the Mirror. According to director Jamie Magnus Stone, “If you were one of the last human refugees, you’d want Julie Graham on your side against the Cybermen.” 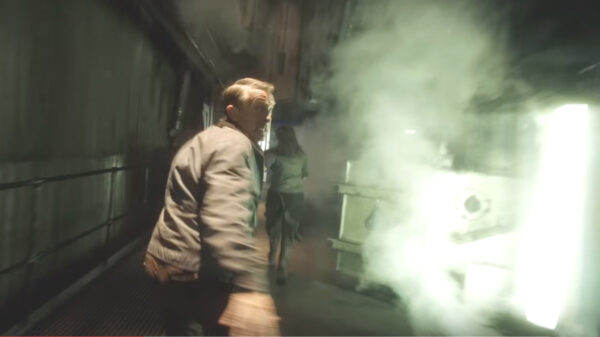 As for The Timeless Children, “I can’t tell you anything about this episode,” Chris Chibnall told Doctor Who Magazine.

“The Timeless Child is mentioned as far back as The Ghost Monument [2018], and the final episode of this series is where some of those questions get answered. It’s a huge, emotional finale with lots of Cybermen. And it runs for 65 minutes.”

“It’s both epic, and personal. This is what you’re always looking for in a series finale – the way the big, universe-threatening story impacts on the personal lives of your characters. And categorically that’s what’s happening in this episode.”

“In Spyfall Part One [the Doctor and her companions are] buoyant and they’re having fun. Where we leave them at the end of episode ten is an entirely different place.”

Chibnall ended the interview with this advice about The Timeless Children: “Watch this episode live. Or as soon as you can…”.

Photos from Doctor Who filming at Nash Point in Wales on August 21 and 22 provide glimpse of what is in store for the the two-part series finale.

Written by Chris Chibnall and directed by Jamie Magnus Stone, Ascension of the Cybermen and The Timeless Children will air consecutive Sundays, the evenings February 23 and March 1, on BBC One and BBC America. 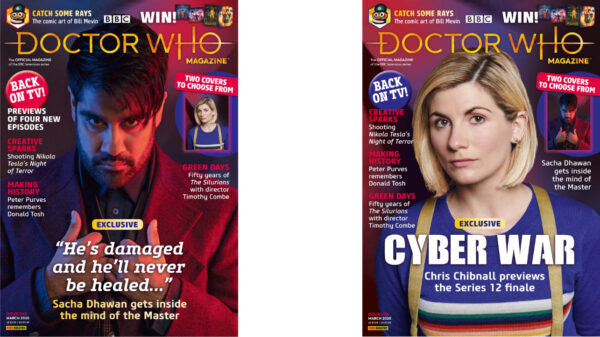 Issue 548 of Doctor Who Magazine is offered with two different covers and is available online and at newsstands Thursday, February 6.