Patrick Troughton’s son will take on his father’s role for a new run of box sets.

Doctor Who audio producers Big Finish have taken the step of casting Michael Troughton as the Second Doctor.

A successful actor in his own right, Michael Troughton starred in the 1980s/90s political sitcom The New Statesman with Rik Mayall. In addition to credits on numerous shows since the mid-70s, he also played Professor Albert in Doctor Who’s 2014 festive special, Last Christmas.

He is no stranger to Big Finish either, having put in a terrific performance at the artist Menlove Stokes in the adaptation of Gareth Roberts’ novel The Romance of Crime. 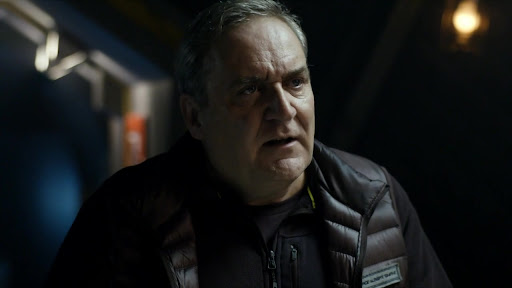 Speaking about his casting, the actor said:

“When they phoned up out of the blue and asked, ‘How would you feel about playing the Second Doctor?’, I sort of had to think about it. I said to myself, ‘Well, it would be a really fun thing to try and do,’ not to try and recreate Dad’s voice perfectly, but to give the kind of emotional fun character that he gave. That’s the way I looked at it, so it’s a mix of me and Dad, really.”

There are boxset ranges for all the classic Doctors this year, while David Bradley and Tim Treloar continue as both First and Third Doctors respectively too. However, a full-cast Second Doctor range fills a gap only been previously tackled by partially narrated Early Adventures. In those, actor Frazer Hines voiced the Doctor, as well as playing companion Jamie McCrimmon and also narrating.

Surprisingly, The Second Doctor Adventures are not the first place we will hear this new Doctor. It’s been revealed that the Season 7-set story The Annihilators will feature Troughton and Frazer Hines, along with its already announced cast of Tim Treloar’s Third Doctor, Daisy Ashford’s Liz Shaw and Jon Culshaw as the Brigadier. 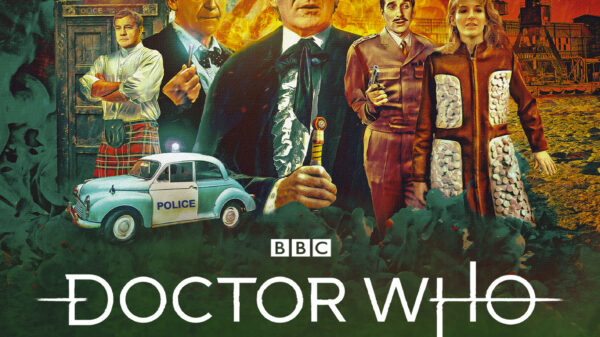 There’s something in the water at Lewgate Docks. Something strange, and green, and deadly. Summoned to the North of England by a mystery informer, the Brigadier finds his investigations hampered at every turn by the local police. Just what are they trying to hide?

While the Doctor uncovers sinister goings-on in the city morgue, Liz attracts the attention of something unearthly. But with Time running out, quite literally, the Doctor, Liz and UNIT aren’t the only ones to find themselves targeted by a world-shattering alien menace…

… because they’ve got a previous Doctor and his best friend Jamie in their sights, too!

As had been previously hinted, this cover art suggests an older Jamie and the pair may be drawn from the speculative Season 6B era of the show. 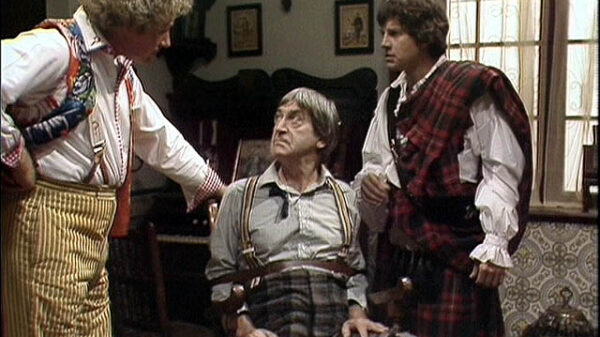 A fan theory, it suggests the Doctor worked for the Time Lords after his trial in The War Games. His missions took place before his exile and regeneration, and reunited him with his companions. This mops up a couple of continuity errors and makes sense of the older Patrick Troughton and Frazer Hines, as seen in The Two Doctors.