Best known for his contributions for the modern Doctors on screen, Doctor Who writer Gareth Roberts contributed this pair of ‘Missing Adventures’ to the Virgin book range in the mid-nineties.

Adapted for audio by John Dorney, both stories both pair Tom Baker’s Doctor with Lalla Ward’s Romana II and K-9, the first time this line-up has been reunited. Tonally, the stories sit gleefully in the darkly comic era of the show, as produced under Graham Williams.

‘The Romance of Crime’ sees the Time Lords arriving on ‘The Rock of Judgement, a sort of space death row. After the resurrection of a mutant criminal named Xais, who has the ability to squash people with the power of her mind, deceptions follow – as do the Ogrons, the dim-witted ape-like former Dalek henchmen.

Miranda Raison (Spooks, ‘Daleks in Manhattan’) is on murderous form as the villain, and kudos to the sound effects team as she does her worst, plus there is a terrific performance from Michael Troughton (‘Last Christmas’) as the deluded and demonstrative Menlove Stokes, the prison’s artist in residence who has an eye for Romana. 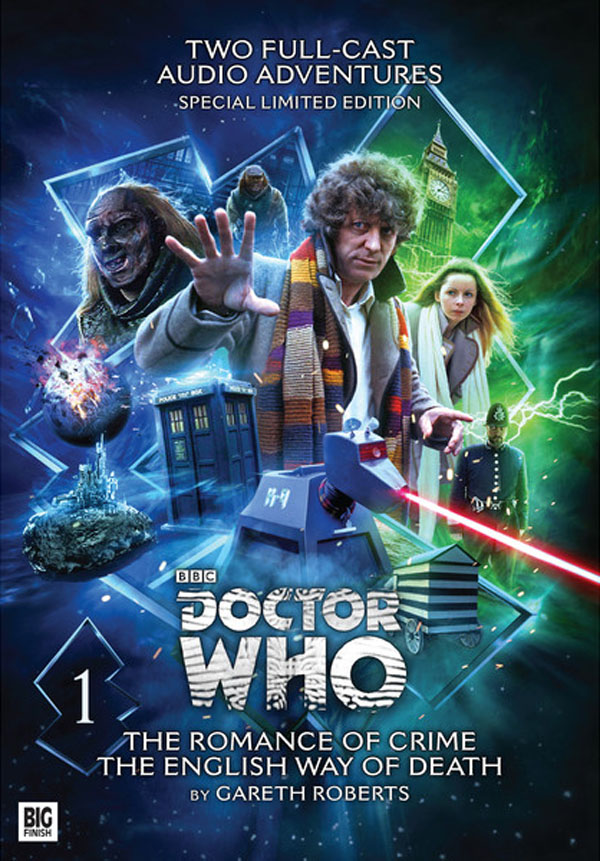 ‘The English Way of Death’ sees a second-hand time corridor disrupt the Doctor’s plans to return some library books. Romana takes the lead investigating, adopting her own bamboozled companion (a blustering Colonel for whom K-9 has to translate), as they discover a group of people from the future seeing a quiet retirement in the 1930s.

Terrance Hardiman (The Demon Headmaster, ‘The Beast Below’) is on top form as Stackhouse whose minions have a hunger for “brains!” and we particularly enjoyed the homage to Douglas Adams with the unobtrusively named Percy Closed.

With a faithful recreation of Tom and Lalla’s occasionally pointed badinage, there is plenty of fun here and it is brilliant to see these two tales brought to life. They are available separately or as a limited Special Edition, which comes with a disc full of cast and crew interviews.