Taking part in a panel at Awesome Con in Washington D.C. on Sunday with former Doctor Who co-star Jenna Coleman, who played Clara from 2012-2015, he hinted at a scene that he has recently filmed.

Making a reference to the Doctor having his memories of Clara wiped in last year’s season finale, ‘Hell Bent’, Capaldi said: “I’m not sure how successfully Clara was able to wipe his mind. In fact, I just did a … I was about to tell you something I can’t tell you now.”

He added: “I just shot something that… Clara was still there…”

As the new season of Doctor Who has not yet started filming, presumably the scene he’s recently shot is for BBC Three’s new spin-off Class, set at Coal Hill School, where Clara was a teacher. 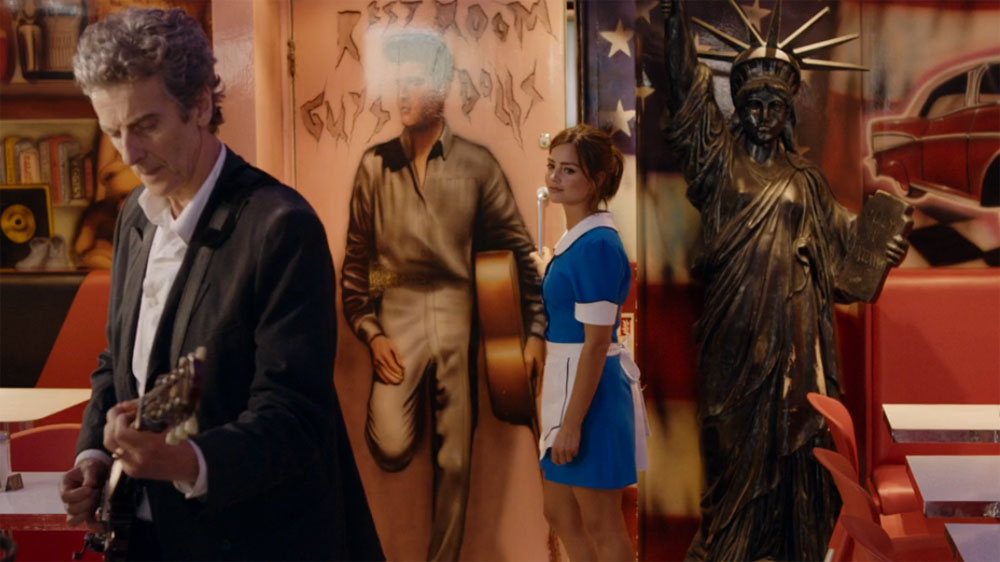 Asked if Clara will still affect the Doctor even now she’s left, Capaldi joked: “Her effects have been left lying around the TARDIS! Her slippers … her makeup’s all over the place. You will have to wait and see.”

It was announced yesterday that Sherlock writer Mark Gatiss will return with his ninth Doctor Whoepisode next year, following 2015’s ‘Sleep No More’.

Do you hope that the Doctor hasn’t really forgotten Clara? Let us know below…