The BBC has released the official story synopsis for the seventh episode of Doctor Who‘s new season.

Written by Peter Harness, ‘The Pyramid At The End Of The World’ airs on Saturday 27 May on BBC One.

The synopsis reads: “A 5,000 year-old Pyramid stands at the centre of a war zone, where the Chinese, Russian and American armies are about to clash. There are many problems with that, but the one that intrigues the Doctor is this: there wasn’t a pyramid there yesterday.

“The Doctor, Bill and Nardole face an alien invasion unlike any other, and before conquest can begin, these aliens need the consent of the human race…” 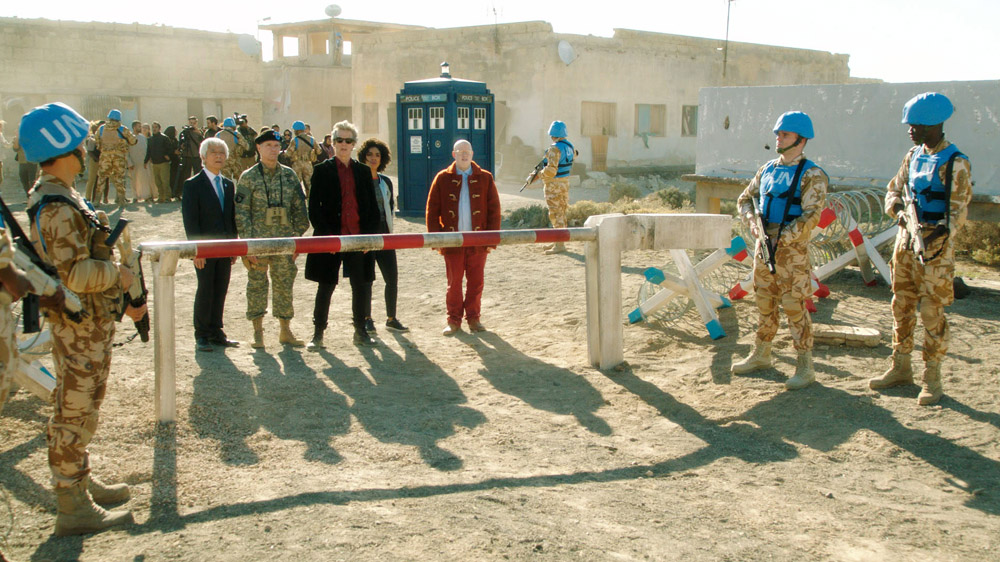 Season 10 continues at 7.15pm this Saturday on BBC One with ‘Oxygen’.

Are you looking forward to ‘The Pyramid At The End Of The World’? Let us know below…