Kamala Khan features in her new uniform, surrounded by characters from the show.

Updated 09/05/21: Another new mini-trailer lands as Kamala Khan’s adventures begin in less than a month.

With Disney+’s Ms Marvel series set to launch internationally in June, the streamer has dropped another quick teaser over the weekend. In this one, we see a little maternal support offered by Kamala mother Muneeba (Zenobia Shroff). Plus some supportive best friend sass from Bruno (Matt Lintz).

In one month, witness the beginning of a new marvel 💥

There’s also plenty of Kamala (Iman Vellani) getting to grips with her powers, whilst also seemingly enduring a crisis of confidence. The teaser ends on what we hope will be an ongoing catchphrase… “Cosmic!”

Running for six episodes, Ms Marvel launches on Disney+ on Wednesday, June the 8th. Additionally, it has a special cinematic release in Pakistan too.

Kamala Khan features in her new uniform, surrounded by characters from the show.

With the launch of Ms Marvel only a few weeks away, Disney+ have followed up their March trailer with an eye-catching poster. The new image sees Kamala Kahn surrounded by her friends and closest family from the show. 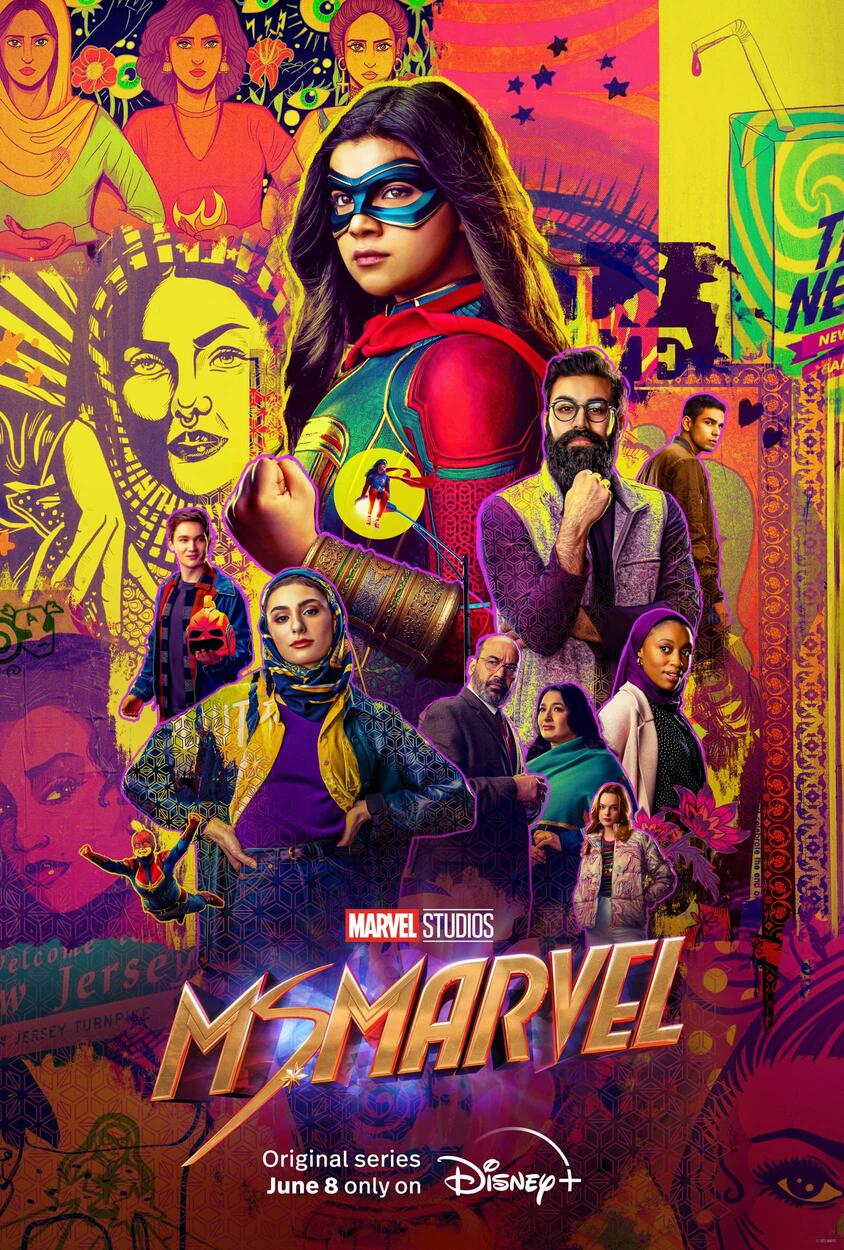 It’s a vibrant image, marking the show out as something quite different from Disney’s other superhero fare. It chimes with the feel of the trailer which was fun and engaging, introducing us to Kamala’s teenage world.

Ms. Marvel is a new, original series that introduces Kamala Khan, a Muslim American teenager growing up in Jersey City. An avid gamer and a voracious fan-fiction scribe, Kamala is a Super Hero mega-fan with an oversized imagination—particularly when it comes to Captain Marvel.

Yet Kamala feels invisible both at home and at school—that is, until she gets super powers like the heroes she’s always looked up to. Life gets better with super powers, right?

We expect Ms Marvel to be a limited series. The show serves to introduce Kamala Khan before she takes her place beside one of her heroes; she’s joining Brie Larson’s Captain Marvel and Teyonah Parris as Monica Rambeau (Wandavision) for the upcoming MCU movie The Marvels. 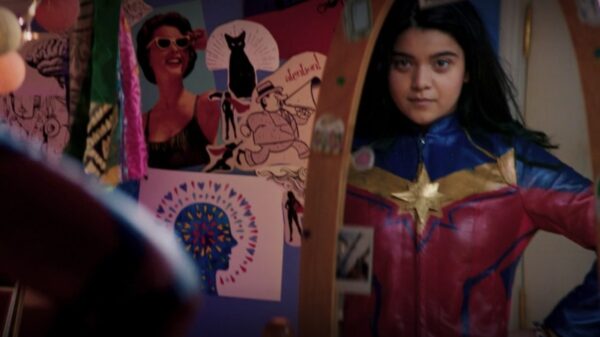 Ms Marvel launches on Disney+ on Wednesday, June the 8th. The show runs for six episodes.