The Marvel Cinematic Universe’s Phase 4 theatrical slate shifts across 2022 and 2023.

With various of its productions catching up due to the pandemic, a number of previously announced Marvel movies are going to be arriving slightly later than expected.

While the upcoming Eternals premiered on October 18, 2021 in LA, and Spider-Man: No Way Home is still due in December, many titles in the remainder of the MCU’s Phase 4 slate have shifted. (NB. All of these announced dates are for the US, though the UK usually gets them within a day or so).

Doctor Strange in the Multiverse of Madness 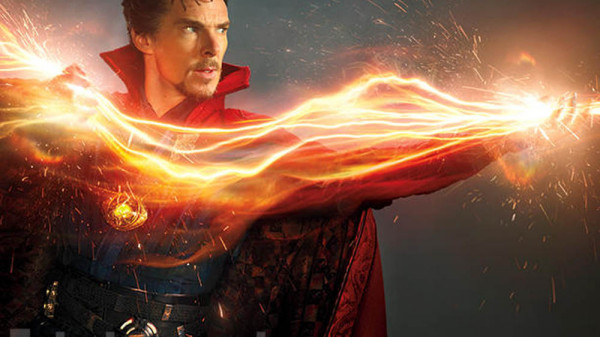 The Sam Rami directed Doctor Strange sequel was due in March, but will now land on May 6th, 2022 instead. Doctor Strange in the Multiverse of Madness is set to feature Elizabeth Olsen’s Wanda (aka Scarlet Witch) as well as Benedict Cumberbatch’s Sorcerer Supreme. Also returning are Benedict Wong and Chiwetel Ejiofor as Baron Mordo. 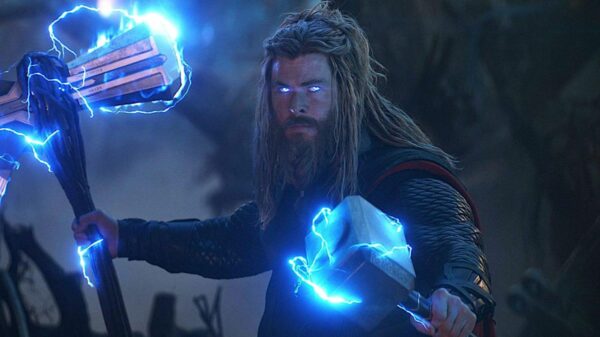 Taika Waititi’s Thor sequel, the fourth Thor movie, bounces from May to July 8th, 2022. Chris Hemsworth is back as Thor, but so is Natalie Portman – as well as Tessa Thompson’s Valkyrie, Jamie Alexander’s Sif and Geoff Goldblum’s Grandmaster. Also featuring are most of the cast of Guardians of the Galaxy – as well as Christian Bale as Gorr the God Butcher. 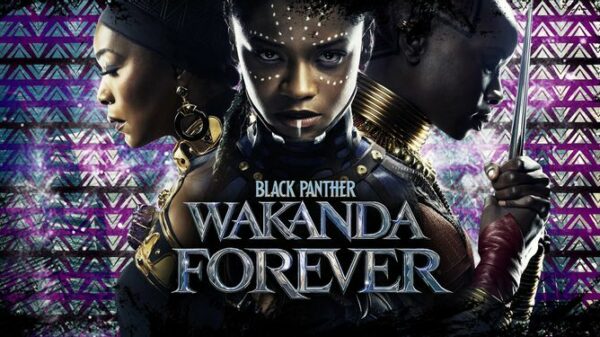 Despite the sad passing of Black Panther’s star Chadwick Boseman, the story of his civilisation continues in Wakanda Forever, with director Ryan Coogler returning.

Now bumped back to November 11th, 2022, we are looking forward to the return of Lupita Nyong’o as Nakia, Danai Gurira as Okoye, Letitia Wright as Shuri, Winston Duke as M’Baku and Angela Bassett as Ramonda. The film is also expected to introduce Dominique Thorne as Riri Williams, before she spins off into her own Disney+ show Ironheart.

Pushed into 2023, the Captain Marvel sequel The Marvels will now land on February 17th. Still in production, Brie Larson will return as Captain Marvel, joined by Teyonah Parris as Monica Rambeau (seen gaining her powers in Wandavision) and the upcoming small screen hero Ms. Marvel, as played by Iman Vellani.

With Zawe Ashton (Fresh Meat) playing the villain, The Marvels is being directed by Nia DeCosta.

Ant-Man and the Wasp: Quantumania 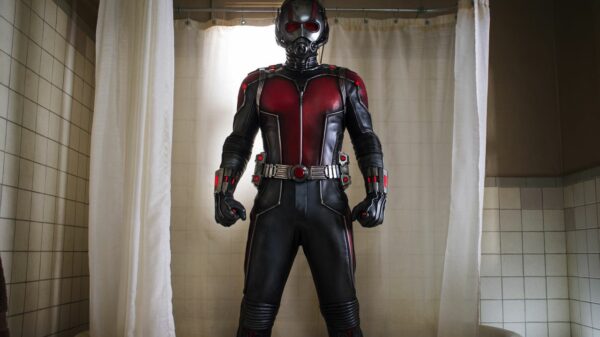 While Guardians of the Galaxy Volume 3 keeps its May 5th slot, the Ant-Man threequel, Quantumania gets bumped along to July 28th, 2023.

Once again directed by Peyton Reed, the whole Lang/Van Dyne clan are expected back for this one, so that’s Paul Rudd, Evangeline Lilly, Michael Douglas and Michelle Pfeiffer, with Kathryn Newton taking on the role of Cassie Lang, Scott’s daughter. After his debut in Loki, as He Who Remains, we should also get to meet Jonathan Majors’ Kang the Conqueror in this one – the character widely expected to be the Phase 4 Big Bad.

What about the small screen?

With Phase 4 also playing out through tie-in television series, we guess there’s a chance that some or all of the Disney+ slate might shift about too. Of course, that’s a more complicated picture as the streaming service also balances its other live-action shows (such as Star Wars) too.

Hawkeye, featuring Jeremy Renner’s sureshot Avenger is launching on November 24th and filling the weeks up to Christmas, with The Mandalorian spin-off The Book of Boba Fett starting on December 29th.

Further than that, the aforementioned Ms Marvel is expected to debut in 2022, as well as Moon Knight, She-Hulk and Secret Invasion. Also, excitingly, there’s a James Gunn directed Holiday Special for Guardians of the Galaxy due for 2022 too, which will feature the main cast and has been made during the filming of GotG Volume 3.

Further down the line, there’s Ironheart, Armor Wars and an untitled Wakanda-based series – as well as second runs for What If? and Loki, plus the recently announced Agatha Harkness spin-off too.

It looks like the MCU superhero juggernaut shows no signs of slowing down. Of course, CultBox will keep you posted.